Supposing you’re not aiming to ring in the new year with thousands of mouth-breathers jam-packed in around you out in the freezing cold, there’s a new alternative. As we are still living in a global pandemic thanks to COVID-19 and we’re entering a new realm of Star Wars all the time, Reddit user Theesm delivered an unexpected gift on the masses: Star Wars celebration time codes.

The time codes you see here are all according to the Disney+ streaming versions of the movies. If you’re looking for the first Death Star explosion, you’re going to want to watch Star Wars: A New Hope. The Death Star II explosion happens in Return of the Jedi – as does the Fireworks celebration. 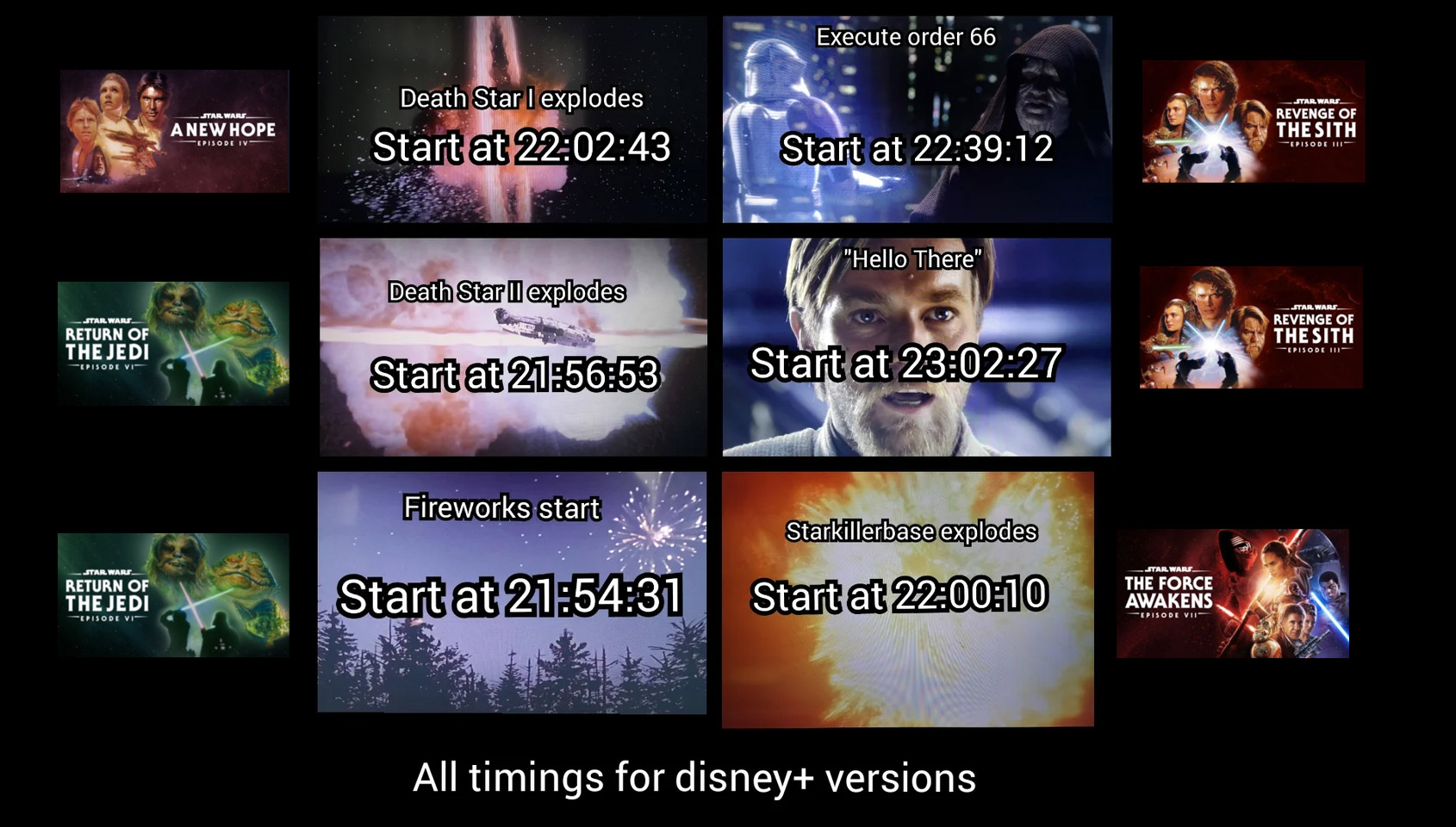 If you’re looking for the ultimate downer, go to Star Wars: Revenge of the Sith and find the point at which Order 66 is executed – maybe if you pretend they’re executing the year 2020 it’ll seem more positive? The Starkiller base explosion happens in Star Wars: The Force Awakens, and you see Obi-Wan Kenobi say “Hello There” in Revenge of the Sith.

Or just get six televisions and line them all up so they blast that key moment at midnight! What better way to destroy the nightmare that was 2020 than with a set of explosions and death, courtesy of the friend that never fails: Star Wars?

Courtesy of Theesm on the Star Wars subreddit, the idea and the times above were delivered. Let us know if you have any other Star Wars moments that might rock the year in right – along with time codes, of course!

Or you could just drop in on the clips elsewhere. Like above, where you’ll see the Special Edition celebration of the end of the Empire (from Return of the Jedi.) Or if you’re a lover of the original version of this celebration, take a tap down memory lane below: