There’s no shortage of classic board games rehashed with more modern features and themed boards — the electronic bank card Monopoly is one example, as is the recently unveiled Skyrim Monopoly version. The latest classic game to be offered with a special theme is “Clue,” the sleuthing game that, in this case, puts players on a 2-storey Death Star. The new game, simply called “Star Wars Edition,” is available now from Hasbro.

The new game, which costs $24.99 USD, features the characters Leia, Luke, Chewbacca, Han, C-3PO and R2D2. By the sounds of it, the game works the same way as the regular “Clue,” but takes place on the Death Star rather than in a mansion. The board is composed of five cardboard pieces that, when assembled, form a game board with two levels. 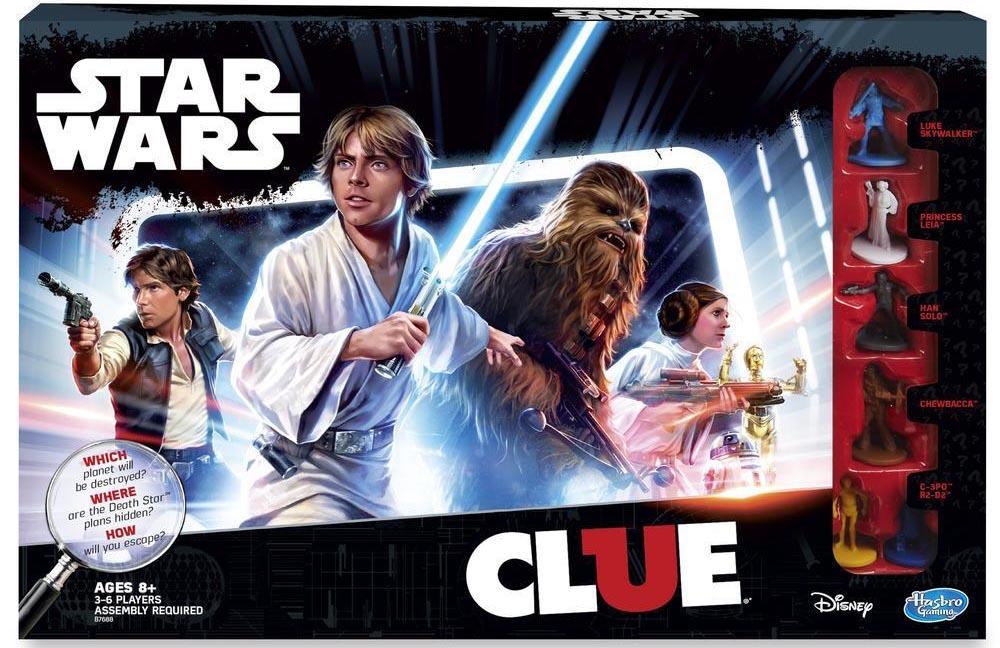 Other game pieces include a half dozen planet tokens, a mission notepad, 21 Clue cards and 19 Corridor cards, half a dozen vehicles, die, and the game guide. If you win, you’ll have successfully saved the galaxy from destruction — lose and the galaxy is doomed.

Though the gameplay itself sounds more or less the same, the goals are different. Players must figure out what Darth Vader is up to (who or what his next target is), and also find the secret plans to the Death Star likely in order to destroy it. You can’t destroy it without a way to escape, though, so gamers will also have to steal a proper vehicle to get off the station.