The following article centers on leaked images and spoiler information from the upcoming Star Wars movie The Force Awakens. Because of this, we’d like to take this moment to warn you not to proceed further if you’re not excited to see what’s going to happen in this next installment in the never-ending Star Wars saga. Today’s installment of leaks aplenty centers on three crucial bits of information: a crashed TIE-fighter, Daisy Ridley’s integral role in this next trilogy, and the appearance of both Han Solo and Princess Leia.

The first thing you’re going to see here – after the blacked-out-for-safety image above – is a bit of concept art. This is a TIE-fighter that’s been shot down in a way that allows its pilot to have survived.

The TIE pilot is almost certainly John Boyega. He’s the short stormtrooper you see in the trailer – also the stormtrooper covered in beads of sweat with his helmet off.

Boyega is a sort of conscious objector to the massacre that’ll be happening at the start of Episode 7, so he takes a TIE-fighter and peels out. He’s chased, his ship is shot down, and he’s in trouble.

NOTE I: The information you’re reading here is based on leaked plot points collected from several sources. We’d recommend checking out Making Star Wars for your most in-depth look at leaks – much of what you read here comes from their inside sources.

NOTE II: We’re trying to bring this information to you in a nutshell – there’s a WEALTH of data being leaked right now, so please stick around as we continue to doll it out in consumable portions.

Boyega comes in contact at some point – perhaps in his rescue – with Daisy Ridley.

Over at Star Wars Wikia you’ll find an account of how Ridley saves Boyega. 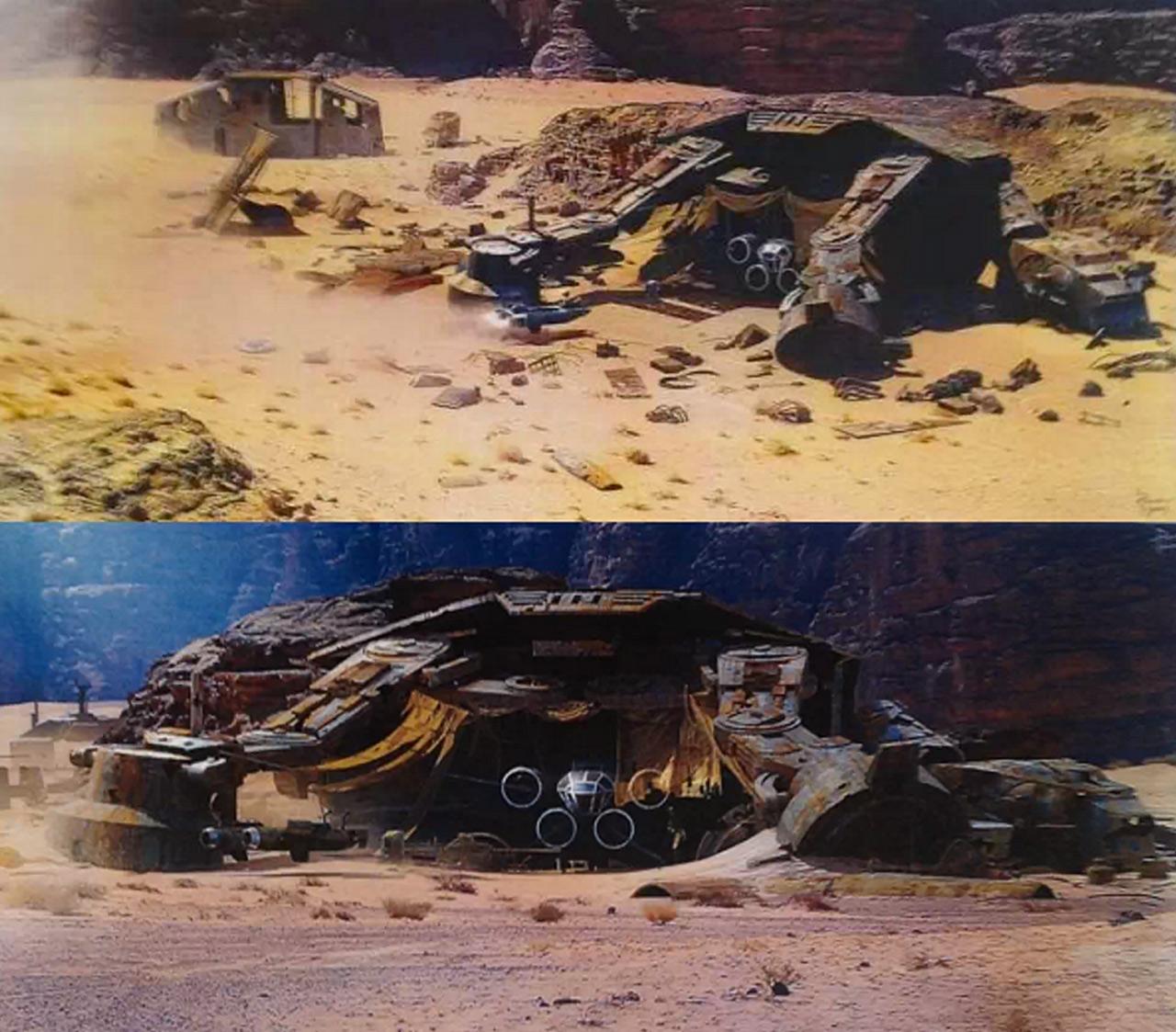 ABOVE: Ridley’s home. Living in a knocked-down AT-AT junking for parts.

Together Boyega and Ridley converge on Ridley’s discovery of Luke Skywalker’s lightsaber.

This is the same lightsaber Obi-Wan took from Anakin in their lava-bound fight, given to Luke on Tatooine, dropped in the snow on Hoth, picked up and chopped away, hand and all, inside Cloud City on Bespin. Darth Vader did the chopping, but at this point – besides non-cannon book explanations – we don’t know where the lightsaber went beyond that.

Boyega’s also met up with Oscar Isaac whilst captured and they both try to escape – and are subsequently saved by the daughter of Princess Leia. Ridley is that daughter.

ABOVE: four leaked images suggested to be concept art for Daisy Ridley’s character showing her progression from junker to heroin.

So Ridley and Boyega (we don’t know where Isaac went at this point, or if he comes with) meet up with Han Solo to see about this fabulous lightsaber.

Solo takes them to see Leia – perhaps running into a few more TIE fighters along the way, and eventually some set of these leads head in to see Luke Skywalker.

Sound like a rad beginning to an epic trilogy? We can’t wait for more! Head to the timeline before for additional bits and pieces and stay tuned to our Star Wars tag portal as well!