Today we’re running through the newest Star Trek: Picard trailer, as Sir Patrick Stewart returns to his most well-known role as now-former captain of the USS Enterprise. Here in the latest trailer we learn of the appearance of several major players and returning faces – stuff that we were SHOCKED did not leak before reveals here in this trailer. Have a look, and if you’re not all about spoilers, turn back now!

The following mini-guide to the show will roll up in order of appearance in the trailer, with the exception of the first bit – which serves as a setup for the rest. We begin with the actors, and with what we knew before now.

We learned a bit more about where and when it’ll appear and how we’ll be able to see it (assuming we won’t just download the lot, of course). And then there’s the that bottle of wine. That precious, Chateau Picard.

8. Data in the drawer

We see a dissembled Data in a drawer. The drawer seems to be rather precious-looking, and it’s not the sort of place we’d expect the public to be looking. This isn’t a museum, it’s an archive. It’s probably in a safe-house, given the technology inside the body.

Star Trek: Nemesis showed us how this Data came to be. We know Data is no longer alive. If we remember our Nemesis history, we also know there’s at least another one Soong-type android in the universe, other than Data and Lore – this one’s called B-4, and it MIGHT appear later in the trailer.

Out in the rain, at the corner of a block, we see a set of televisions behind a set of windows. These televisions are showing what appears to be an interview-like situation with Picard. Like he’s being featured on a news program, or a documentary. On the right we see what we can assume is the woman from the next clip.

The woman removes her hood and asks (who we must assume is Picard) “Do you know who I am?” She also says “everything inside of me says that I’m safe with you.” NOTE: She uses a contraction, which isn’t necessarily proof she’s not an android, but is an indicator that she’s (at least part) human.

She also has a significant gash in her head. Maybe from a recent fight, or a rudimentary operation. Maybe she had some… hardware… removed…

As Picard approaches what we can assume is some sort of Starfleet building, there’s a character clad in mostly gray and silver, with a smooth metal head (or helmet). After Picard tells the “Admiral” that he’s “encountered a woman” who is “looking for help”, we see some phaser fire, from a character that looks like it COULD be the same character we’ve just seen passing Picard.

It could also just be the latest iteration of the biker police we see in Star Trek (2009) – the one that tried to apprehend a young Kirk driving a convertible off a cliff.

UPDATE: Forget that silver-headed being. We see our mysterious hero fighting several of these helmeted figures fighting on a set of steps right after she’s first fired upon.

What do you mean, Picard? If you think she is who I think you think she is, she’s gotta be someone you considered in a show or movie before – right? Surely we’re not speaking about something Picard’s only thought of outside the movies or the shows.

Could this be a time-traveling early iteration of the Borg Queen? Couldn’t be, right? The Borg Queen we know has no such gash in her head, and no scar as such. Or perhaps we’re thinking too small, in such three-dimensional terms.

4. This Facility has gone… Romulan?

At about 1:02 into the trailer we see a set of troops walking along the deck of what appears to be a borg ship. The consoles with the circles above are indicative of a borg ship. But what’s this, the hair styling, the red logos on the railings – is this a borg cube that’s been taken over by Romulans?

“This Facility has gone 5842 days without an assimilation.” That’s 16 years, where the start of the Picard television series is supposed to take place 20 years after the events of Star Trek: Nemesis.

And yes, this Picard series does indeed work with the new Star Trek films as canon. As such, Spock’s attempt to stop the expansion and explosion of the Hobus star failed, and the Hobus Nebula was formed… but not before destroying planets like Remus and Romulus.

Hey, all the borg are detached from the collective now, right? They’ve been essentially destroyed several times over. In the moment of cube we see at 1:34, *the light in this structure is blue. 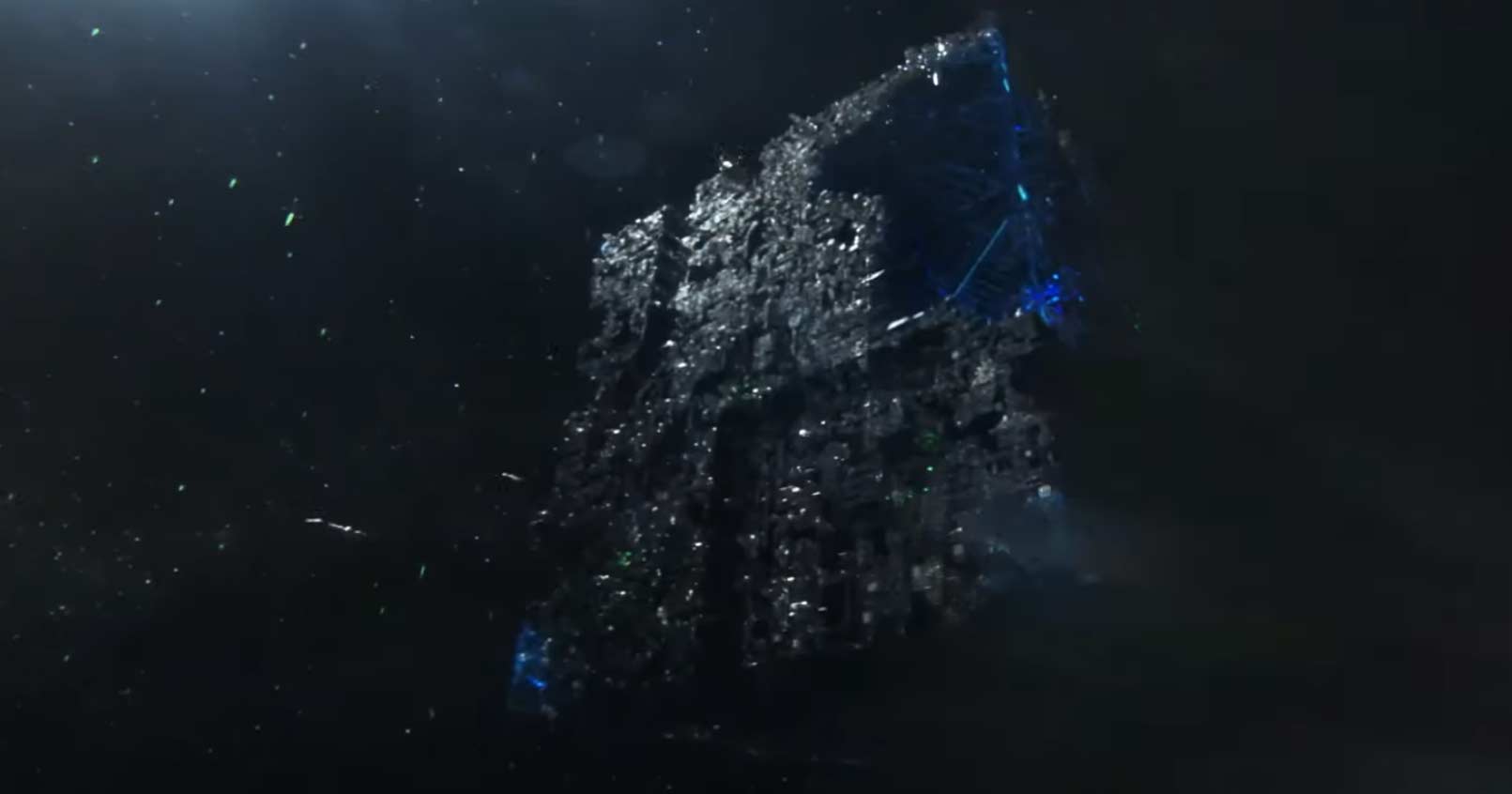 It would seem that the romulans have found a way to make use of a borg cube – at least one borg cube – and are rebuilding their society with… the borg that’ve been removed from the collective? Sounds wild enough to work!

We see a borg having some parts removed at around 1:45 – almost certainly the same one we saw at 0:57. Could it be that we’re just taking borg apart from moment one in this show?

We know we’re going to get some assistance on all of this borg stuff from Seven of Nine, played by Jeri Ryan, too. She’s been back in the same quadrant as most other humans since 2378 – that’s over 20 years before this Picard business begins. 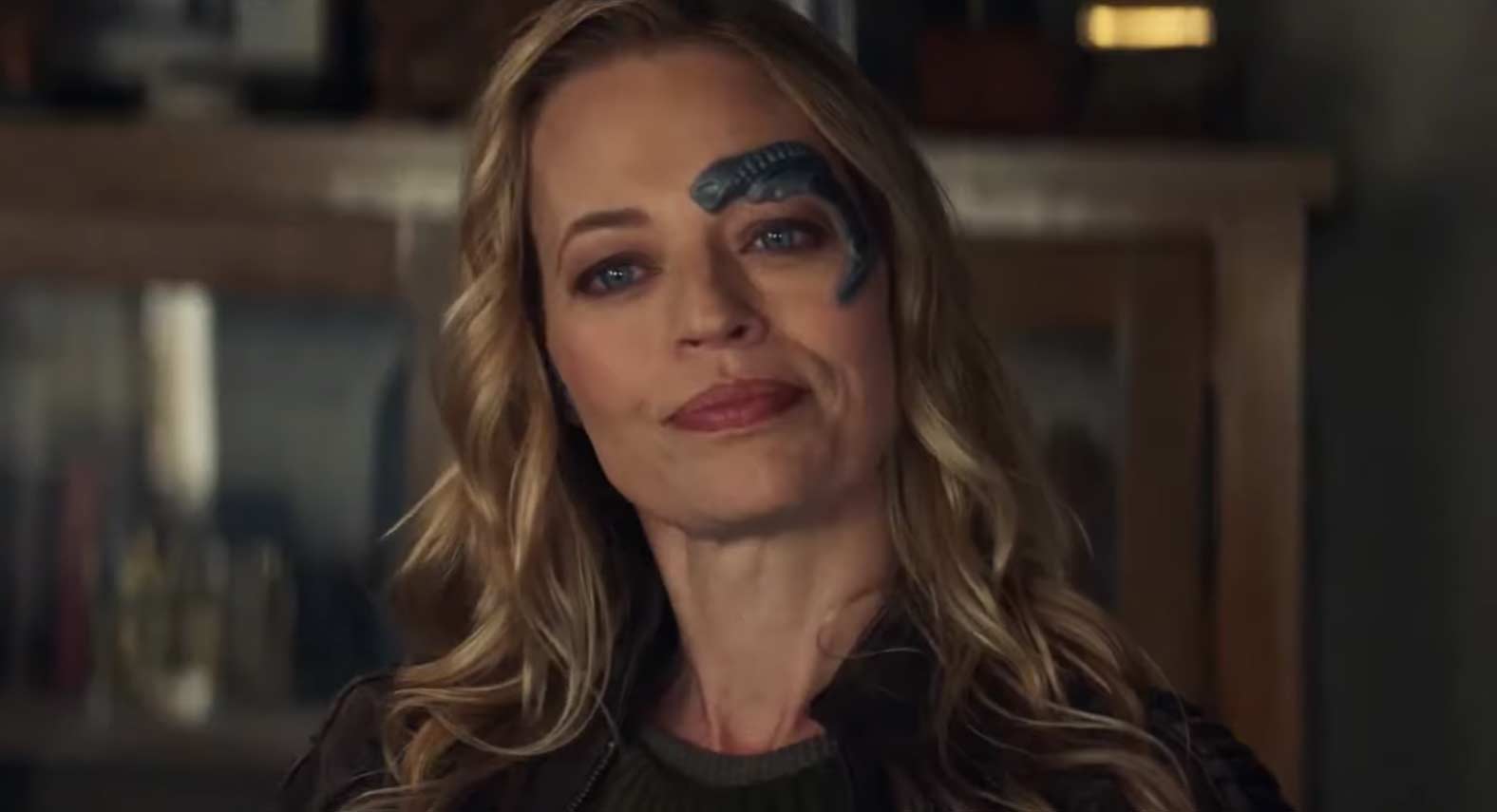 We see Picard playing cards with what appears to be Data. This cannot be so, right? Maybe it’s B-4, maybe it’s just a holodeck game. We know Picard’s one of many people in the show that used the holodeck to visit long-since-dead contemporaries – why not continue that tradition now?

On that same note, the borg Hugh is set to appear in this show. Still played by the same actor, Jonathan Del Arco, this character (aka Third of Five) jumpstarted the chain-reaction that brought some semblance of individuality to all borg in the greater collective.

There’s so much to unwrap here it’s kinda shocking. Think about what this all means for the borg-loving Picard-loving Star Trek fan out there in the world. It’s like a dream come true! Or a nightmare made flesh – whatever you want!

At this time it’s suggested that the show will premiere in “early 2020” and that it’ll be released exclusively to CBS All Access.