Spacebit will send your internet pics to the moon

Spacebit is a company that we’ve previously spoken about with regard to their space spiders. They’re bringing some jumping, crawling machines to the moon in the near future, and they’ve got some ideas for how to make the whole project all the more public and fun for the masses. One of these ideas is to gather a whole bunch of photos from interested people on the internet to engrave upon a piece of metal that’ll be sent with the spiders.

As you’ll see in our Spacebit Moon Spider article from October 15, there’s two major elements at play here. One is the Spacebit carrier (one with four wheels) that’s meant to carry the other major element: the four-legged spider rover. Four spiders fit on the one carrier, and they’re all going to the moon. 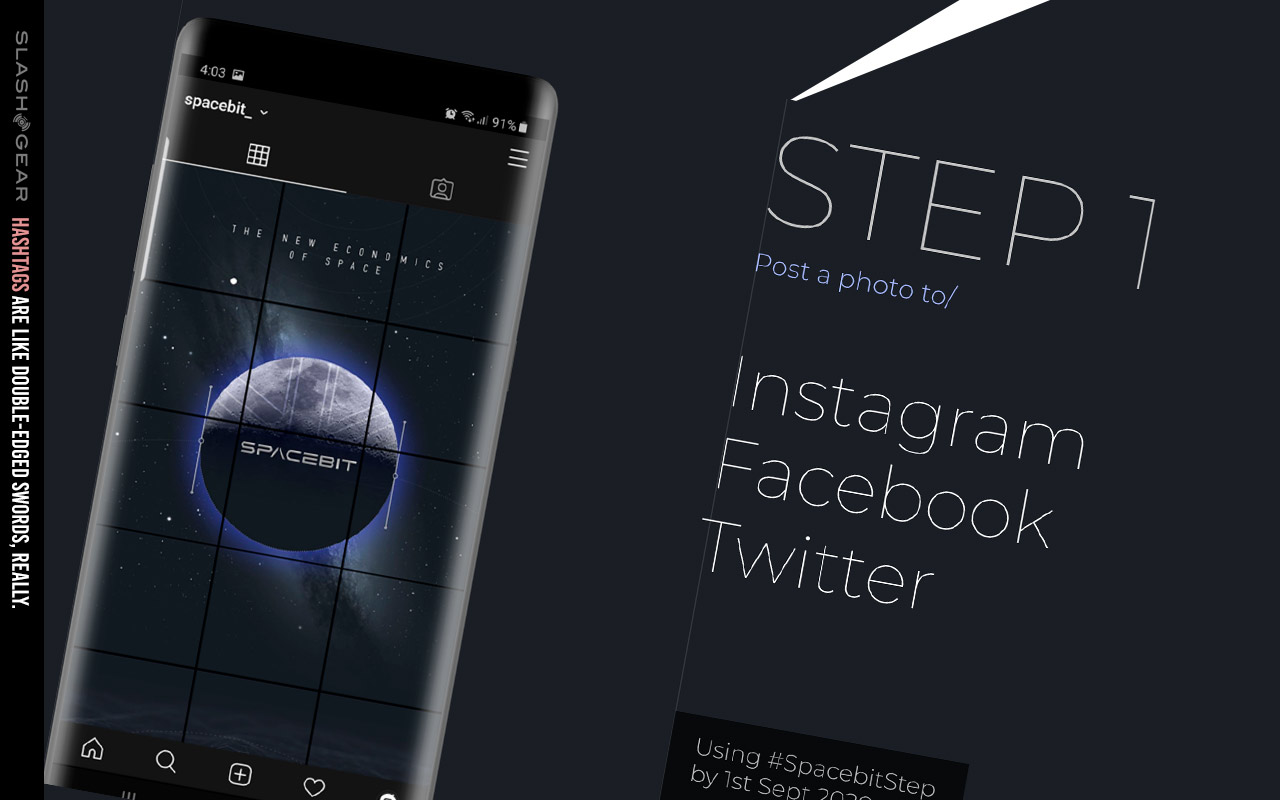 You can send a photo to the moon

It would seem that Spacebit is set on making social media-based decisions that could eventually, metaphorically, blow up directly in their faces. One of these is the “Make your mark on the moon” announcement, announced on October 10, 2019. With the mission outlined above, they’re aiming to “engrave up to 50,000 randomly selected posts” from social media on Facebook, Twitter, and Instagram, using the hashtag “#SpacebitStep”. 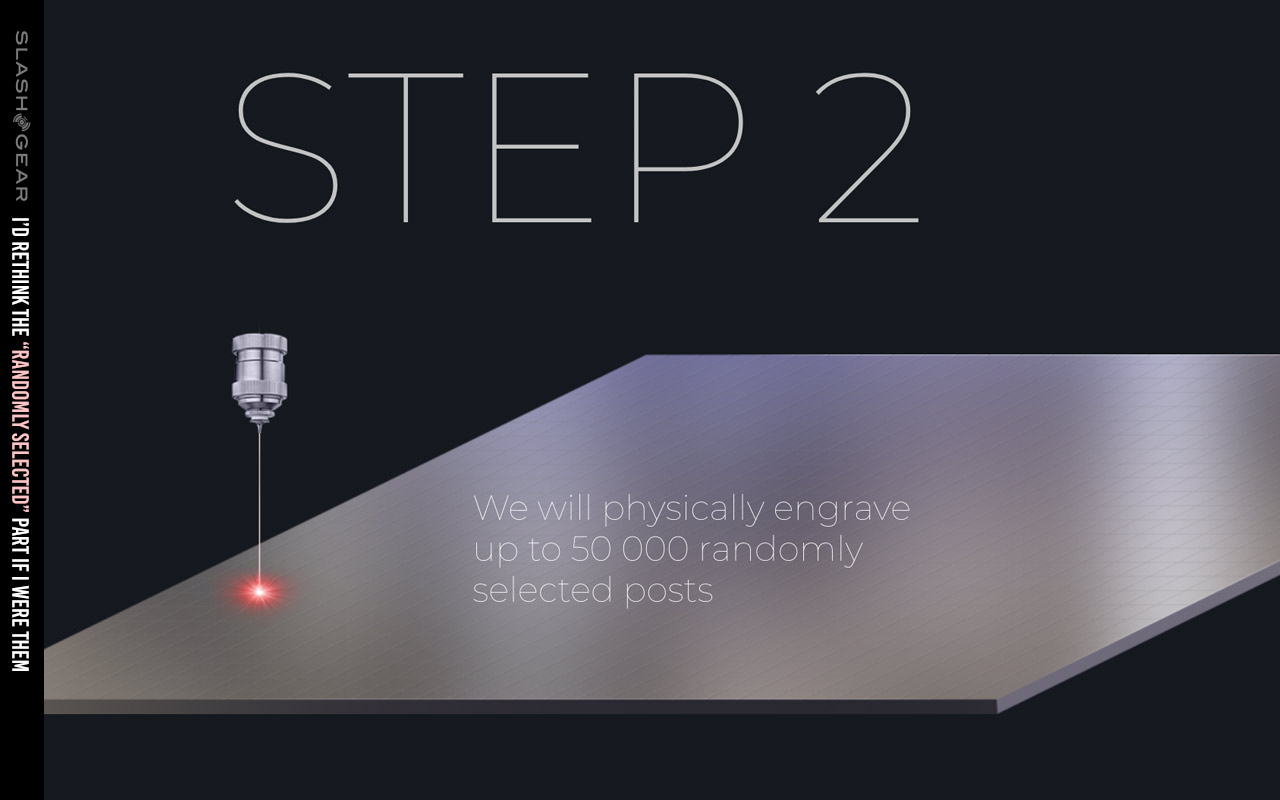 Users should type “#SpacebitStep” with posts of… apparently whatever they want… to Facebook, Instagram, and Twitter. Per the Spacebit Step page, they will “physically engrave up to 50,000 randomly selected posts” to a plate. That plate “will be sent to the moon in 2021.” There is a shocking lack of disclaimers on the pages on which this social media initiative was listed. 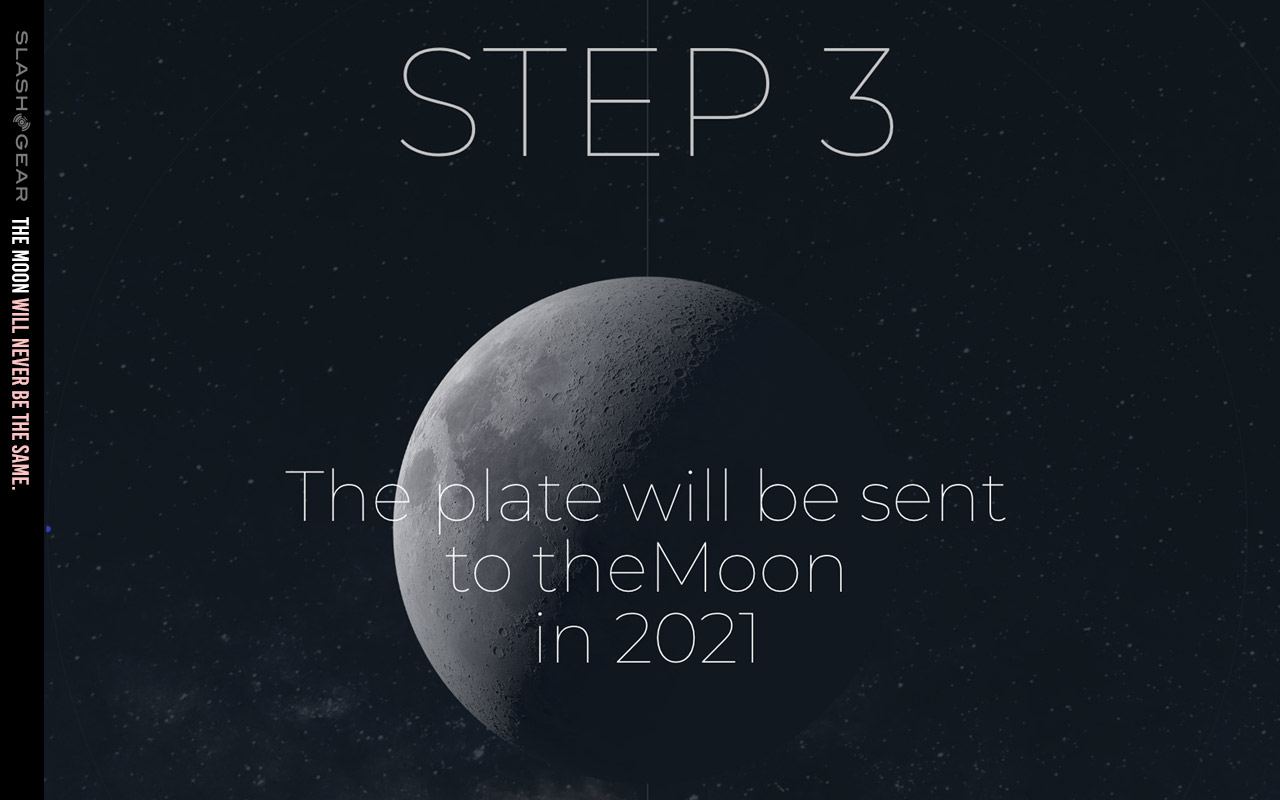 Also, schoolchildren will name the rover

Back on October 10, when the company first announced they’d be sending the “smallest rover ever to the moon in 2021”, they also noted that it did not yet have a name. In the past, some perhaps shortsighted organizations have called upon the internet for name ideas for anything from a new research vessel to an adopted owl.

For example the Natural Environment Research Council’s “#NameOurShip” campaign back in the year 2016. That campaign resulted in the internet-voted name “Boaty McBoatface”. The official name of said craft was later revealed as “RRS Sir David Attenborough.”

The name Boaty McBoatface was suggested at the time by BBC Radio Jersey presenter James Hand. Hand suggested the “face” name as an homage to an owl that was adopted by one Lee Dixon at the Kirkleatham Owl Centre in Middlesbrough, UK. Dixon adopted the owl (which means he contributeed toward its health and upkeep at the Owl Centre), then named it something so fantastic that it became a much-shared internet sensation soon after it was first revealed.

The sensation continues here in 2019 with this new craft from Spacebit. As suggested by New Scientist back on October 10, “it will be open to schoolchildren only,” and “Rover McRoverface is a distinct possibility.”

They should be able to avoid the internet-driven madness that comes with polls launched on said web, but schoolchildren should be able to summon something just as wild! Cross your fingers for a positive if not completely strange and wonderful outcome!