You might associate Sony’s display technology with big-screen 4K TVs, but the company has something new and pixel-dense that’s much smaller to announce. The Sony OLED Microdisplay EXC339A may not have a particularly catchy name, but its high resolution could have a big impact on mirrorless camera photography, virtual reality, and smartglasses.

That’s because it runs at UXGA resolution, which works out to 1600 x 1200. While that might not sound like a huge achievement in overall display terms, considering the OLED is just half an inch diagonally it’s pretty darn impressive. In fact, Sony says, it’s 1.6x higher in resolution than its predecessor in the 0.5 class. 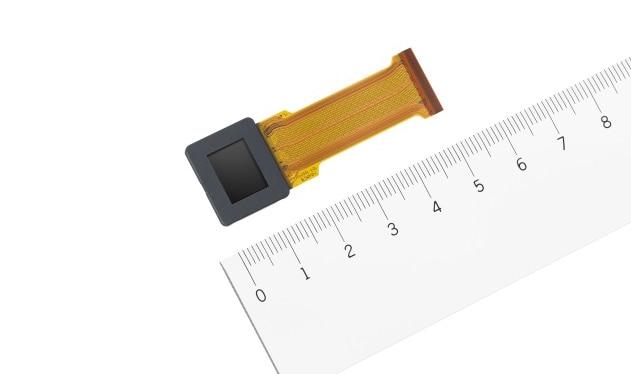 To do it, Sony needed a smaller individual pixel pitch, specifically 6.3um. Given the extra pixels the screen could’ve ended up demanding more power, but Sony reworked the drive circuit design, so that it runs on half the voltage of the OLED’s predecessor. That means the overall power consumption is about the same, despite the resolution improvement.

It’s not just the number of pixels but how fast they are, too. Frame rates of up to 240 fps are supported, nearly doubling what the old QVGA Microdisplay could deliver. Viewing angles have been improved, too, by shifting the color filter down to dit right on top of the silicon substrate and thus closer to the light emitting layer.

The first applications we’re likely to see for the new Sony Microdisplay is in digital cameras. More specifically, as the electronic viewfinder – or EVF – where its greater detail will make exact framing and focusing more straightforward. However, that’s not the only place Sony envisages the tiny screens being popular.

Beyond digital cameras, Sony is also expecting interest in the OLED Microdisplay for augmented reality smartglasses and other head-mounted displays. There, the higher refresh rate will be particularly helpful in preventing motion sickness in AR and VR headsets, Sony points out, while the combination of higher resolution with around the same power consumption should pay dividends for overall device battery life.

Sony says the new screen has been sampling to customers from the start of the year, though it doesn’t expect mass production to begin shipping until November.