The Sony ZV-E10 was revealed this week with abilities that eclipse the company’s otherwise most impressive “creator-centric” cameras designed for video creators and vloggers. The camera works with a 24.2-megapixel APS-C Exmor CMOS sensor and BIONZ X image processing engine inside, ready to connect to all manner of lenses from the get-go. The features on this Sony ZV-E10 camera will be familiar to those users that’ve already handled the Sony ZV-1, but here the machine can expand in a wide array of ways with Sony E-mount lenses aplenty.

The Sony ZV-E10 camera works with the ability to be “used as a webcam without an external adapter. To do this, the Sony ZV-E10 connects wirelessly with a PC or smartphone OR with a USB cord, using UVC and UAC video and audio standards, ramping up the game for those users already connecting external cameras for their web-centric creative needs. 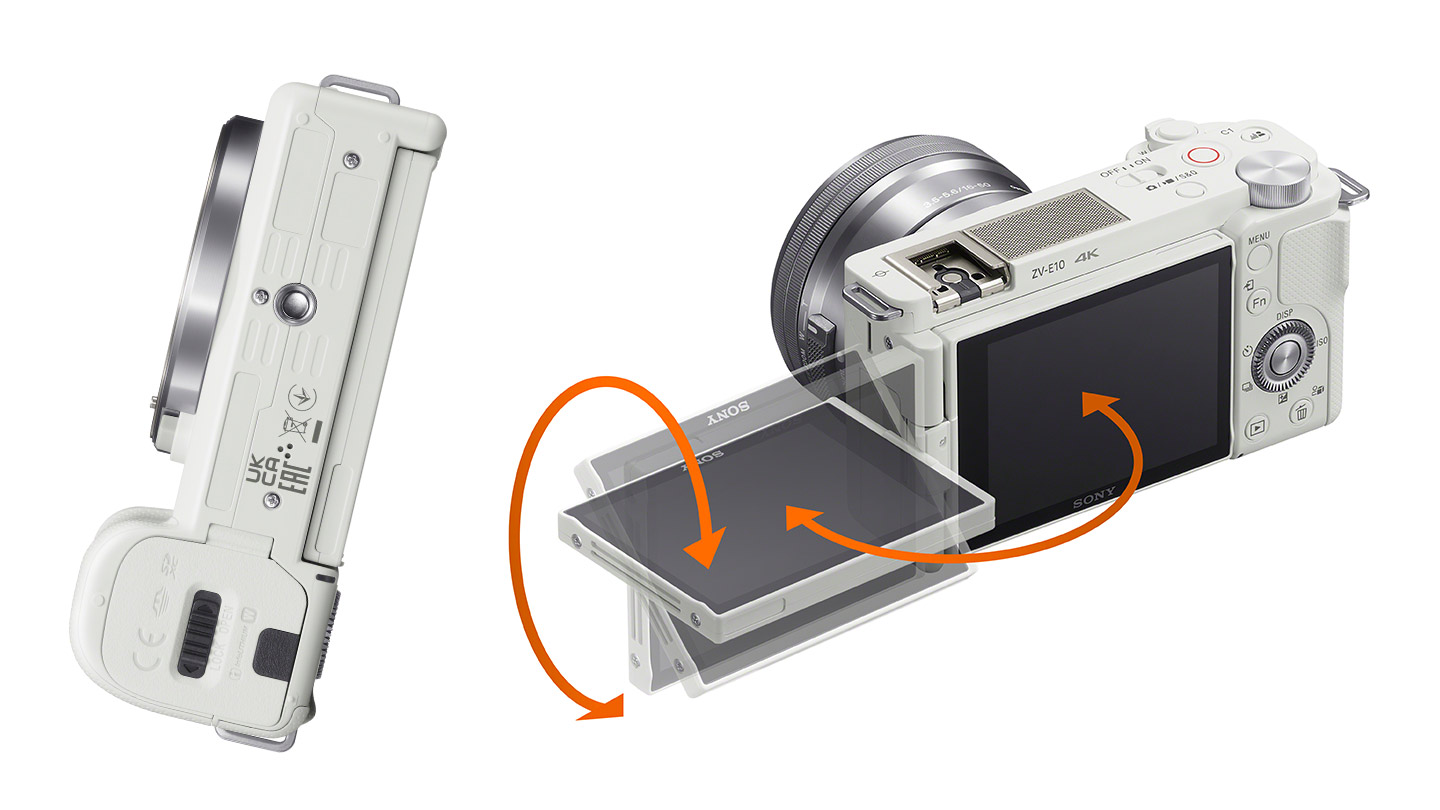 This camera has a flip screen with tally light so the user can capture content without needing a secondary live view monitor. This camera can capture 4K video with 6K oversampling and can stream video in an array of formats. Audio can be captured with the camera’s built-in 3-capsule mic.

The Sony ZV-E10 works with connectivity potential for audio and video, including Sony’s digital microphones using the Multi-Interface Shoe, and (again) the Sony E-mount lens system. This APS-C interchangeable lens camera can be used with a variety of E-Mount lenses, and will be sold with a kit with an E PZ 16-50mm OSS power zoom lens, or on its own.