As smartphones get loaded with hardware features, the space inside them gets more cramped. And as they start sporting premium looking, metallic, unibody designs, they also start to get tighter and harder to open up, making teardowns, originally meant for repairing devices, harder every new generation. Sony’s latest smartphones are no exception, though fortunately they aren’t as difficult as, say, a Nexus 6P. That said, there were still a few gotcha’s and pitfalls in the Sony Xperia Z5 ready to ensnare unwitting technicians. Luckily, this teardown guide uncovers almost all of them.

The Xperia Z5’s more conventional, non-unibody design makes it easier to open up, but it’s not exactly a work in the park. A generous amount of heat is needed to loosen the adhesive, and even then, a few picks also need to be enlisted to pry open the cover. Interestingly, the battery itself isn’t exactly that hard to remove. All it needs is to be disconnected from its connector and its adhesive strips pulled out. Easy to replace but a real pain to get to.

Inside, almost everything is held together with standard screws and adhesives, which make it not an impossible task but definitely a chore. The most difficult part is actually the painstaking care needed to separate the parts, some of which are in rather unconventional locations. For example, the fingerprint scanner, traditionally either on the home button or at the back, is located under the power button on the side. Extra care is needed when removing the main flex assembly. 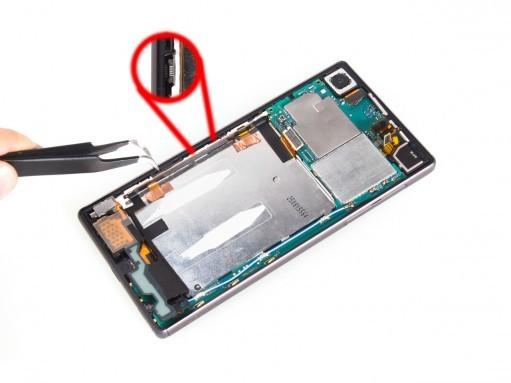 And then there are the adhesives. A lot of them. Some not immediately visible. For example, both the bottom mic and the front camera have a generous amount of glue holding them in place.

The teardown was done by a third-party and not by iFixit itself, so there isn’t a wealth of factoids this time around. The process also doesn’t go into the display assembly, but we can pretty much guess it’s a fused setup like many other smartphones these days. There isn’t a score here either, but if we were to take a gander, we’d say that the Sony Xperia Z5 would score a 6 or a 7 because of its modular parts and standard screws but also because of the amount of adhesive used here and there.