Fans of Sony‘s Xperia line of devices have something to look forward to starting today. The company’s latest premium tablet, the Xperia Z3 Tablet Compact, is now ready to take on pre-orders in the US. This practically marks the completion of the availability of Sony’s Xperia Z3 triumvirate in the US, at least as far as its own e-store is concerned. Strangely, only the white color option seems to be available if you buy the tablet directly from Sony, with no sign of the black variant we put through our hands-on test.

In an age of growing gadget sizes, Sony went the opposite direction and gave its fans a smaller option, at least as far as tablets go. Instead of the usual 10-inch form that it’s past two tablets took, the Xperia Z3 Tablet Compact shrinks down to 8 inches. Unfortunately, though not exactly correlated, the screen size didn’t change either, remaining at the 1920×1080 Full HD of the previous generations. The tablet also boasts of one of the slimmest profiles in Sony’s lineup, measuring only 6.4 mm.

Despite the small size, the Xperia Z3 Tablet Compact is no underdog, running on a 2.5 GHz quad-core Qualcomm Snapdragon 801, supported by 3 GB of RAM. The rear camera won’t be as drool-worthy as its smartphone brethren’s, but at 8.1 megapixels, with the same digital photography technology that Sony is known for, it is definitely decent.

But aside from the hardware, the supporting features and software also help make the tablet a winner. The highest waterproofing grades of IP65/IP68 make it ideal to take with you anywhere. The Xperia Z3 generation also offers PlayStation 4 gamers an edge, by bundling the new PS4 Remote Play app that transforms the smartphones and this tablet into an extension of the gaming console. 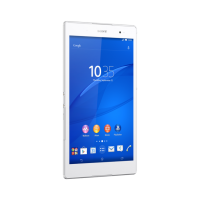 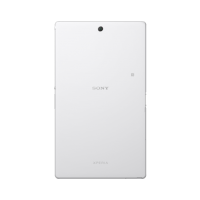 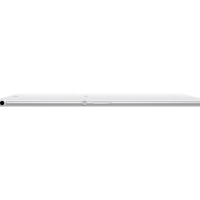 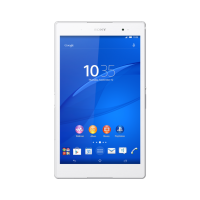 The Sony Xperia Z3 Tablet Compact is now up for pre-order for a price of $499.99, with shipping noted to start on November 2. As mentioned, only the white model is available. At IFA 2014 where it was unveiled, the tablet was noted to have a nano SIM card slot, a detail that is noticeably missing in this launch. Perhaps a different model bearing that feature will be available directly from carriers, though Sony has not yet detailed any such plans for its latest tablet.