Are we there yet? Not exactly, if you’re waiting for Sony‘s big press release at IFA 2014. But while we wait for the full details of the OEM’s new Android lineup, we have here some last minute surprise sightings of two rather special rumored Sony devices: a copper colored Xperia Z3 variant and the e-ink toting SmartBand Talk.

As with the Xperia Z3 Compact leak we saw yesterday, the Xperia Z3 seems to also eschew the purple color of previous Xperia flagships. Either that or Sony is considerably expanding the color offering this time around. Here we get to see, in addition to the usual black and white options, a mint green variant and a copper coated one, definitely a rare sight in the mobile world. Judging by these press photos, these colors are designed to give an extra premium look, though the choice of copper might be a strange one for some. 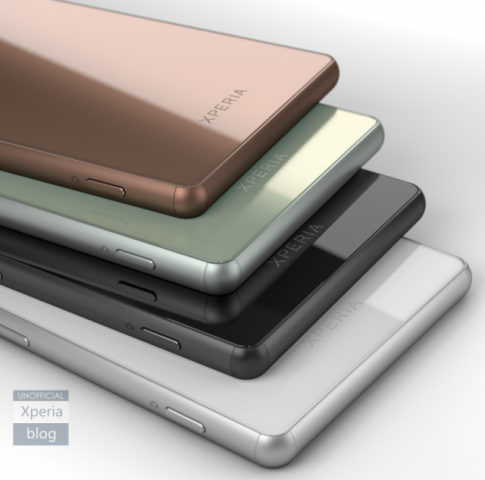 Though not the focus of the shot, Sony’s leaked fitness band also makes an appearance. The SmartBand Talk is definitely an interesting surprise because of the decision to go with an e-ink screen, a curved one at that, instead of an LCD or even an LED array that most fitness bands use. At least when they do have displays at all. This would give the SmartBand Talk considerable savings in battery without skimping too much on the quality of the display. Not much else is known about this smart fitness band, like whether that display will actually be touch-enabled. 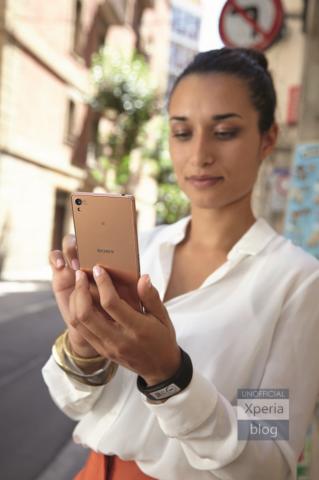 Sony has quite the lineup this week for IFA 2014, which includes the Xperia Z3 flagship, its Xperia Z3 Compact little brother, its first Xperia Z3 Tablet Compact small tablet, an Android Wear-powered SmartWatch 3, and this curved e-ink SmartBand Talk. And that’s just the Android and mobile devices! Stick with us as we navigate through the maze of IFA 2014 and bring you the latest on Sony’s products as well as other interesting tidbits from other exhibitors. 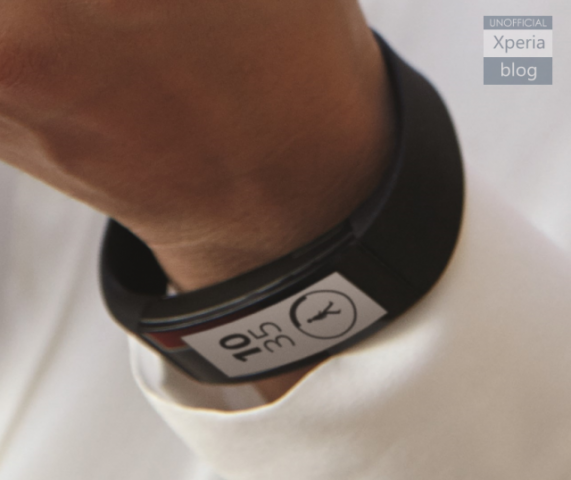