An FCC listing for a Wi-fi only edition of the Sony Xperia Z Ultra has appeared today, rolling with what appears to be essentially the same specifications as the original, coming at this point with no mobile data connectivity. You’ll find the Sony TS-0010 coming with support for Wi-fi 802.11 a/b/g/n/ac as well NFC, GPS, and everybody’s favorite: Bluetooth 4.0 with Bluetooth LE (Low Energy) abilities.

To be clear, this device does not yet have a final name – such is the nature of FCC listings and final product releases. Instead you’ll get a note about this device being a “portable UMPC mini-tablet” as well as a “portable handset”, placing it right in line with the ever-blurrier lines between smartphone and tablet machine. 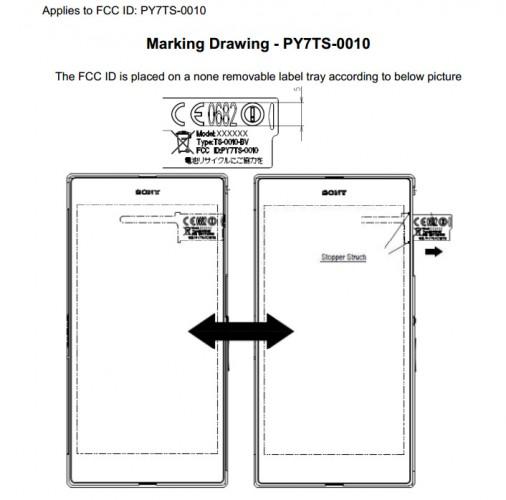 With connectivity along 2.4GHz and 5.xGhz bands, you’ll find this device rolling quickly on the most advanced Wi-fi networks on the planet. Bluetooth working with Low Energy abilities means you’ll be able to work with other Bluetooth LE compatible devices without worrying about battery life being affected. This device’s size appears to match that of the Xperia Z Ultra’s original form precisely, meaning you’ll likely be able to use the same cases and accessories too. 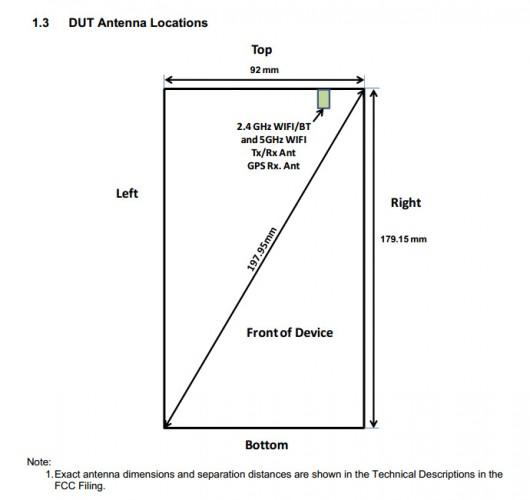 This beast of a smart device works with a 6.4-inch display with Full HD (1080 x 1920 pixels) panel and a fully waterproof body. It’s not known if this device will be released in the United States with the same specifications as the original, sans cellular connectivity, nor is it known if it’ll run the same build as the original.

Have a peek at the Xperia Z Ultra timeline below, and expect SlashGear to see this device up-close in coming weeks (if it does indeed exist as a final product). We’ll be heading to Las Vegas for CES 2014, then to Mobile World Congress in Barcelona not long after – it’ll be somewhere, it’s gotta be!