Sony has a new Bluetooth speaker, and the splashproof SRS-XB501G doesn’t just deliver lashings of bass indoors and out, it takes the Google Assistant with it too. Unveiled at IFA 2018 today, the new speaker slots into Sony’s EXTRA BASS range, and so as you might expect there’s a big emphasis on the low-end.

That means a sizable woofer, and then two tweeters above it, the latter angled to spread sound around a room or garden area. You can stream over Bluetooth – there’s NFC too, for easier pairing of compatible smartphones like Sony’s own Xperia range – but Sony has also baked in WiFi. That’s when things get interesting. 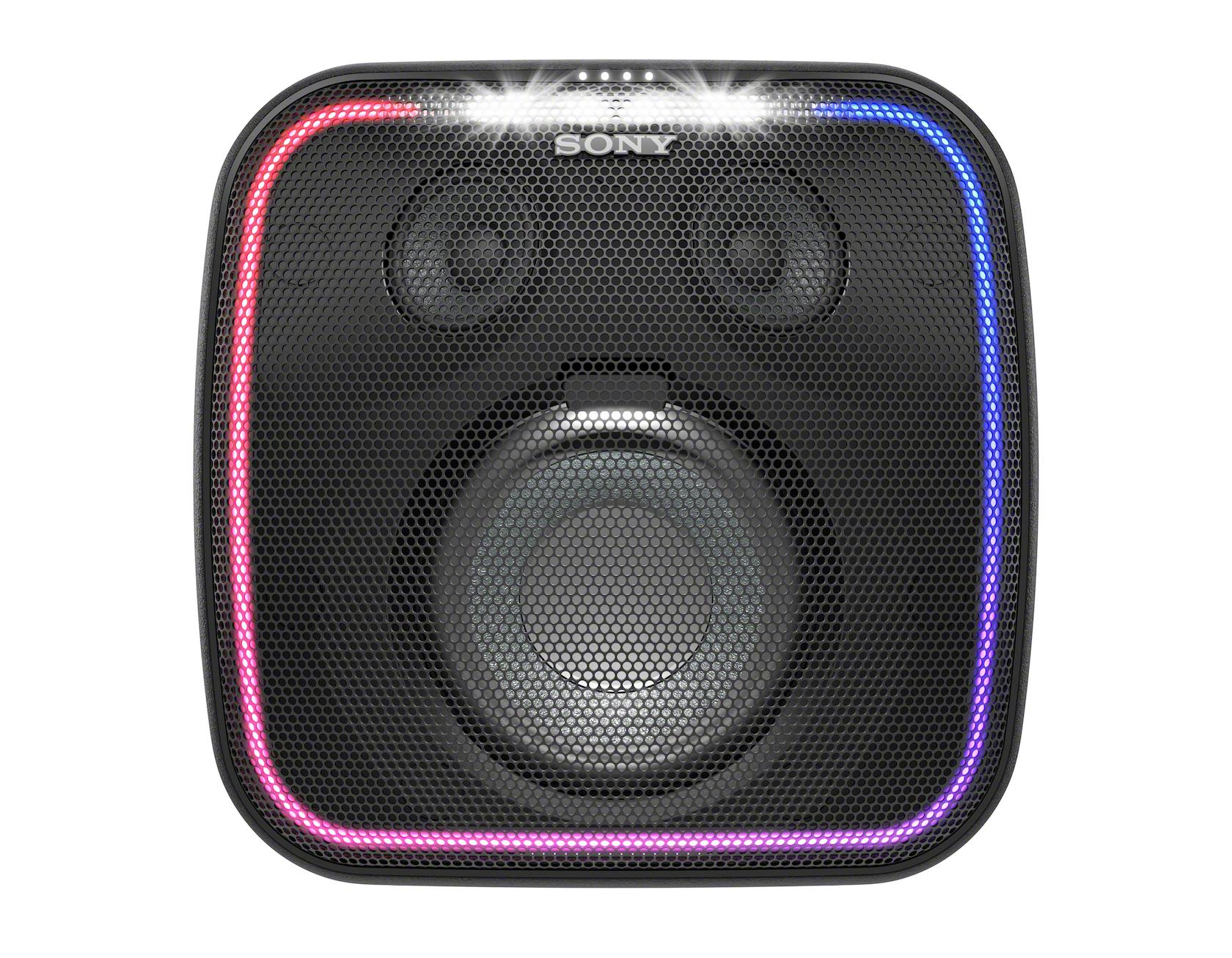 Once online, you get the Google Assistant baked into the XB501G. You can ask for music, throw the usual questions at Google’s AI, or control different smart home devices by voice. The WiFi is also used to connect multiple speakers, creating potentially huge groups that can all play the same tracks simultaneously. Sony tells us that there’s no theoretical limit to how many can be synchronized.

Thankfully, Sony is relying on Google’s Assistant grouping technology to manage that pairing, rather than coming up with a system over its own. It means that you manage grouping through the Google Home app, and control the paired speakers via voice, but also that you can include other WiFi speakers – like a Google Home Max, for example – in those same wirelessly-connected sets. 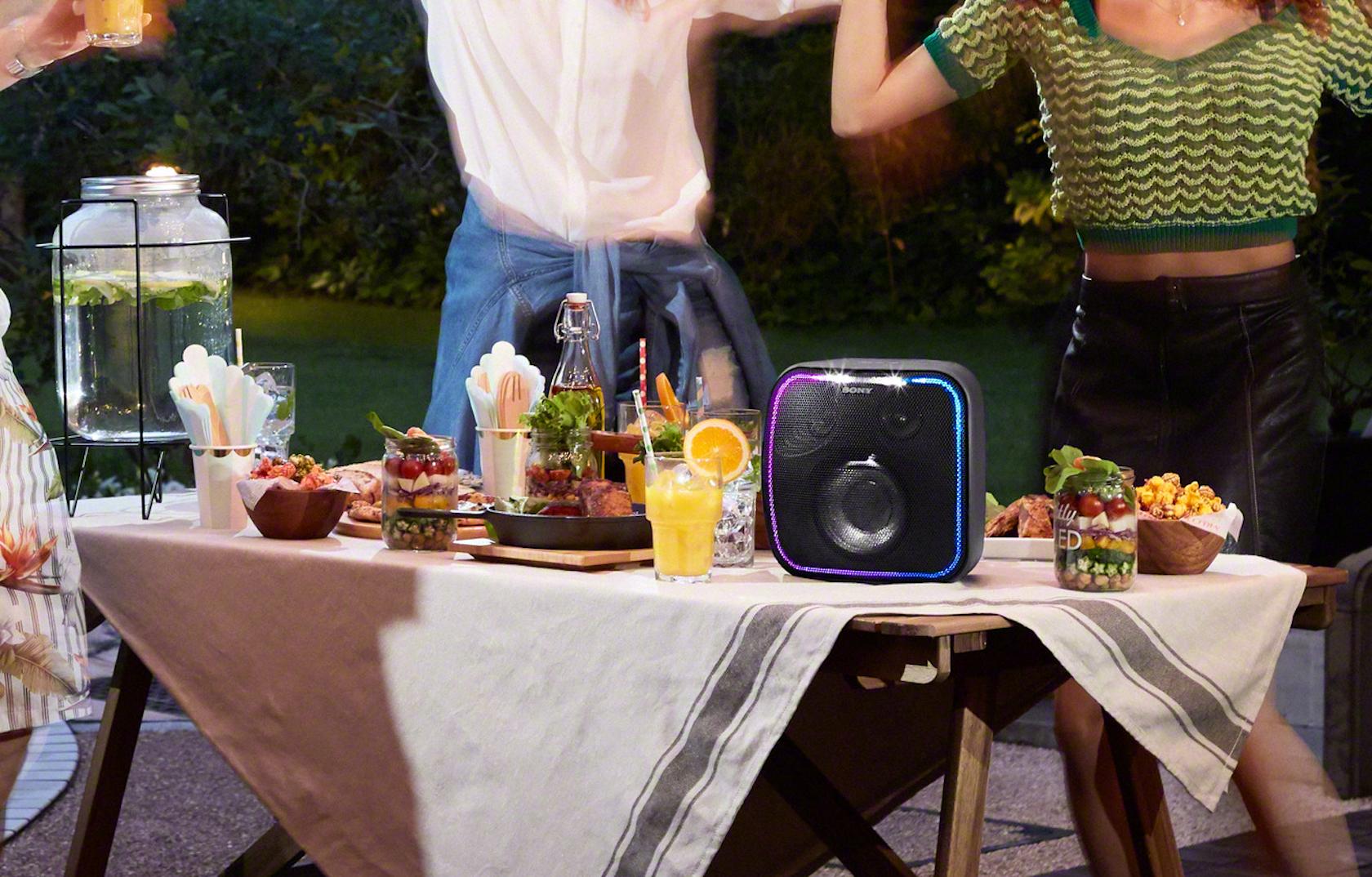 As for ruggedness, the XB501G gets a sturdy plastic casing that’s IP65 rated. That means dust and splash-resistance: Sony tells us you could happily hose the speaker down, if you got it covered in sand at the beach. On the bottom, there’s a standard tripod screw for mounting it; on the back, you get a carry handle.

The front has Sony’s LED light ring, which flashes in different colors in time with the music. There’s also a strobe bar mounted across the top of the tweeters. Happily for those wanting just their favorite album and not a Jean-Michel Jarre show, you can turn it all off.

Battery life is up to 16 hours, and the XB501G can be charged up either via the included AC adapter or a USB-C port on the back. That port can also be used to charge up other devices, turning the speaker into a portable battery. 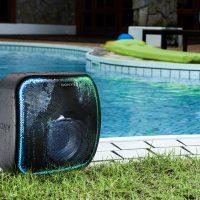 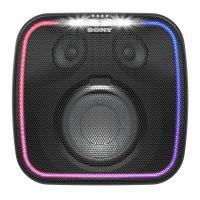 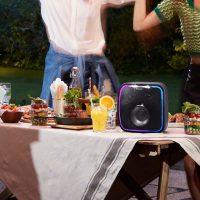 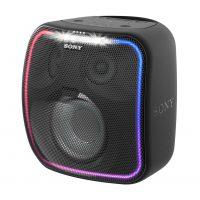 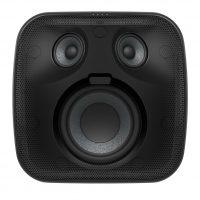