Sony may not have intended the coppery highlights on its new WH-1000XM3 noise-canceling headphones as a nod to the old adage that “silence is golden,” but faced with a crying baby and a ten hour flight they proved themselves worth their weight in the precious metal. Now in their third-generation, Sony’s headphones have gone from upstart Bose rival to segment-shaking heavyweight.

Room in your carry-on bag is precious and hard-earned, and so Sony has brought its A-game. The $348 WH-1000XM3’s promise to be a triple threat: the best noise cancelation; ridiculously long battery life; and all without compromising on comfort. With just a few small frustrations, they succeed. 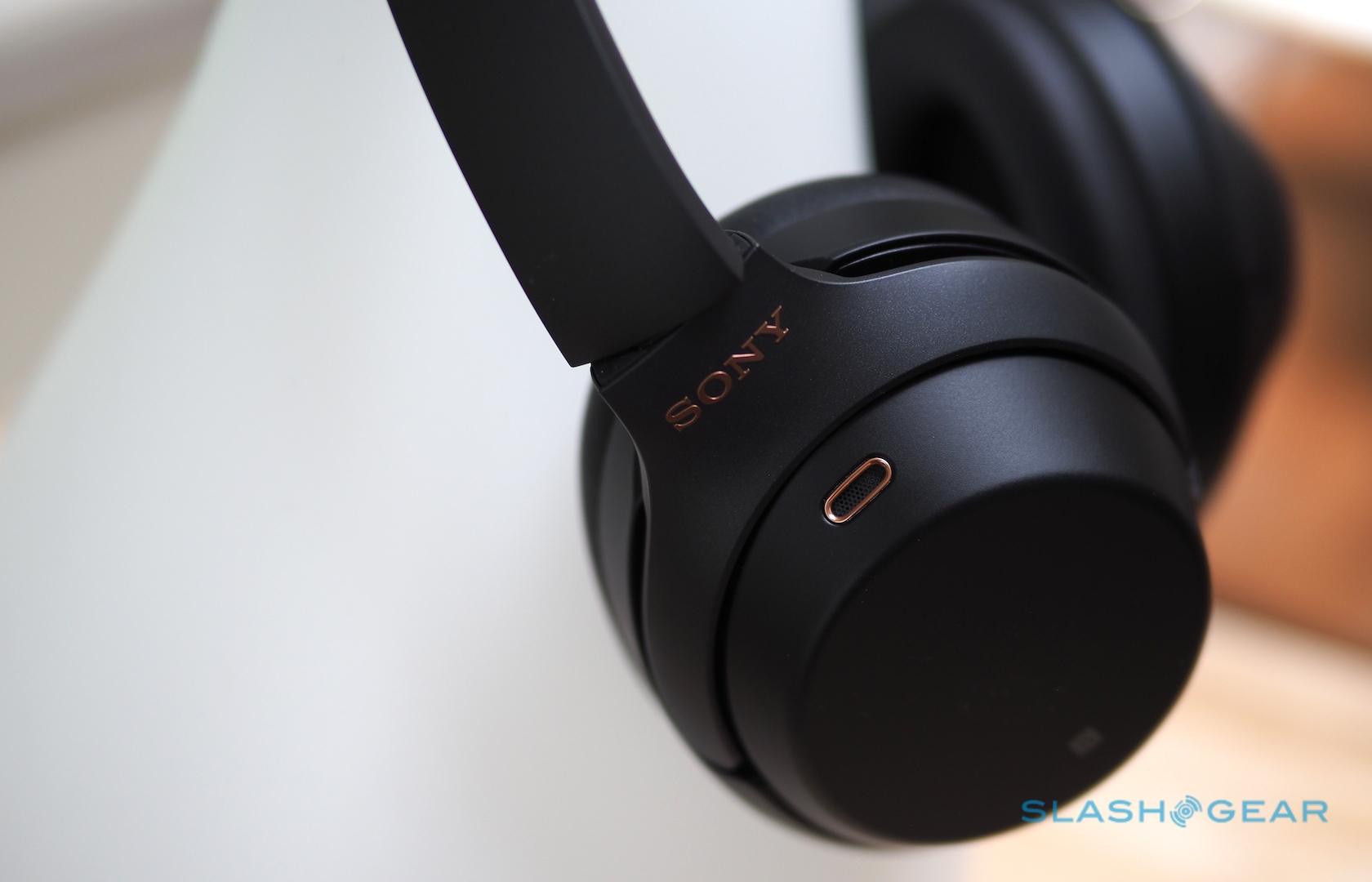 The visual differences between these third-generation headphones and their predecessors is minimal, at least at first glance. The ear cups now have a smoother finish – it makes tapping and swiping on the right ear cup’s touch-sensitive pad easier – and the detailing is now picked out in coppery gold.

You notice it more when you put them on, though. Sony has redesigned the headband, so that it more closely follows the contours of your head; it feels less bulky as a result. Better still, the ear cups have more padding and larger cavities, which make them far more comfortable for extended use. At 8.99 ounces they’re lighter than the second-gen set, too, despite adding extra squishiness to the headband as well. 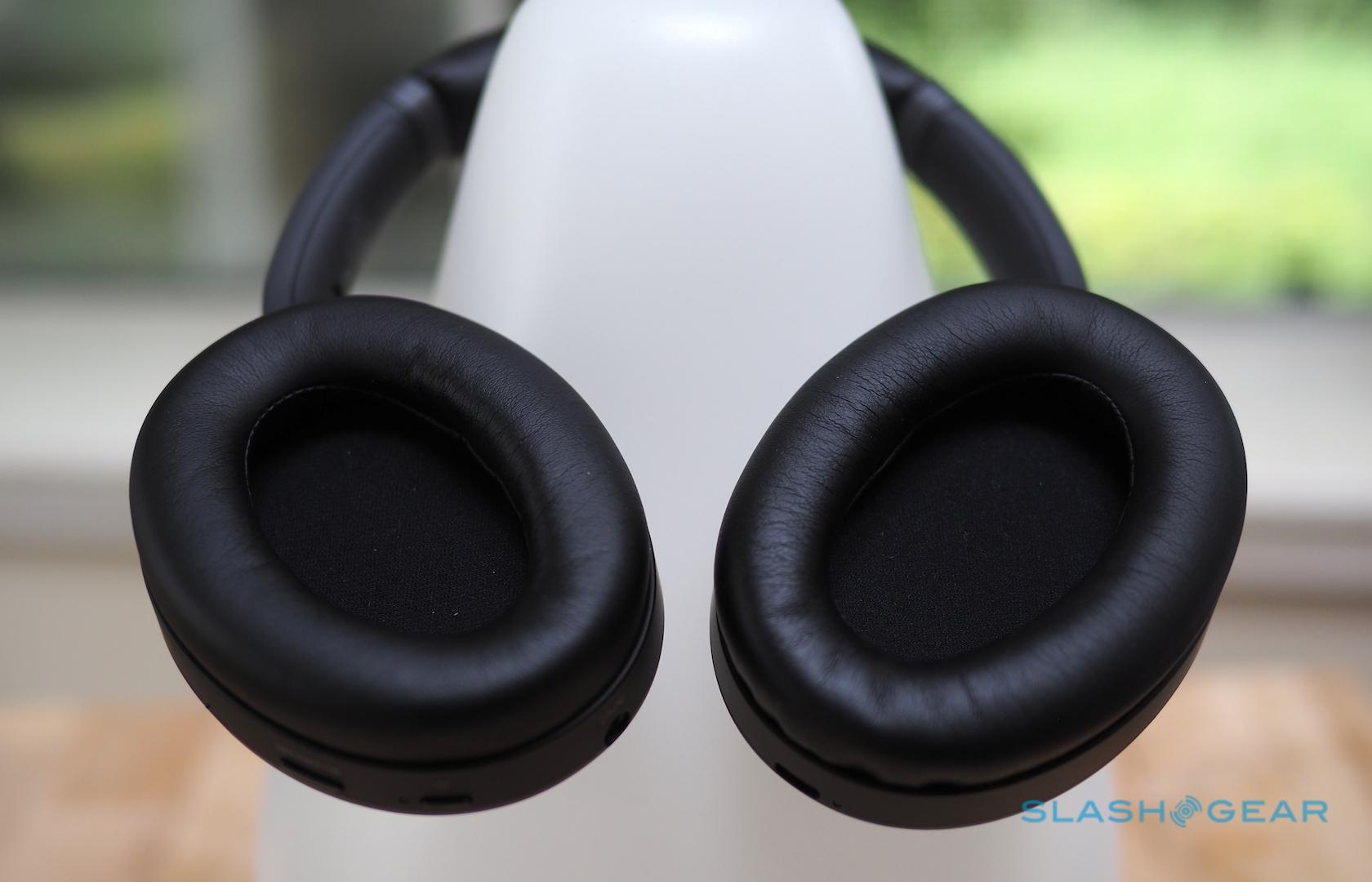 They keep the folding design, and Sony still provides a useful carrying case. That now has dedicated slots for the headphone cable, twin-plug airplane audio adapter, and charging cable. The latter makes a welcome switch to USB-C, too, with a Quick Charge feature that Sony says will get you 5 hours of wireless playback after just ten minutes plugged in. Total battery life is a whopping 30 hours – that’s with Bluetooth streaming and noise-cancelation turned on, too. I got through two transatlantic flights, a handful of layovers, and a couple of connections, totaling up around 20 hours use in all, and still had power to spare.

Those international flights gave me a good opportunity to test out the Sony’s noise-cancelation. Indeed, with a crying child across the aisle, the new HD Noise Canceling Processor QN1 faced a significant challenge out of the gate.

I was skeptical, but my cynicism was unfounded. The WH-1000XM3’s handily squashed the regular background plane noise, and reduced the sounds of my fellow passengers to the faintest murmur. They were comfortable enough, meanwhile, that I could sleep with them on. Holding my palm over the right earcup allowed ambient noise through temporarily, which proved handy for listening in to pilot announcements. 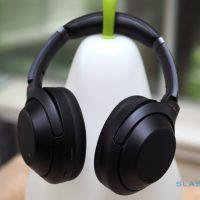 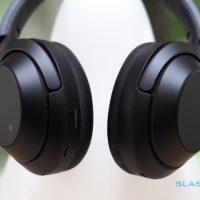 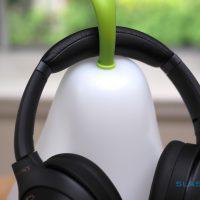 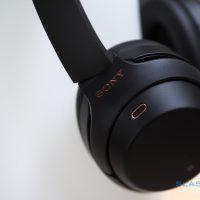 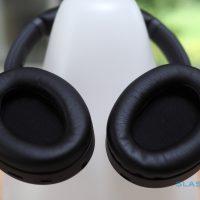 Sony’s noise-cancelation has been improved, but what’s arguably more important is how it’s now more flexible, too. With the Mark 2 headphones, without music playing over Bluetooth, they’d automatically turn off after five minutes. That was great for saving power, but not so useful if you wanted noise-cancelation but without actually listening to anything.

For the Mark 3, Sony has changed that. The default is still for the headphones to power off after five minutes, but you can now adjust that to up to three hours in the Sony Headphone Connect app. You can also have them stay on all the time if you prefer. Unfortunately there’s no on-ear sensor: the headphones won’t automatically go into standby, or pause your music for that matter, if you take them off. 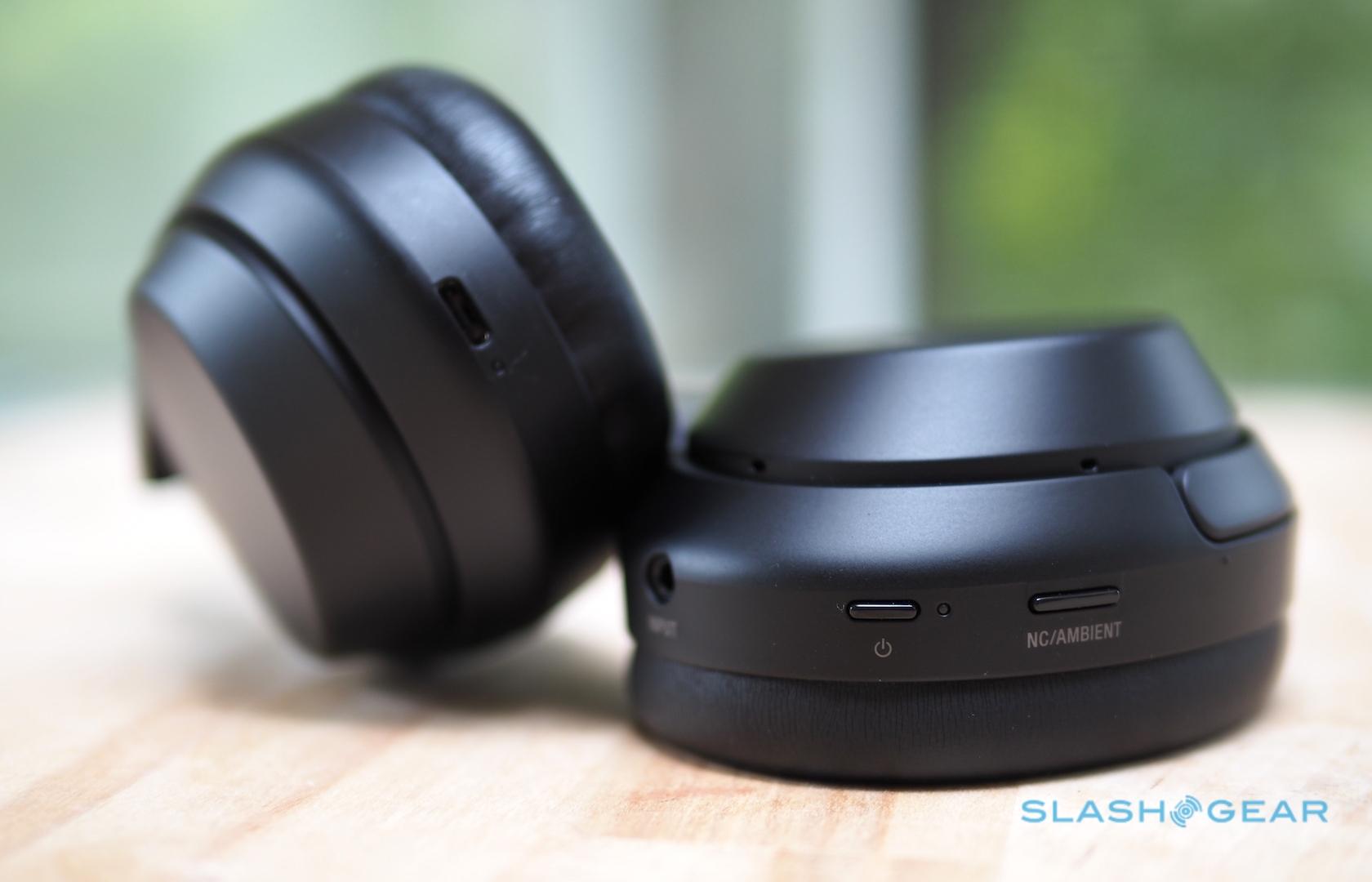 You don’t need the app in order to use the WH-1000XM’s core features. They pair as regular Bluetooth headphones, after all, and there’s a button which cycles between noise-cancelation being on, ambient noise being allowed in, and the cancelation being off altogether. Swipes and taps to skip forward and backward through tracks, adjust the volume, and play/pause are recognized natively by iOS and Android devices.

Still, the app is important if you want to customize the sound. It’s there you can turn on Adaptive Sound Control, for instance, which automatically adjusts the level of noise-cancelation and ambient noise depending on the conditions around you. A little background noise when you’re trying to cross the road can be helpful in avoiding getting run down by a truck, after all. It’s also where you can adjust the noise-cancelation levels manually, and run through Sony’s optimization process which promises to tweak performance according to your hearing and the ambient pressure. 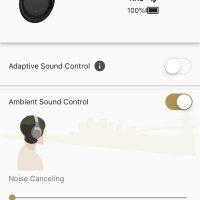 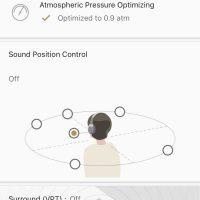 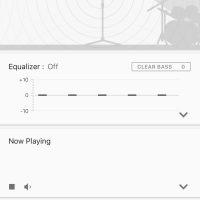 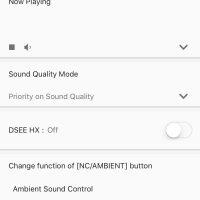 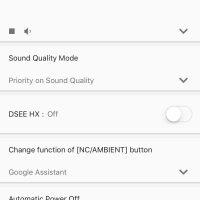 There are a few options for finessing how the headphones sound, too. Sound Position Control allows you to adjust the sound field around you, as though you’re listening to a band in front, to the side, or behind you. Virtual Surround Sound is also controlled there, and there are various presets for different musical styles along with a full manual equalizer.

Having options is good, but out of the box the WH-1000XM3’s sound great. There’s plenty of bass, but it doesn’t outweigh either the top end or the mids. Enthusiastic but balanced describes it best, I think, with the combination of noise cancelation and Sony’s processing given the headphones an unexpectedly expansive soundstage.

The app is also where you’ll find the option to switch the noise cancelation mode button over to a Google Assistant trigger. While you can use the headphones to control Siri or the Assistant running on your phone, you can also access Google’s AI directly. That includes asking questions, setting alarms and reminders, sending messages, and having notifications read out. 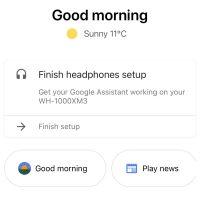 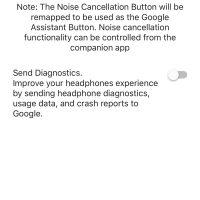 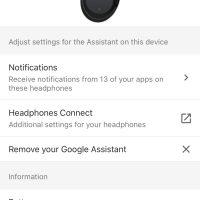 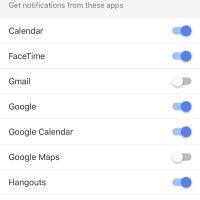 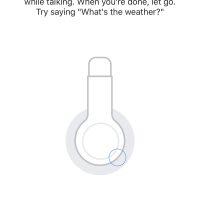 Because that all demands a data connection, your smartphone will need to be connected over Bluetooth at the time. You’ll also need to be running the Google Assistant app for iOS, if you weren’t already. Still, if you’re firmly embedded in the Google Products niche, having quick and easy access from your headphones could be a real boon.

Not everything is perfect. Multipoint pairing is possible – connecting to one device for music and another for hands-free calls – though a little complex. If you want to use an iPhone for calls, for instance, but an Android phone for music, you need to pair the latter with the WH-1000XM3’s first, then manually disable calls on that device, before going through the iOS pairing process. Otherwise, Apple automatically monopolizes both types of connection.

I’d also prefer the supplied 3.5mm headphone cable to be fabric braided, for a little extra resilience, and the blinking blue LED for Bluetooth is annoying. I’m not entirely sure why it still needs to be flashing once you’re done with the pairing process. 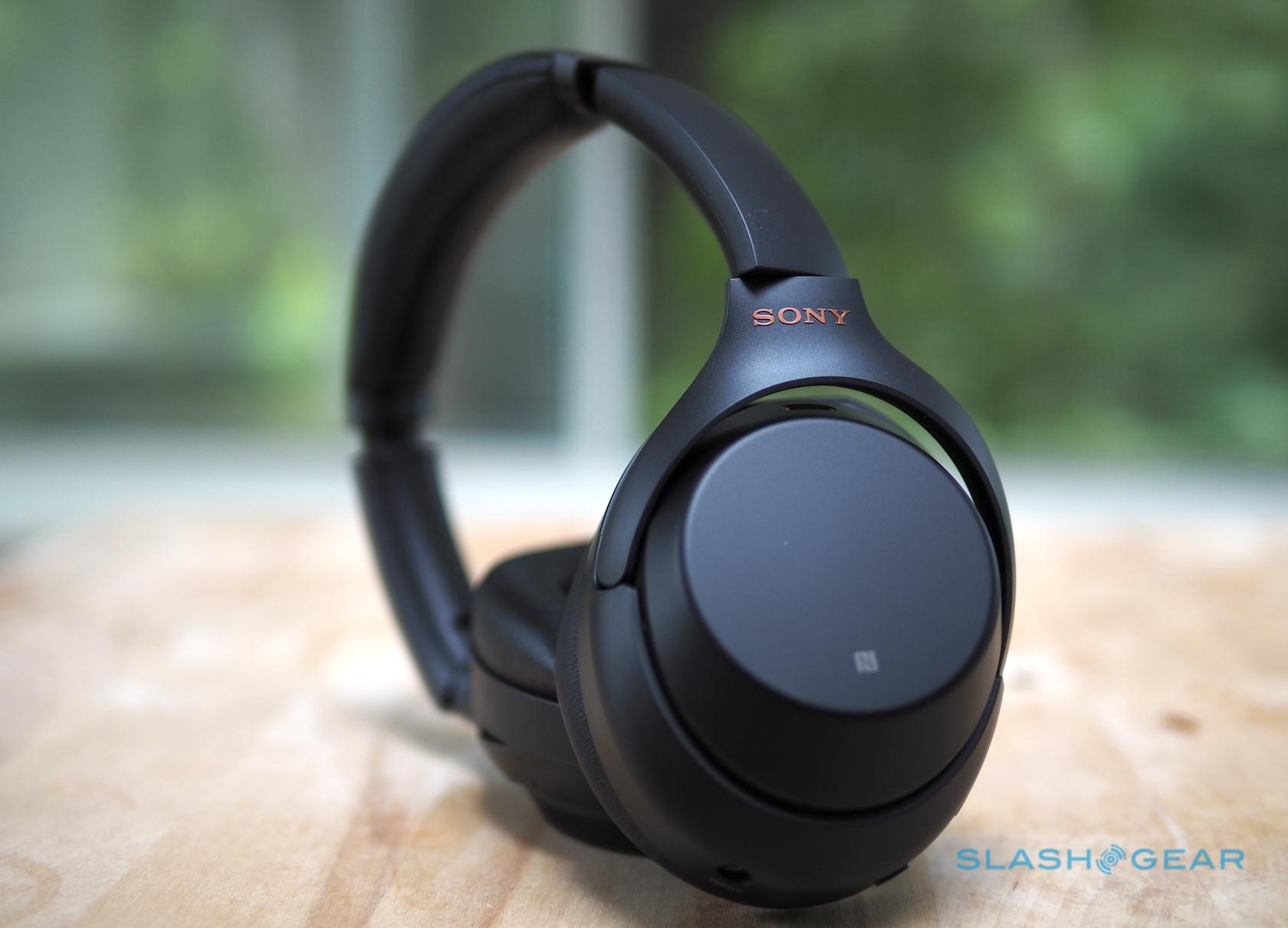 They’re minor annoyances, though, and they fade when compared with Sony’s incredible noise-cancelation and eminently enjoyable music performance. At $348 they’re not inexpensive, but I feel more confident recommending them than I do Bose’s QuietComfort 35, which in comparison are now showing their age. Sony just does a better job at isolating you from the annoyances of the outside world.

That has obvious appeal if you’re a frequent traveler, but I found it also pays dividends if you’re simply listening to music more normally. Several times, taking the WH-1000XM3’s off, I was surprised at just how much ambient sound there was – even if, beforehand, the room had seemed relatively quiet. Being able to shut a virtual door and step into your own imaginary music room, and have the comfort and battery life to enjoy that for hours on end, makes Sony’s headphones a winning combination. 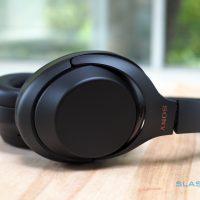 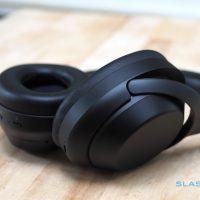 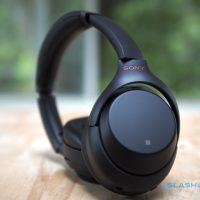 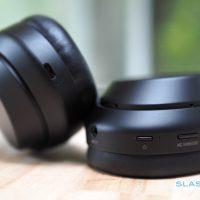 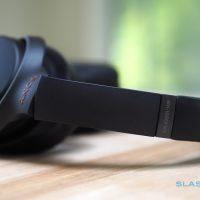