We’ve looked at other reviews of Sony’s VAIO X ultraportable, but while they’ve waxed lyrical over the notebook’s styling we’ve yet to see the hard performance stats that the X’s frequent-flyer target audience will demand.  Thankfully LaptopMag’s review covers not just processor benchmarking but battery testing, pitting Sony’s claims of “a full day’s use” against a harsh, stopwatch-toting reality.

As you might expect, given the 2.0GHz Atom Z550 processor and 2GB of RAM, raw performance from the VAIO X isn’t going to stun.  LaptopMag couldn’t get PCMark Vantage to run, but Geekbench ran up a score of 963 which puts the ultraportable at the top of the netbook leaderboard.  File transfer rates from the 128GB SSD clocked in at a very healthy 27.2MBps, and Windows 7 Home Premium booted in 50 seconds; still, full-screen Hulu playback was jerky and a Google Earth sightseeing tour managed a mere 5fps.

It’s the battery that saves the day, or more accurately the extended battery that Sony supply as standard along with the regular, compact pack.  The latter is only good for 3hrs, but LaptopMag found the extended battery managed 9hrs 49 minutes with WiFi on (and 3G/GPS off).  If your workload is more web-browsing, Office typing and emailing, you travel frequently and are allergic to power points, the Sony VAIO X may be the expensive salvation you’ve been searching for. 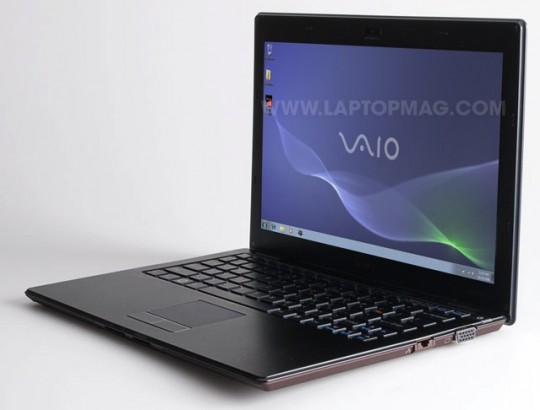