If you’ve ever been in the position we’re in as publishers headed to the Consumer Electronics Show for our umpteenth time in a row at the start of 2012, you know there’s one whole heck of a lot of invites headed our way – thats why if a group wants to stand out, they’ve got to be unique – that’s just what Sony’s done with no less than a wedding e-vite for that very purpose. What this wedding is supposed to be is a tie between Internet and TV (by Bravia), and the whole shebang is here, photos, “about us”, and everything in between. Not that we weren’t going to go see Sony at the show, but we’re doubly excited to attend now!

When you send out a wedding invite, especially for a relatively fake one like the one we’ve got going on right here, you need to stick to the basics. Thats why their letter starts with the following introduction:

Our special day is almost here. We’re so excited we can hardly stand it. On this site, you’ll find all kinds of info about this special marriage. How we got here and what it means for everyone – our friends, family and fans. Plus a few extra goodies. Don’t forget to sign the guest book!

Beep boop boop indeed, you funny pair you, and what a great wedding it shall be! The television is a Bravia machine, as the invite will tell you, one that’s more than ready make the bond happen between itself and its future mate, Internet. 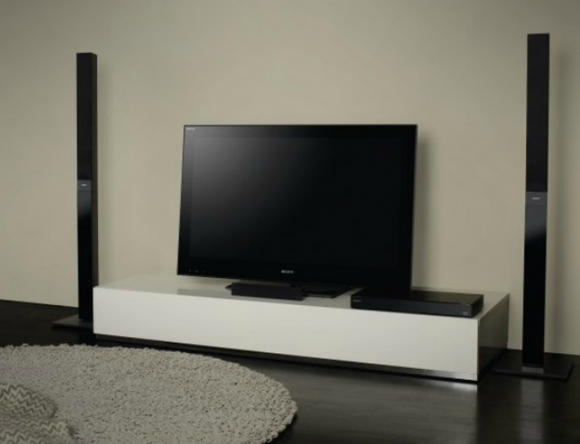 Bravia has an inexplicable ability to catch the eyes of everyone in the room. Always the center of attention, she has a striking look and excellent sense of style. She is a trend-setter and was ahead of her friends and rivals when she took a chance on Internet. She recognized his eclectic personality, his abitity to make friends and influence people, and was hooked. Some have called them a perfect match, but our Bride just thinks he is “smart.”

The groom SEN, better known to you as the Sony Entertainment Network, will join this party in its finest rainbow logo attire, bringing sweet connections to the party:

SEN, the Internet’s friends have always said that he was destined for greatness, but he lacked a grounding influence. He wins hearts and minds of everyone with his strength and ability to entertain, but every visit is a new discovery. And though he has had a wild youth, his infinite potential and sense of adventure hooked Bravia. His ability to complement her beauty with his knowledge of the arts, science, music and movies has certainly made them a winning pair. To this day, the groom still gets googly-eyed at the sight of his soon-to-be wife.

Later on in the invite you’ll find that the Father of the Internet will be played by Al gore, that Music Unlimited is the Groom’s Sister, and that the Rich Uncle will be played by the VPL-1000ES. Strange place it’s going to be, yes. The event itself will take place on the 11th of January at 8:30 PM local time (PST) and you can find the invite in the strangest of places: wedsite.com. Sony you’ve outdone yourself with oddness. This might also be a good time to remind you that our portal, folks, will be [CES 2012] for all the electronics you can handle; see you there!