Rumors of a Sony PSP Go relaunch seem all the more believable this week, as the latest – unofficial – sales figures for the handheld are released in Japan.  According to market watchers Media Create, Sony sold a mere 1,275 PSP Go devices in the first week of March; contrast that with Sony’s own PSP, which sold 64,808 devices in the same period. 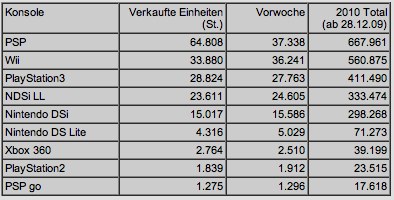