Sony is looking to upend home theater audio, with a new HT-A7000 soundbar along with the more unusual Sony HT-A9 home theater system. While the HT-A7000 replaces the old HT-ST5000 with a familiar form-factor and niceties like Dolby Atmos, the HT-A9 takes a different route, with four speakers that use smart auto-optimization so that you can place them anywhere in the room.

The A9 is an experiment, Sony is upfront about, and a test to see whether extreme flexibility of placement will encourage more people to take the leap into home theater. Rather than a central soundbar and rear speakers, the system comprises four identical-looking speaker units and a compact, Apple TV-sized control box. 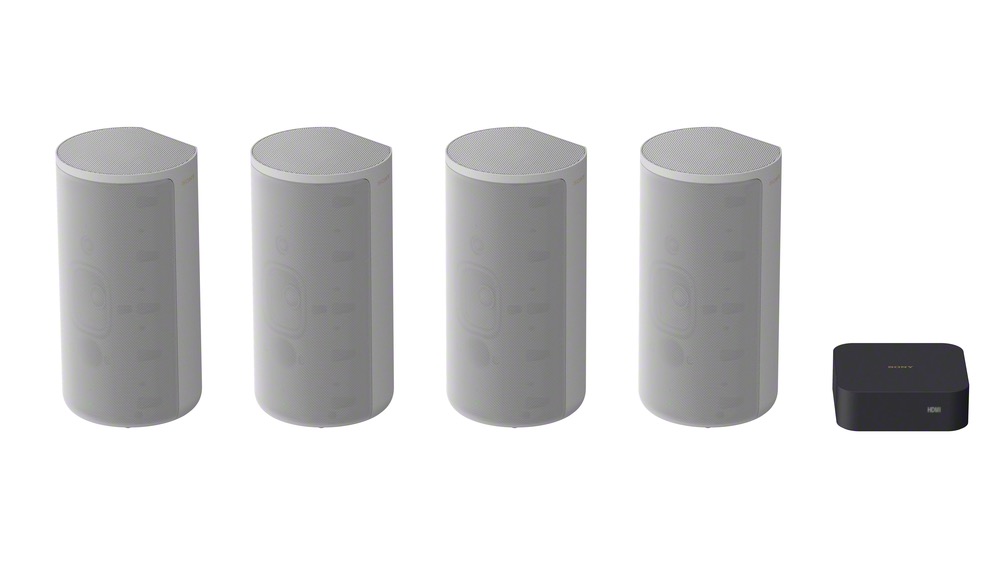 Each speaker has an up-firing driver using Sony’s rectangular X-Balanced system, plus a Wide Directivity Woofer for less cavity effect. There’s also a bass duct – though the A9 will work with Sony’s new wireless subwoofers, if you want more low-end – and two microphones.

They – and another mic in the control box – work together to calibrate the room, using the new 360 Spatial Sound Mapping system along with Sony’s Sound Field Optimization. It takes about 30-45 seconds, Sony says, and can figure out reflections from ceilings and walls. Once it’s done, you don’t need to recalibrate unless you move the system; you can also tweak the levels, if you don’t quite like Sony’s settings. 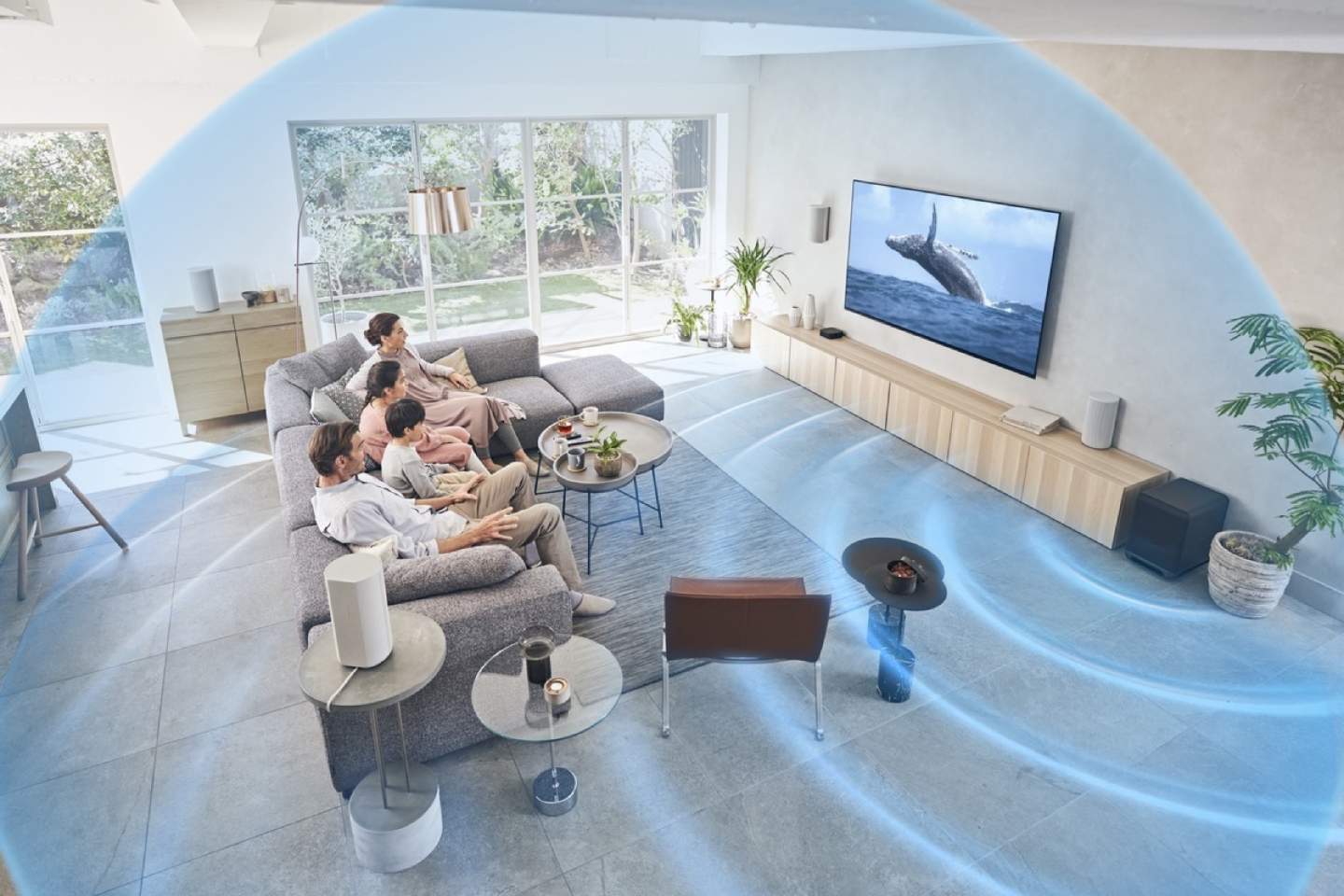 The result is a virtual 12.0.4 setup, but without a room full of speakers. Sony’s system can accommodate the speakers being placed at different heights, or distances from each other. In fact, the only real limits are that the front of the speaker can’t be up against a sofa, wall, table, or other obstructions, and they’re designed to work 30-33 feet apart at most.

The control box has an HDMI input and output – supporting 4K/8K 120p passthrough and Dolby Vision – along with a USB port for updates, an S-Center out, and an ethernet port. There’s support for Dolby Atmos and DTS:X, Apple AirPlay 2, Chromecast, Spotify Connect, and both the Google Assistant and Amazon Alexa. 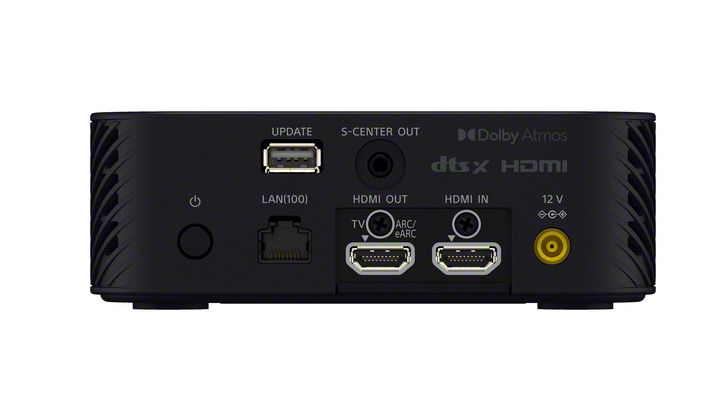 Sony is testing the water here, trying to figure out if this is a niche home entertainment buyers are really interested in. There’s also potential for a more advanced version of the system: the 360 Spatial Sound Mapping technology theoretically could support more than four speakers, even if the A9 is designed for just that right now. Still, even with just a quartet of them, Sony can still make twelve “phantom” speakers to fill the room.

The A7000 is a more familiar soundbar, though promises to be no less capable. It replaces 2017’s ST5000, with a 7.1.2 channel configuration including two up-firing speakers, two beam tweeters, five front speakers, and a built-in dual subwoofer. The result, Sony says, is Dolby Atmos and DTS:X support from just one unit. 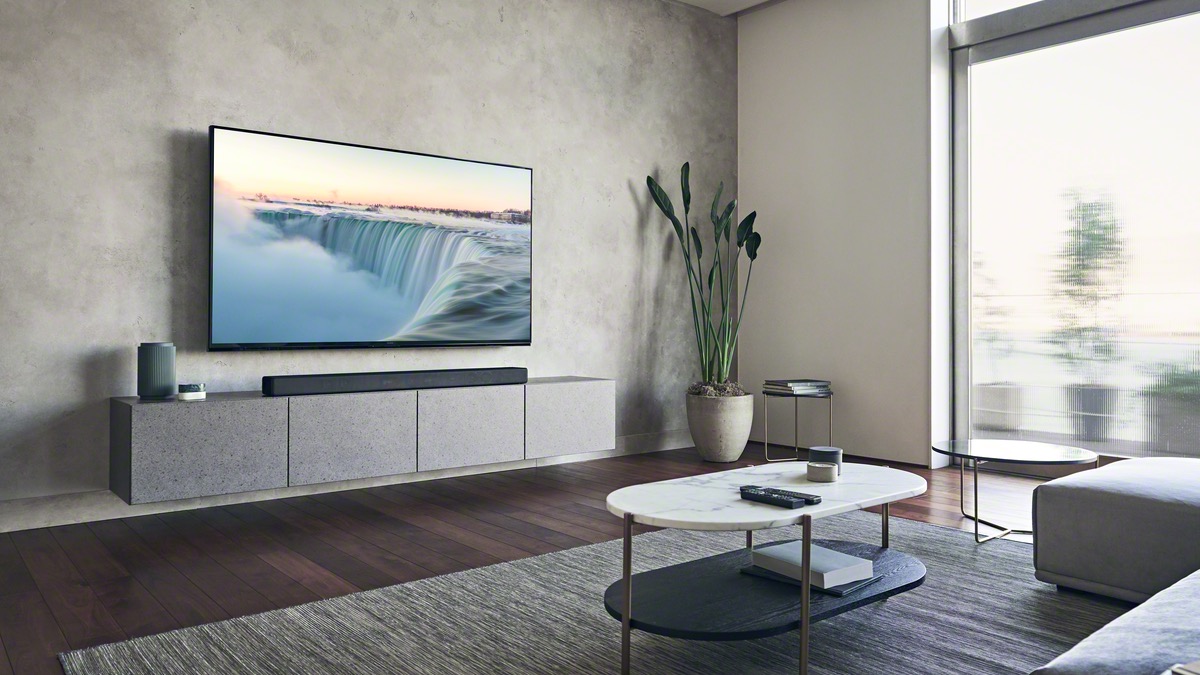 There’s a long list of Sony tech onboard, including the Vertical Surround Engine for reflecting audio off the ceiling, S-Force PRO for horizontal width, and Sound Field Optimization using built-in microphones to calibrate to the room. If you add the optional wireless subwoofer and/or the wireless rear speakers, the system will tune them too.

The soundstage is larger than the old ST5000, Sony promises, and there’s support for 4K/8K 120p passthrough. Two HDMI 2.1 inputs are on the back, and there’s AirPlay 2 support as well, in addition to Chromecast support. It’ll handle HDR10 – though not HDR10+ – and there’s onboard Spotify Connect support as well. DSEEE Extreme promises to improve the quality of compressed digital music, and there’s 360 Reality Audio playback as well. 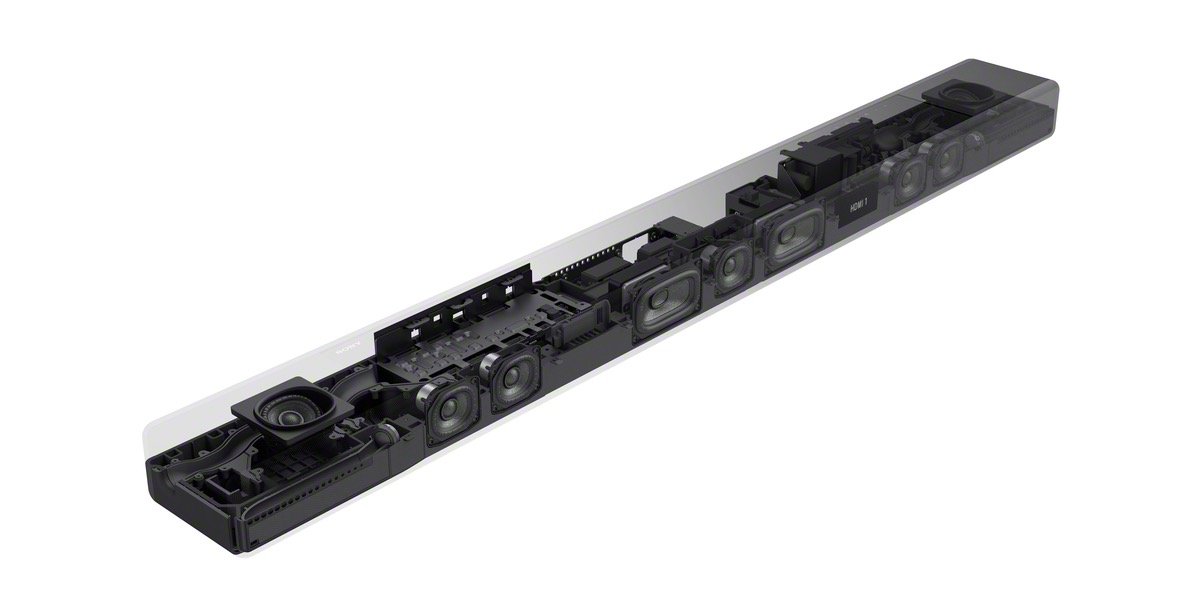 An OLED screen on the front shows status, but if you have a Sony Bravia TV you’ll get an on-screen interface with a customizable shortcut bar too. That’s not the only Sony treat, either. With a Bravia X95, Z9J, A90J, or A80J Series TV, the A7000’s Acoustic Center Sync speaker mode uses the TV’s speakers for the center channel, making dialog more upfront. The soundbar’s center channel output is tamped down, and the two are linked with a stereo mini cable that Sony includes in the box.

Two wireless subwoofers and a set of rear wireless speakers

Both the A9 and the A7000 will work with either of Sony’s two new subwoofers. The SA-SW5 has a 300W amp and a 180mm driver with a passive radiator, and will be priced at $699.99 when it goes on sale at the same time as the new home theater systems. 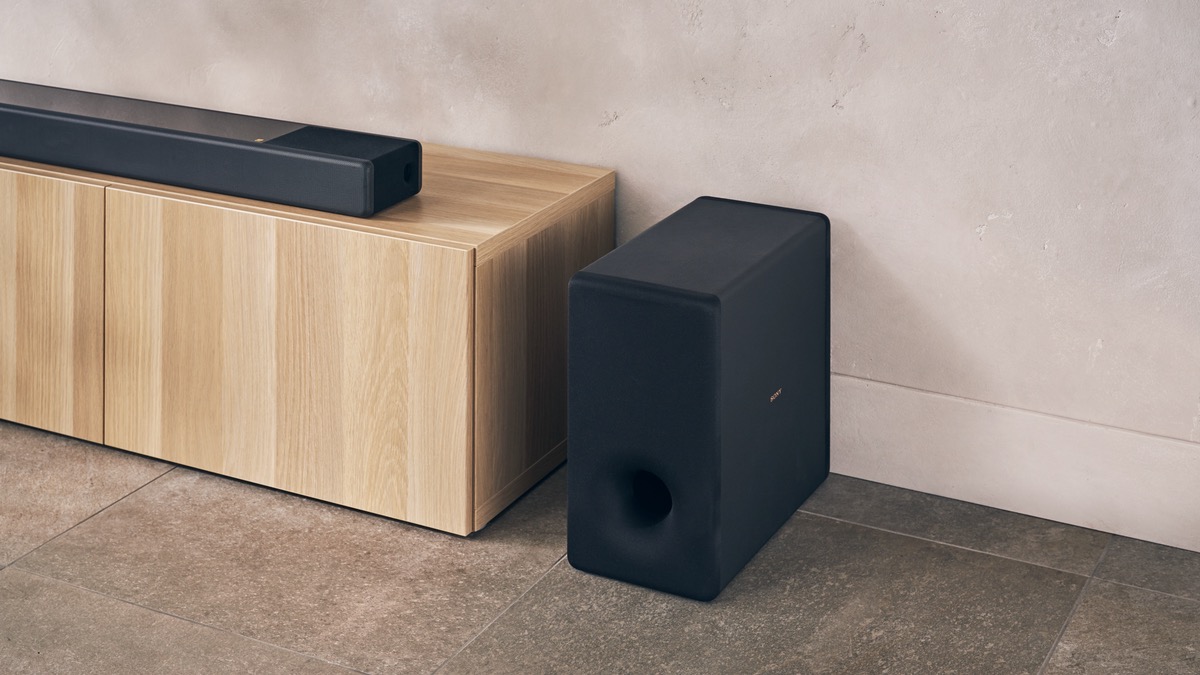 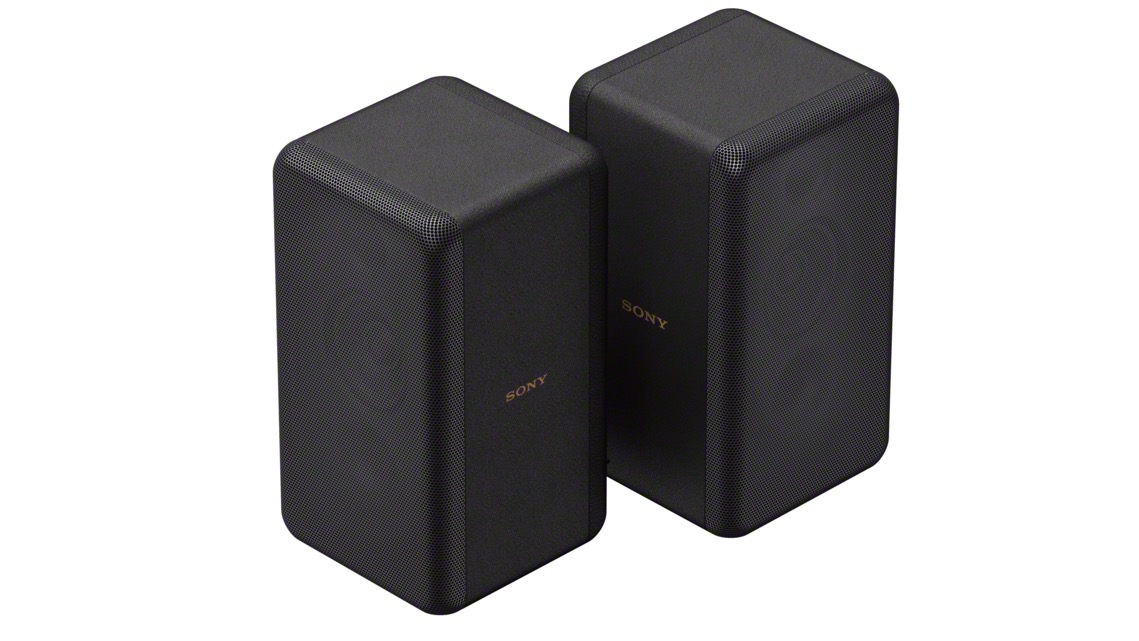 Finally, the SA-RS3S wireless rear speakers will only work with the A700. They have 100W of amplification, and support wall-mounting. They’ll be priced at $349.99.