A series of leaks suggest a new Sony FX3 camera is ready for launch in the near future. This next-generation camera was tipped to come with a set of specifications that closely resemble those of the full-frame A7S III mirrorless camera – with a few key differences. This new device would be as powerful as the A7S III, but made as a Cinema Line camera.

This device might very well be the smallest Sony Cinema Line camera in the world thus far. Based on leaks delivered over the past week, the FX3 looks similar to the C70, but a whole lot smaller. This camera has a full-frame sensor and would – likely – be significantly less expensive than its direct predecessor. 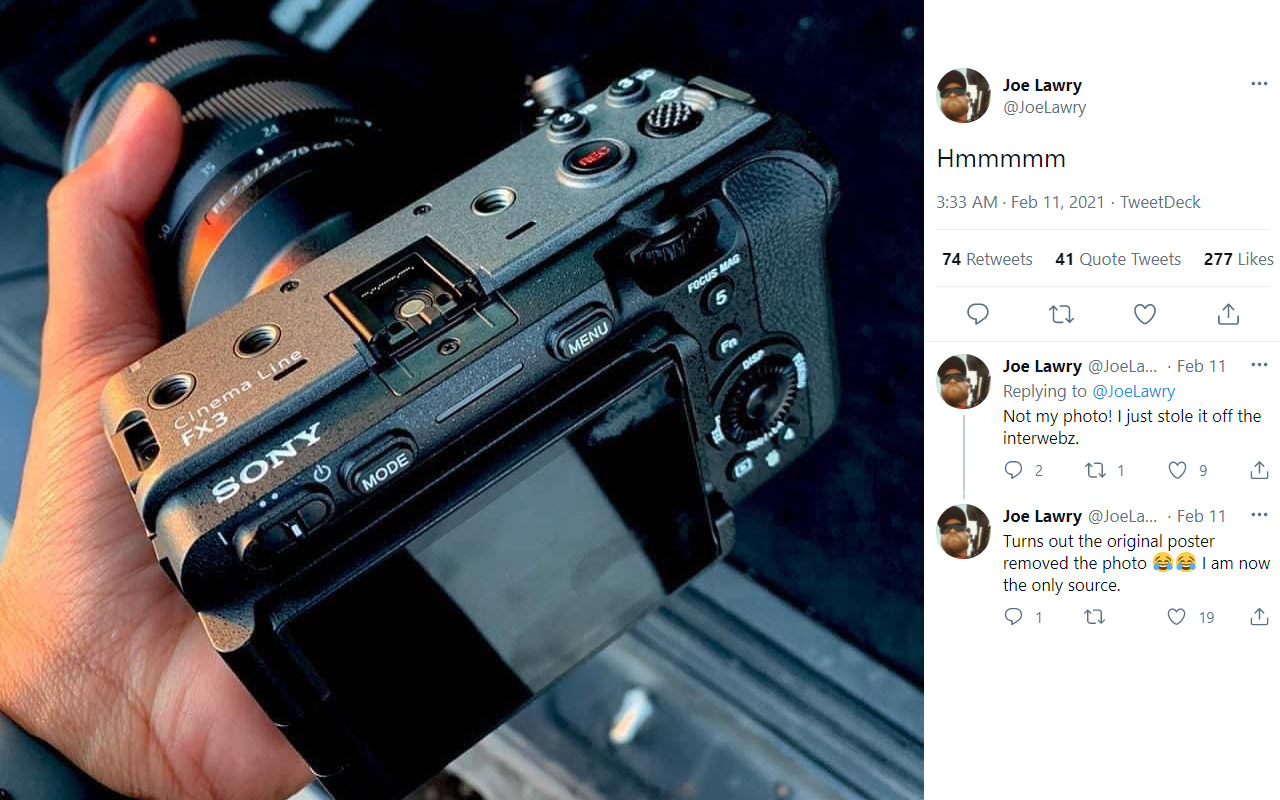 The leaked Sony FX3 has a power switch at the back, physical mode and menu buttons, and a flip-out display. This device has several mount-friendly screw holes at its head, too. There’s a joystick and a half-dozen other physical buttons as well – this is no digital-first sort of experience.

This device’s impressive list of pro features were leaked as well – including a 12-megapixel sensor with 4K 120fps video capabilities. Below you’ll see a video from Gaston Shutters, who runs down a list of features and release details.

Press imagery of this device appears courtesy of @nokishita_c on Twitter. This is the only image this source produced thus far. Take a peek at the timeline below for more information – we’ll likely see this camera revealed officially in the next few weeks. Is this the sort of camera you’ve been waiting for, or do you think Sony’s missing the mark?