Well, it seems the “plus” naming convention is here to stay, folks. Oppo recently debuted its R7 Plus in China, and now it’s Sony‘s turn. The company has just announced the Xperia Z3+, the international release of the Xperia Z4, its name in the Japanese market. While it may not look much different from last year’s Z3, there is more than enough in this update to qualify it for this year’s flagship. It’s currently scheduled for release sometime this summer, however Sony hasn’t confirmed final pricing yet.

The Xperia Z3+ will feature a 5.2-inch 1080p IPS display, which is exactly what the Z3 had last year, however, the screen was so nice, it’s hard to see why it would need changing this year. Also similar is the 20.7 megapixel camera on the back of the device, but the front-facing camera has been upgraded to 5.1MP. Dimensions will also seem familiar, measuring 146mm tall and 72mm wide, but thickness has been improved to 6.9mm (down from 7.3mm).

Now, a similar processor as last year just wouldn’t be tolerated, so Sony has gone with Qualcomm’s octa-core Snapdragon 810. This comes with 3GB of RAM and a 2900 mAh battery (hey, that reduction in thickness had to come from somewhere). Sony is claiming a battery life of “up to two days,” but that will need to be confirmed by real-world usage. Expect it to come running Android Lollipop.

There is one other minor change to the Xperia Z3+’s overall design, and that’s the micro-USB port’s relocation to the bottom of the phone, minus that annoying cap. Sony says the Z3+ still maintains IP65/68 dust and waterproofing certifications, even without the charging port being covered. In addition to the standard black and white models, copper and aqua green have been added to the color options. 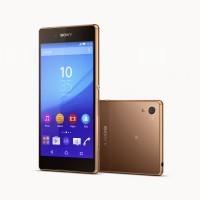 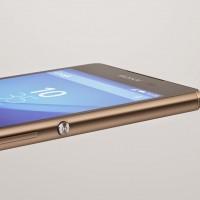 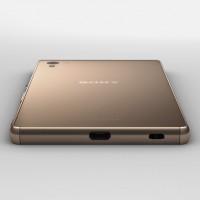 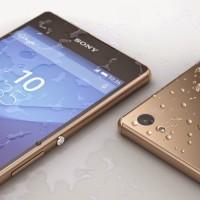 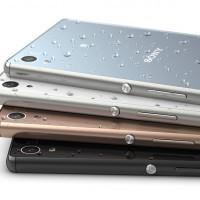