Earlier today, Sony Alpha teased a new camera, one that’ll be revealed in full on May 26, 2020. Today we’re going to look at the leaks of this camera that’ve appeared over the past few weeks and months. If you’d like to wait until May 26 to see the full deal, turn back now. Otherwise, let’s take a peek at what’s in store!

Leaked earlier this month was the full detail set for the Sony ZV-1. This is a mobile camera with Sony and Zeiss branding with an intended audience squarely in the vlogger space. That fuzzy bit you see on top is an optional microphone cover for noise cancellation.

Much like the Canon EOS-RP, whic device has a fully spinning and moving and reversable display. You’ll see it pulled out and toward the front here in the preview. The leaked images below show the machine in its full glory, courtesy of Sony Alpha Rumors. 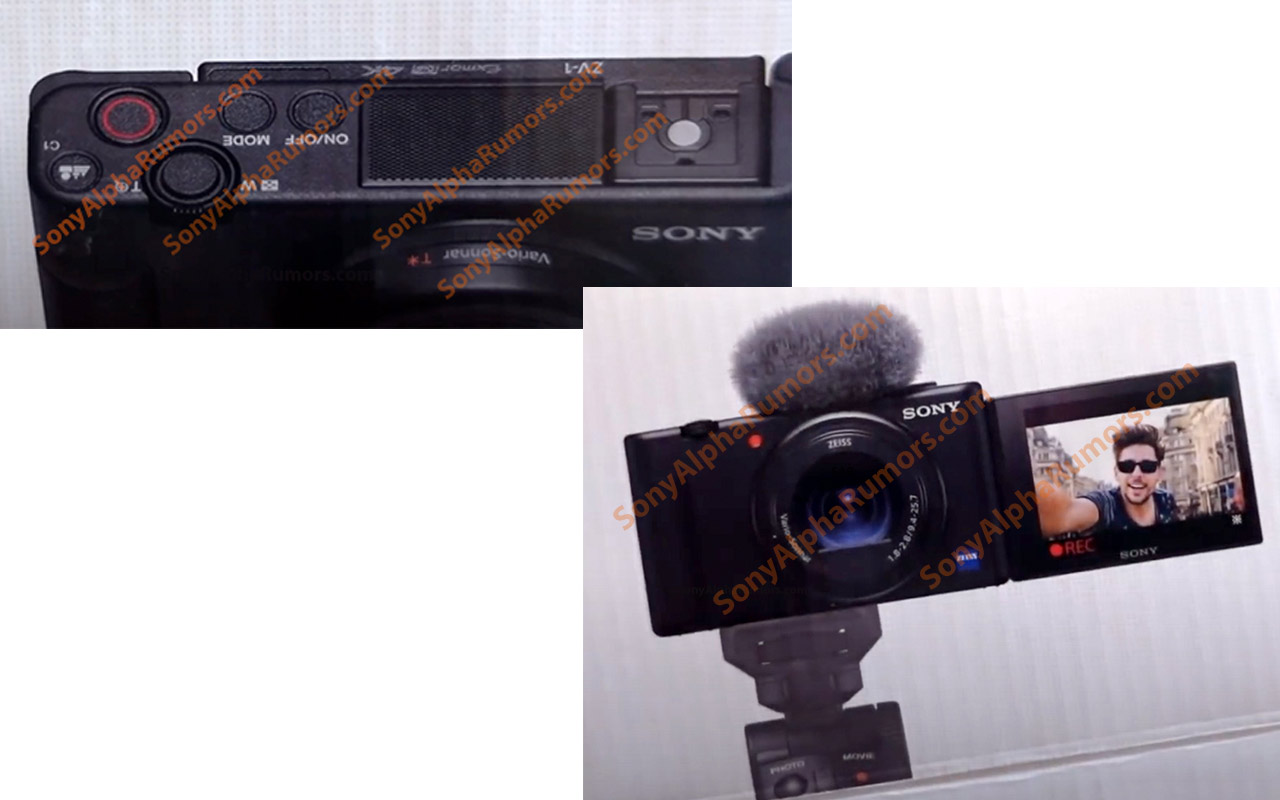 This device has a massive video record button, a one-touch BOKEH feature, and an “auto object detect” feature. There’s a 24-70mm F1.8 – 2.8 lens lens up front with a 20-megapixel 1-inch sensor to back it up. The device comes with an integrated ND filter and a bunch of autofocus features like Sony’s own EyeAF.

Does this look like a semi-smart do-most-things camera the likes of which you’d be interested in where it released in the near future? Is it time to move back to pocket-friendly small cameras instead of relying on the cameras on smartphones at all times?

The full reveal date for this camera is May 26th, 2020, at 10AM ET. This device, this compact camera, will come to a world that’s unlike that which any previous Sony camera’s been released. It’ll be a strange time, to be sure.