Sony has revealed its newest addition to the Alpha line-up, with the Sony Alpha 7 IV promising flagship features at a price point far more attainable to enthusiast photographers and videographers. Successor to the popular Alpha 7 III, the new full-frame camera sets its sights on what Sony calls “hybrid shooters”: people for whom capturing video is just as important as stills.

So, there’s a new full-frame 33-megapixel EXMOR T CMOS – though not a stacked sensor, as in Sony’s A9 – paired with the A1’s BIONZ XR processor. There’s the same focusing system as in the A1, too, up to 10 fps capture, and up to 7K oversampled video support.

The 33-megapixel sensor supports ISO from 50-204,800, with 15 stops of dynamic range. It’s capable of up to 10 fps continuous shooting with high-speed AF, in both mechanical and electronic shutter modes. There’s support for 10-bit HEIF and 10-bit 4:2:2 capture. 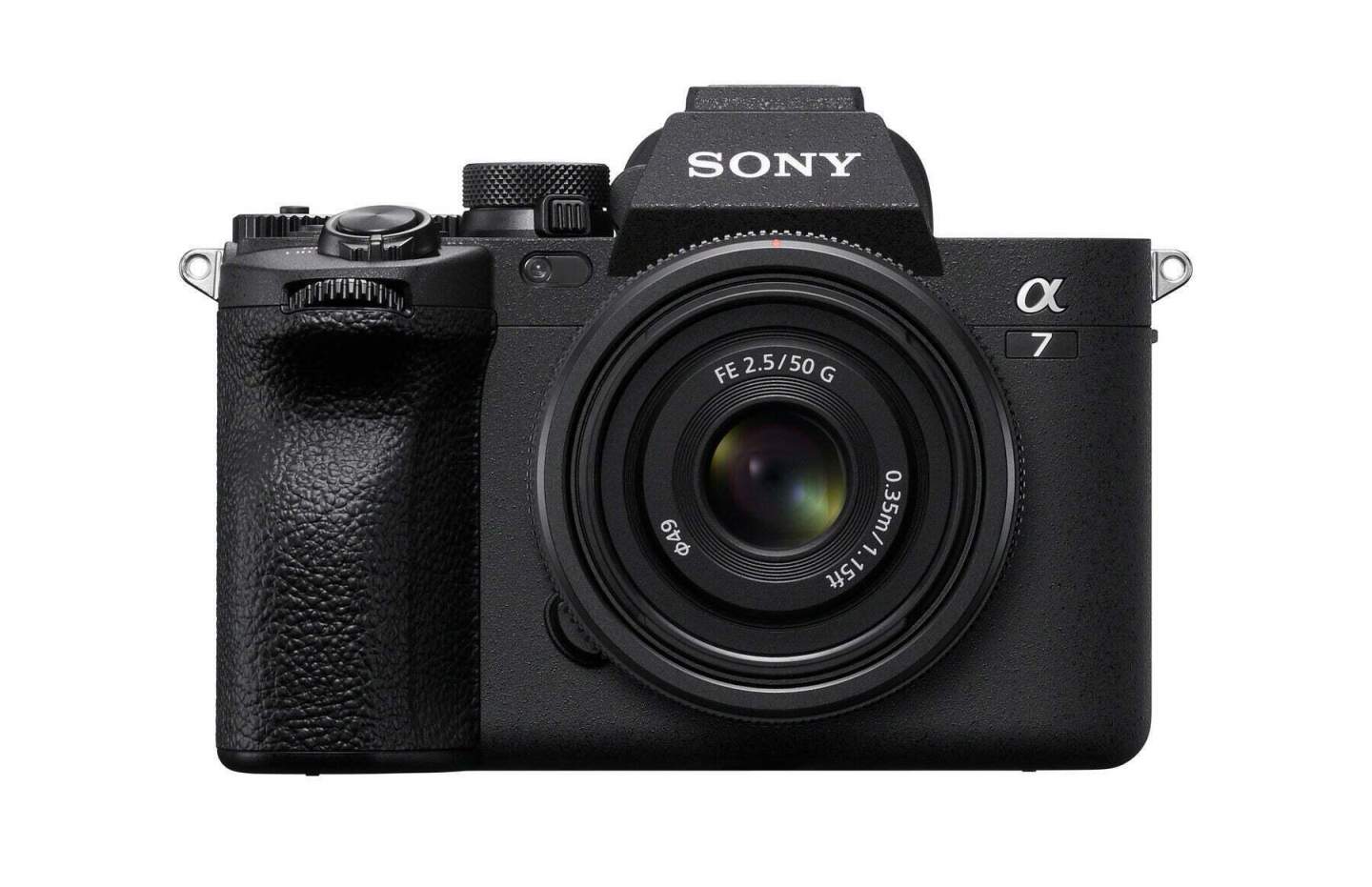 5-axis in-box optical stabilization is standard, too, for what Sony says is around a 5.5 stop shutter speed advantage. As for burst mode, courtesy of new CFexpress Type A card support in one of the Alpha 7 IV’s two slots (the other supporting just UHS-II SDXC/SDHC cards), the camera can shoot up to 828 continuous uncompressed RAW and JPEG images. That’s an eightfold increase over the old camera, and the number rises even more if you’re shooting compressed files. 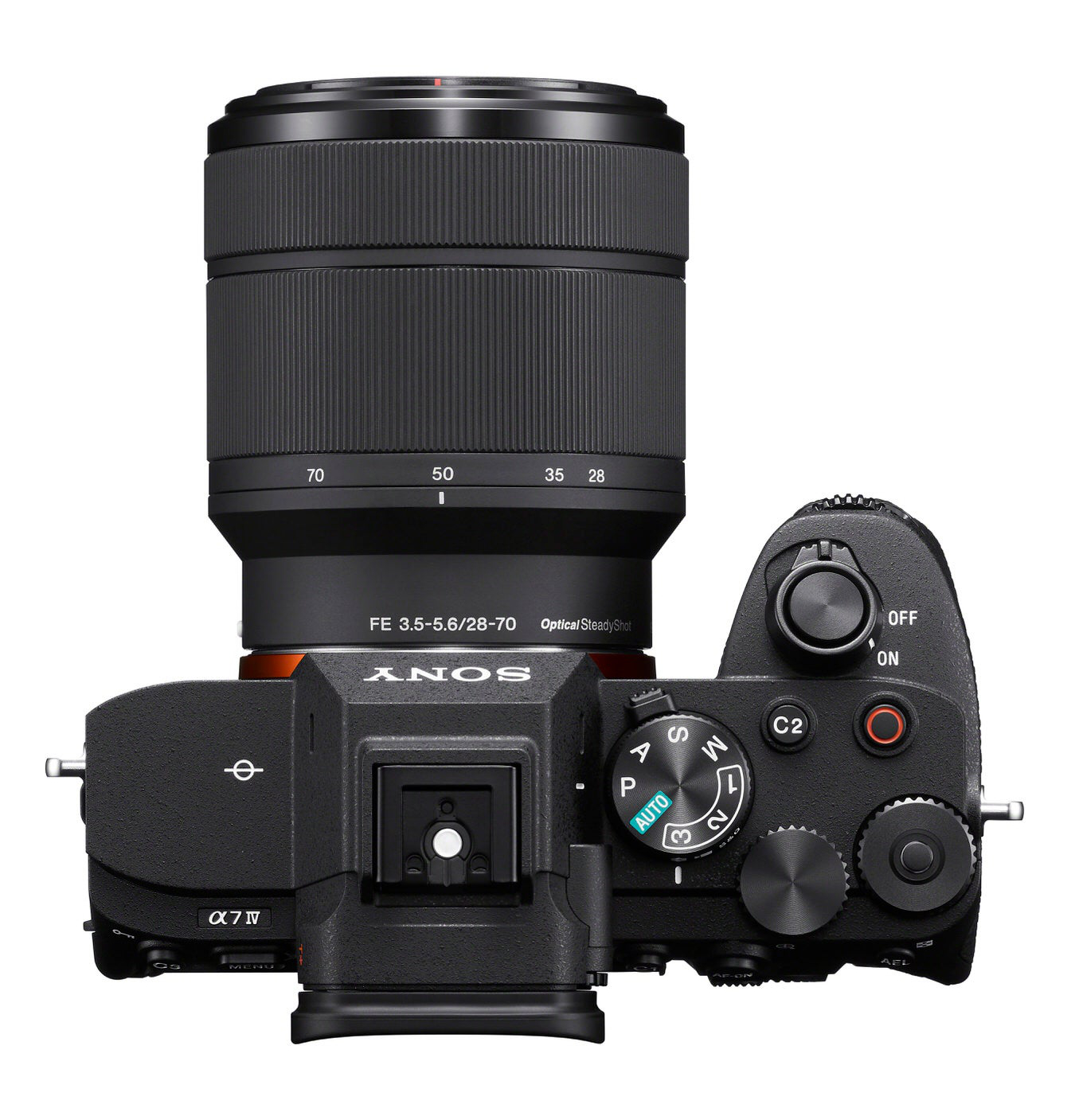 It’s focusing – always a strong point in Sony’s shooters – where things get really interesting. While it’s not quite as fast as in the A1, since that uses the stacked CMOS, the system is basically the same. There are 759 phase-detect AF points, for 94-percent coverage of the frame. Both real-time tracking and real-time Eye AF are supported, the latter working with humans, animals, and birds. The system can even handle up to f/22 apertures, for when the Alpha 7 IV is used with super-telephoto lenses. 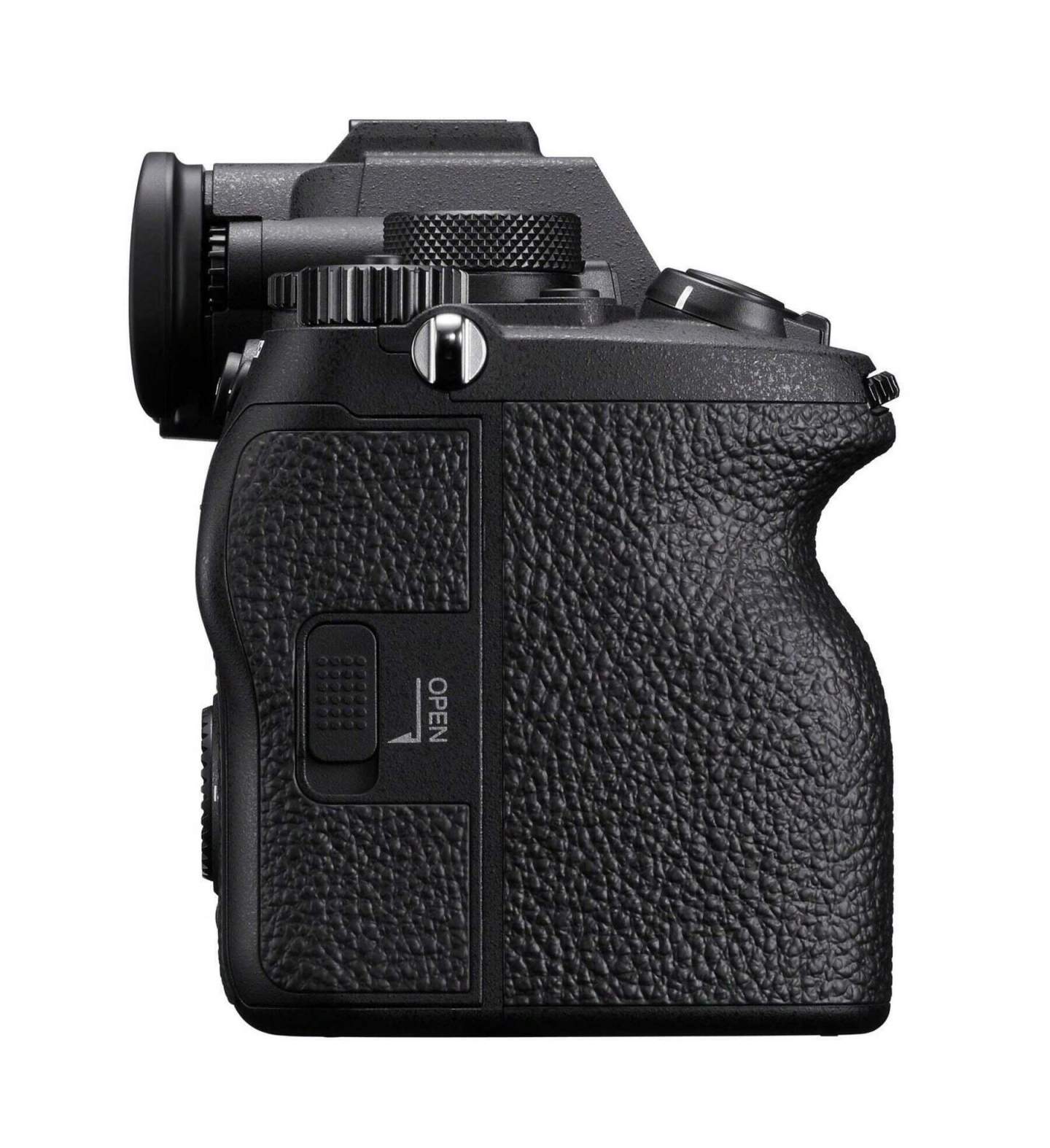 For video, there’s support for 7K oversampled or 4K 60p capture. Both use full pixel readout without binning. There’s digital audio passthrough support, real-time such tracking, and real-time Eye AF for video too. A new Still/Movie/S&Q dial on the top can switch quickly between different settings and button/dial customizations for hybrid shooters. 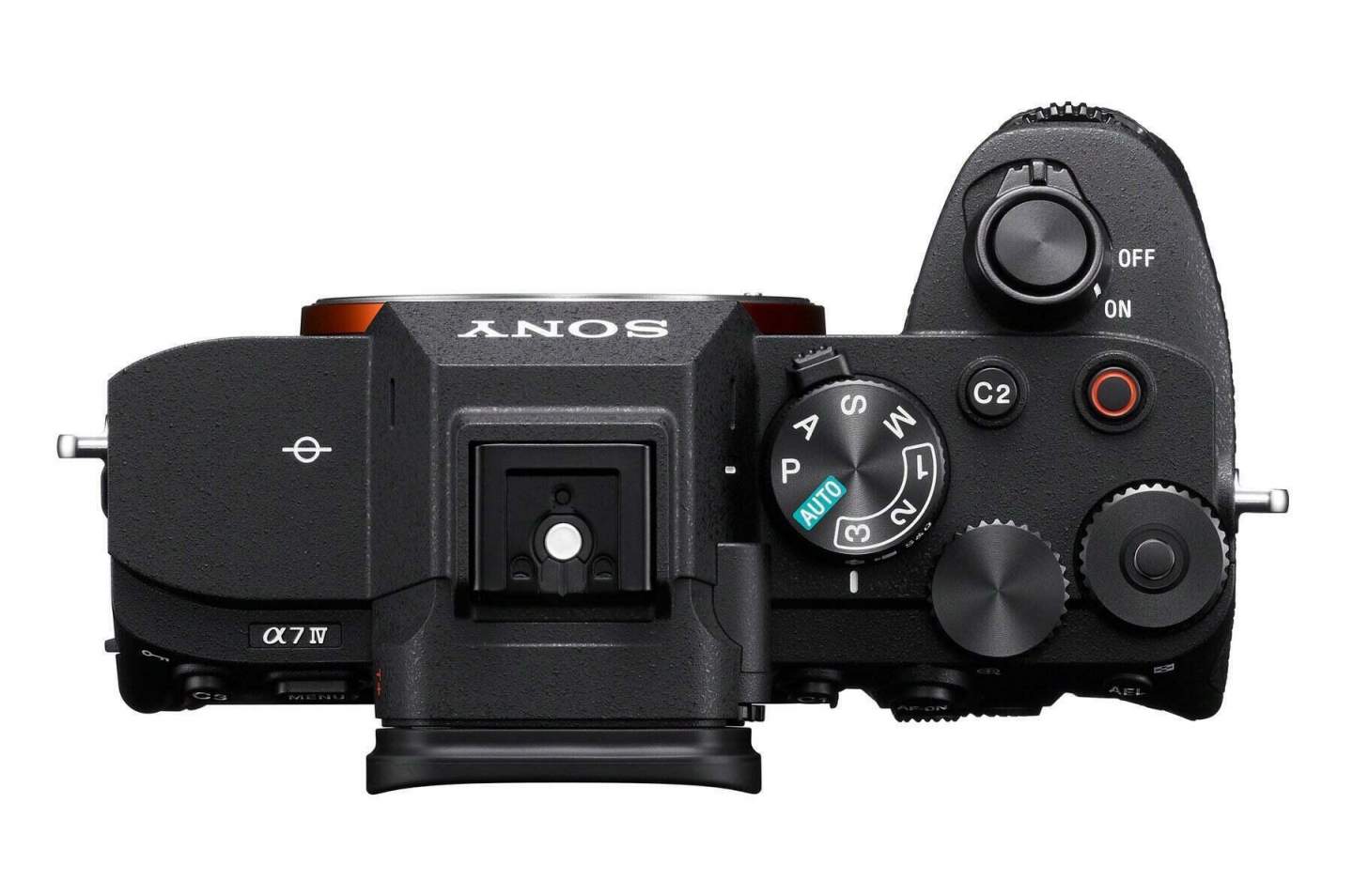 With E-mount lenses, there’s AF Assist and a new Focus Map to help visualize the depth of field. It basically color-codes the preview, to show exactly what will be in crisp focus and what will be blurred. Breathing compensation, meanwhile, promises a consistent angle of view when focusing. As long as you’re using Sony cameras that support the feature, it means the Alpha 7 IV is aware of the angle-of-view shift amount at each focus position, and can digitally adjust the frame to avoid the little lurches in other cameras. It’s available at up to 60p shooting. 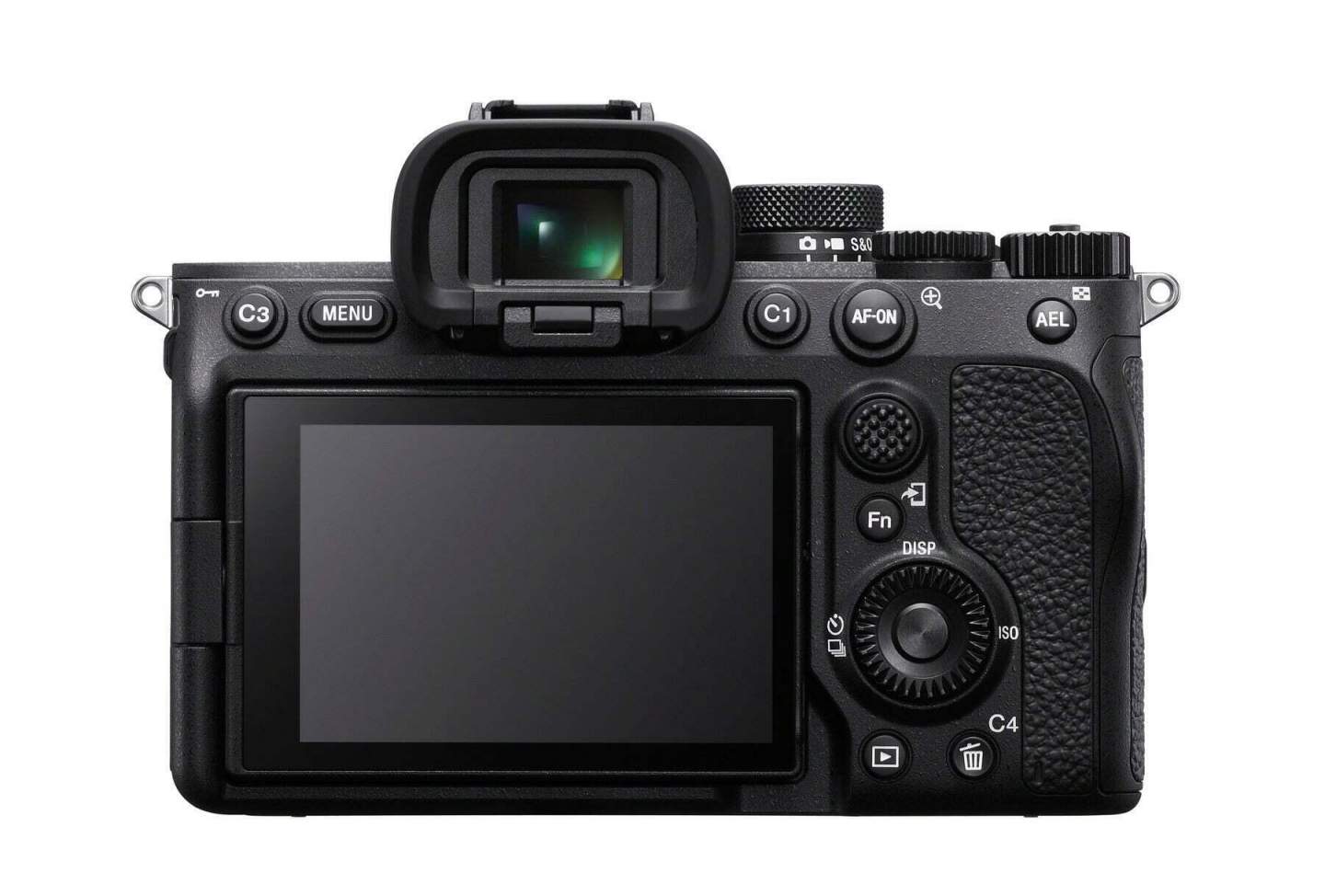 As for the usability, there’s a 3.68-million dot Quad VGA electronic viewfinder, with higher resolution than before and a choice of 60fps or 120fps refresh rate. A tilt/swivel 3-inch LCD on the back supports touch. Sony says there’s better heat-dissipation, too, allowing continuous 4K 60p 10-bit 4:2:2 video capture for over an hour. 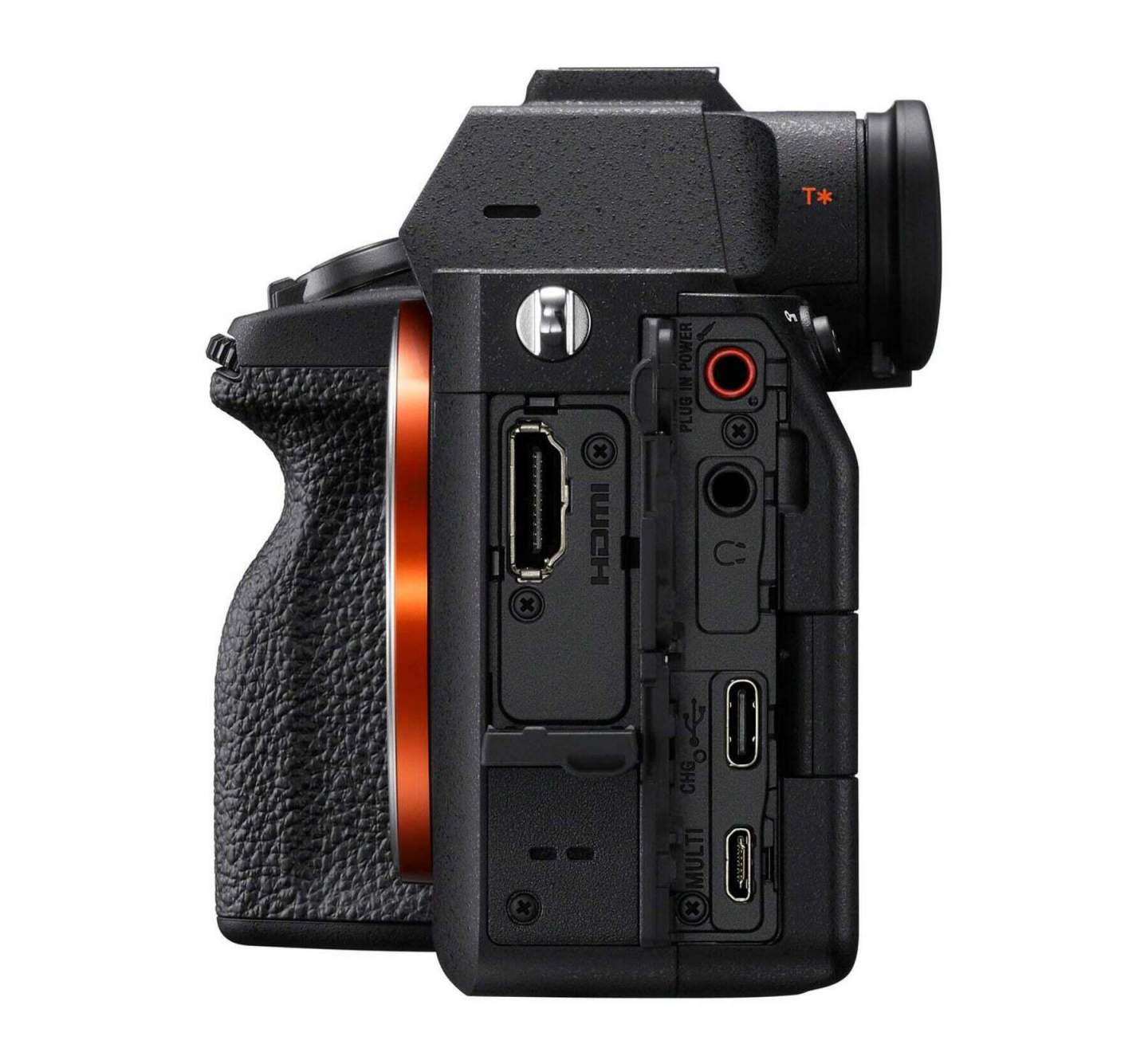 Connectivity includes USB-Type C 3.2 Gen2 for up to 10 Gbps wired links, and it supports a UBS 1000BASE-T ethernet adapter as well. There’s a multi/micro USB connector, a mic jack, a headphone jack, and an HDMI Type-A output. WiFi and Bluetooth are standard, too, now with 5GHz support for faster connections.

The Alpha 7 IV can link via wired or WiFi connection for tethered shooting, and now uses a continuous Bluetooth link with the Imagine Edge app for smartphones. That means the phone and camera remain linked, so that transfers – via WiFi – can be started more rapidly. There’s also background FTP transfer support. 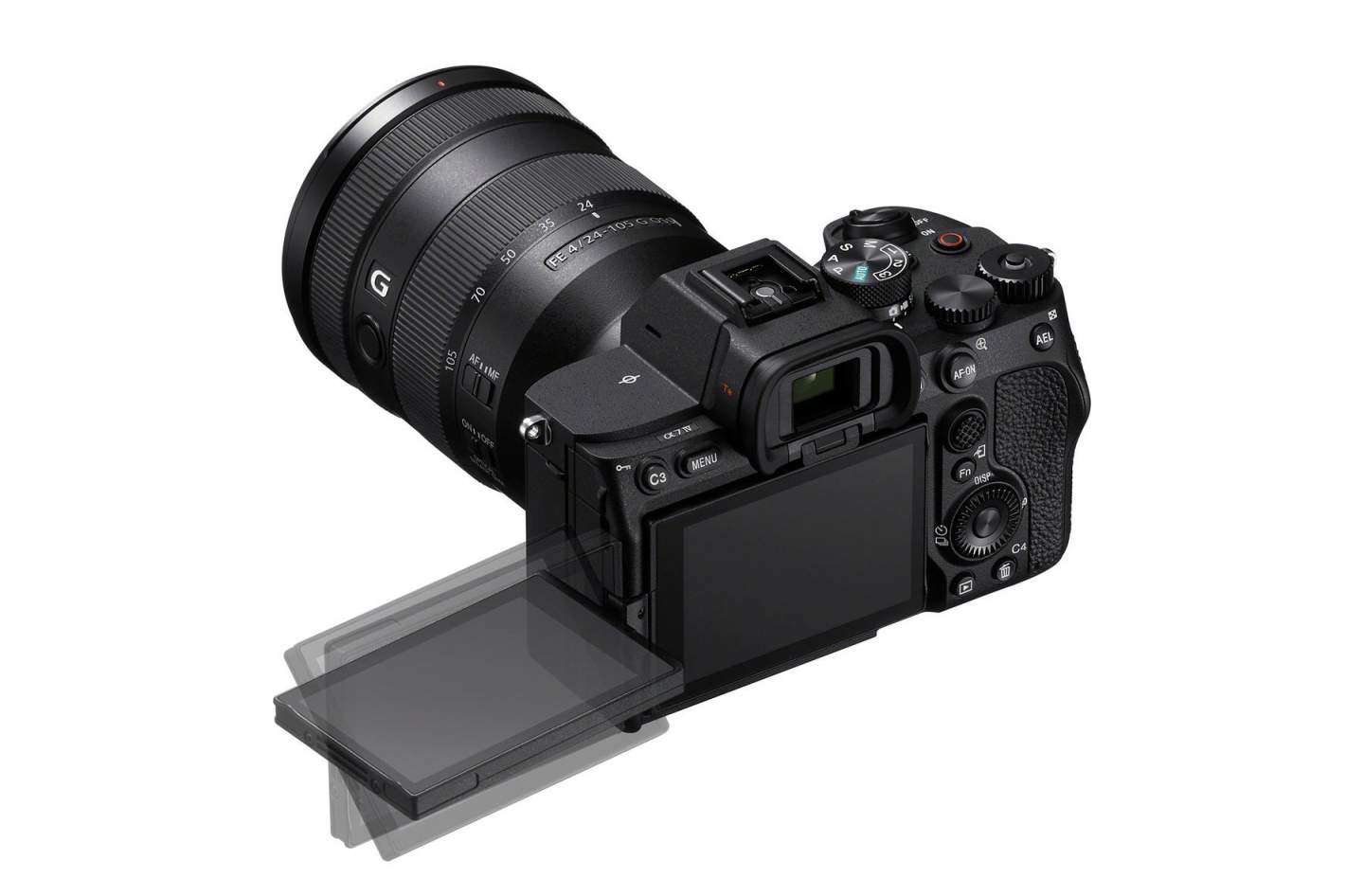 For streamers, Sony has revamped its USB option. Rather than need a standalone app or capture card, plugging the Alpha 7 IV into your computer via USB pulls up a new USB Streaming option. Thanks to USB UVC and UAC there’s now support for up to 4K 15p or Full HD 60p, digital audio passthrough, and the ability to record internally to the camera (at different resolution to what you’re streaming) simultaneously.

Meanwhile, there’ll also be two new flash models. They’ll support better communication between the camera sensor, the BIONZ XR processor, and the flash’s processor, allowing for through-the-lens pre-flash metering for every frame. The HVL-F46RM and HVL-F60RM2 will arrive in November, priced at around $400 and $550 respectively.