Sony has revealed the latest addition to its camera line-up, but the Sony Alpha 1 is no ordinary shooter. Packing a new 50.1-megapixel full-frame stacked Exmor RS sensor, combined with a new BIONZ XR imaging processing engine, it doubles the AF and AE processing speeds of the Alpha 9 II, in what Sony is describing its “most technologically advanced, innovative camera” ever.

To do that, Sony built a special CMOS just for the Alpha 1. The new full-frame Exmor RS works with a processor that’s eight times more potent than its predecessor, unlocking up to 120 AF/AE calculations per second, and up to 8K 30p 10-bit 4:2:0 video.

The image sensor taps integral memory to help with that, meaning it’s capable of 30 fps continuous full-resolution images. At that rate, it can shoot up to 155 full-frame compressed RAW images or 165 full-frame JPEG images with the electronic shutter, without sacrificing AF and AE tracking performance. Exposure changes – even dramatic ones – can be handled with AE response latency as low as 0.033 seconds, Sony claims. 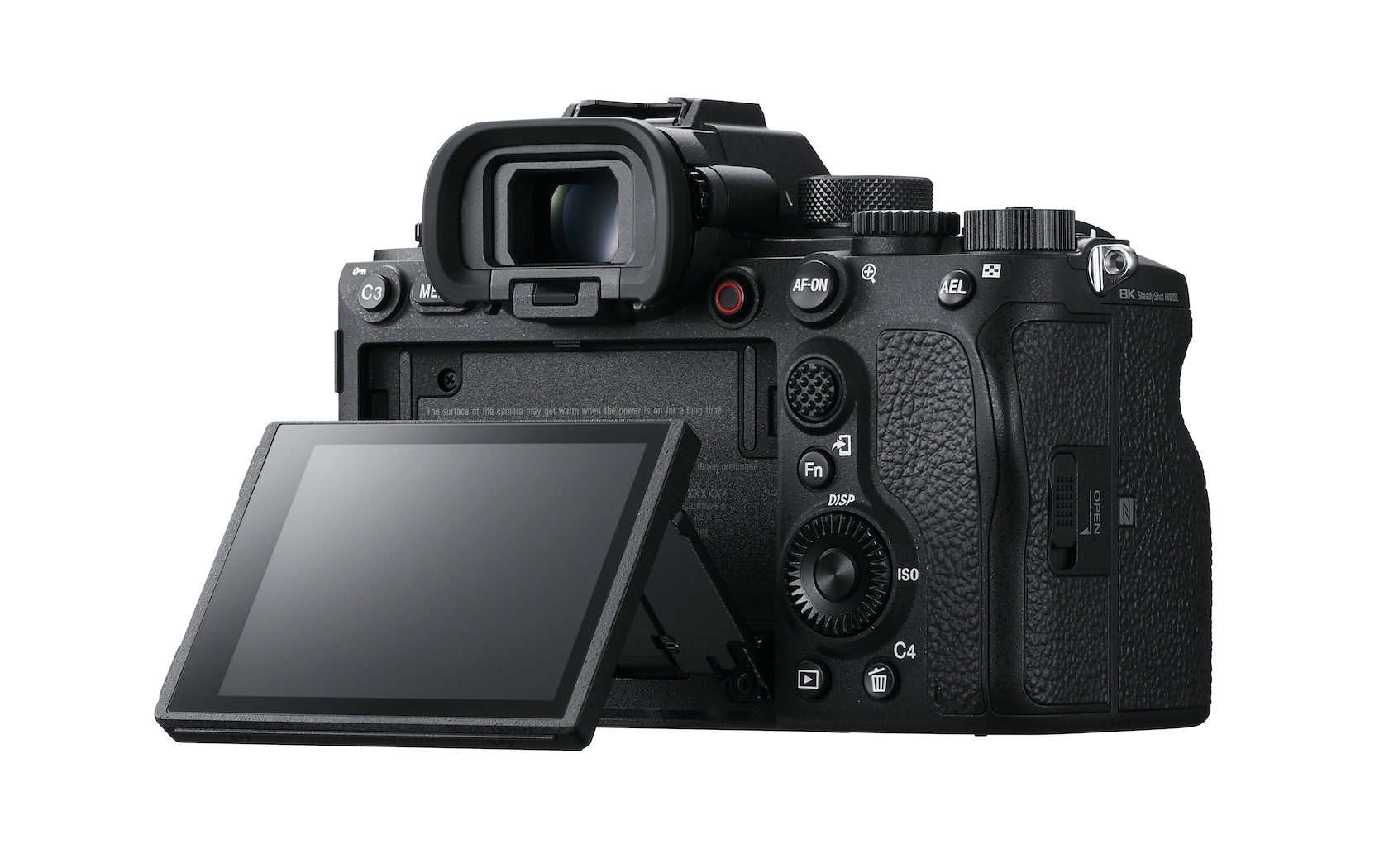 Since you need a special viewfinder to deal with that sort of performance, Sony hasn’t stinted there either. The Alpha 1’s electronic viewfinder supports a 240 fps refresh rate, a first in the camera world, and it doesn’t black out when exposure is made. That means no flickering during burst shots. It supports 0.9x magnification and uses a 9.44m dot Quad-XGA resolution OLED panel with a 41-degree diagonal field of view and 25mm-high eye point.

Alternatively, there’s a 3.0-inch 1.44 million dot LCD on the back. That supports Touch Focus and Touch Tracking.

For focus, there’s a 759 point phase detection system that covers approximately 92-percent of the image area. The BIONZ XR engine is responsible for boosting Real-time Eye AF detection performance 30-percent over the old BIONZ X, and can now support birds along with humans and animals. AI Real-time Tracking taps color, pattern, and depth data to predict where moving subjects might be headed, to keep the focus locked in place. 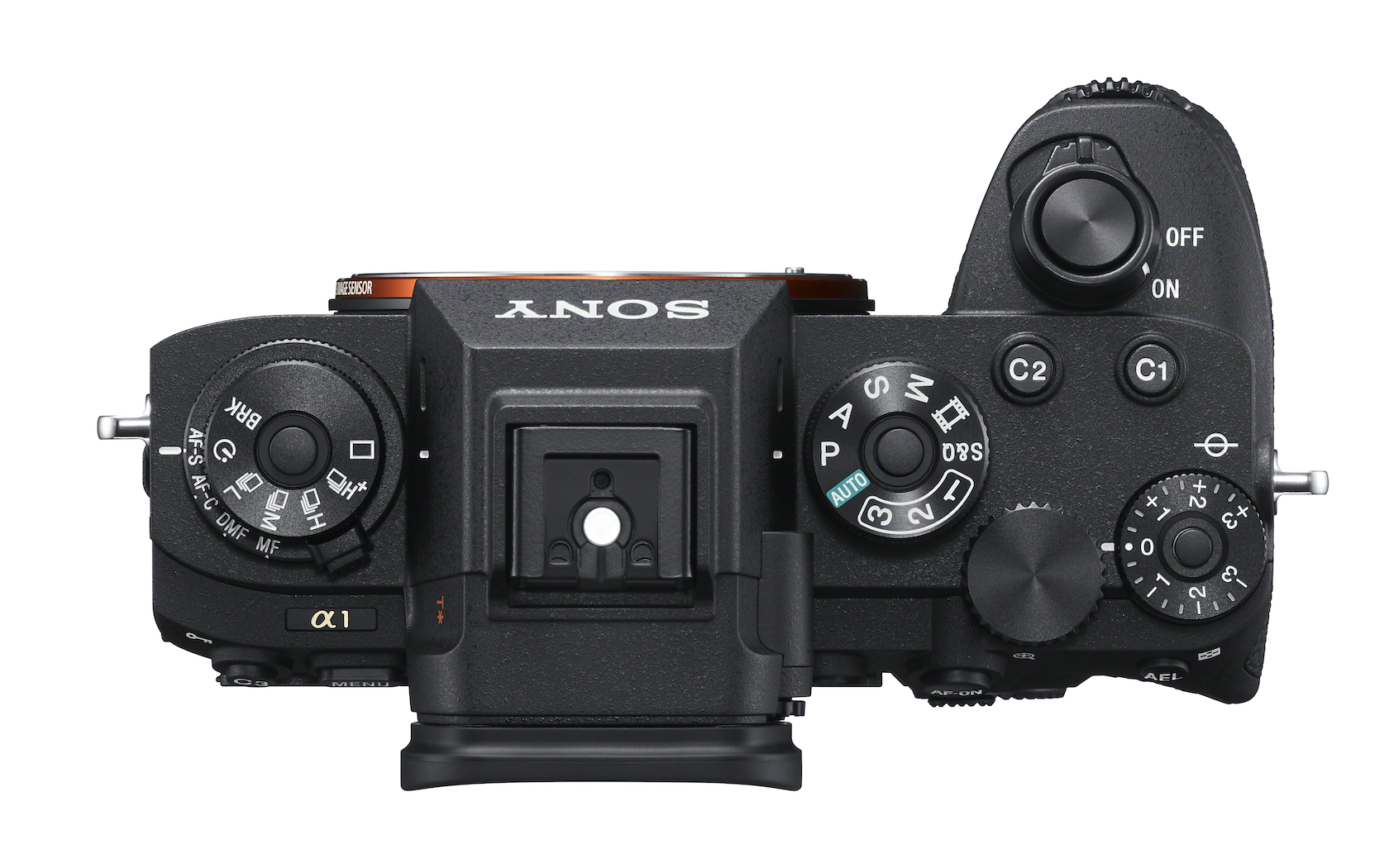 Rolling shutter is down 1.5x compared to the Alpha 9 II, and it’s now vibration free, Sony says. Electronic shutter flash sync up to 1/200 sec is available, too, a first for an Alpha model. With mechanical shutter, there’s a 1/400 second flash sync speed.

There are 15+ stops of dynamic range for video, and 15 for stills, with an ISO range of 100-32,000 that’s expandable to 50-102,400 for stills. Pixel Shift Multi Shooting combines up to 16 individual images, each slightly shifted, for a 199-megapixel image, albeit processed off-camera in the Sony Imaging Edge desktop app.

For video, there’s 8K 30p 10-bit 4:2:0 XAVC HS recording with 8.6K oversampling. In-camera 4K support is up to 120 fps, for up to 5x slow-motion footage, and it can be used with 10-bit 4:2:2 recording, Long GOP inter-frame compression, and high-quality Intra (All-I) intra-frame compression. S-Cinetone support is included, too, and 8K/30p video can be recorded continuously for around 30 minutes before the Alpha 1 needs time to cool. 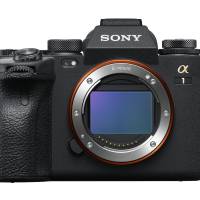 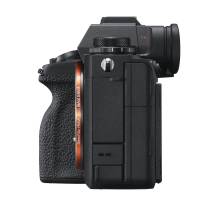 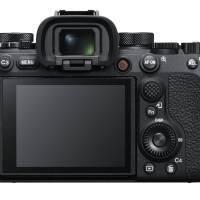 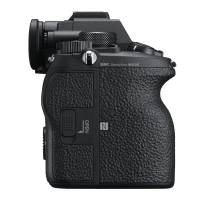 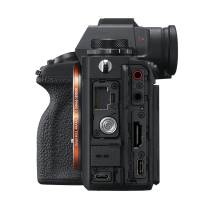 On the stabilization side, there’s OIS for up to a 5.5 step shutter speed advantage. Active Mode supports stabilization during handheld video shooting, and the camera can pass over data from its built-in gyro to Sony desktop apps like Catalyst Browse and Catalyst Prepare.

As for content sharing, while it’s not specifically designed to work with the Alpha 1 camera, Sony’s Xperia Pro smartphone also dropped today. A 5G Android phone with a unique HDMI input, it allows for live-streaming of video and photos from a connected camera, and uses a new 4-antenna system for the best 5G mmWave upload rates. 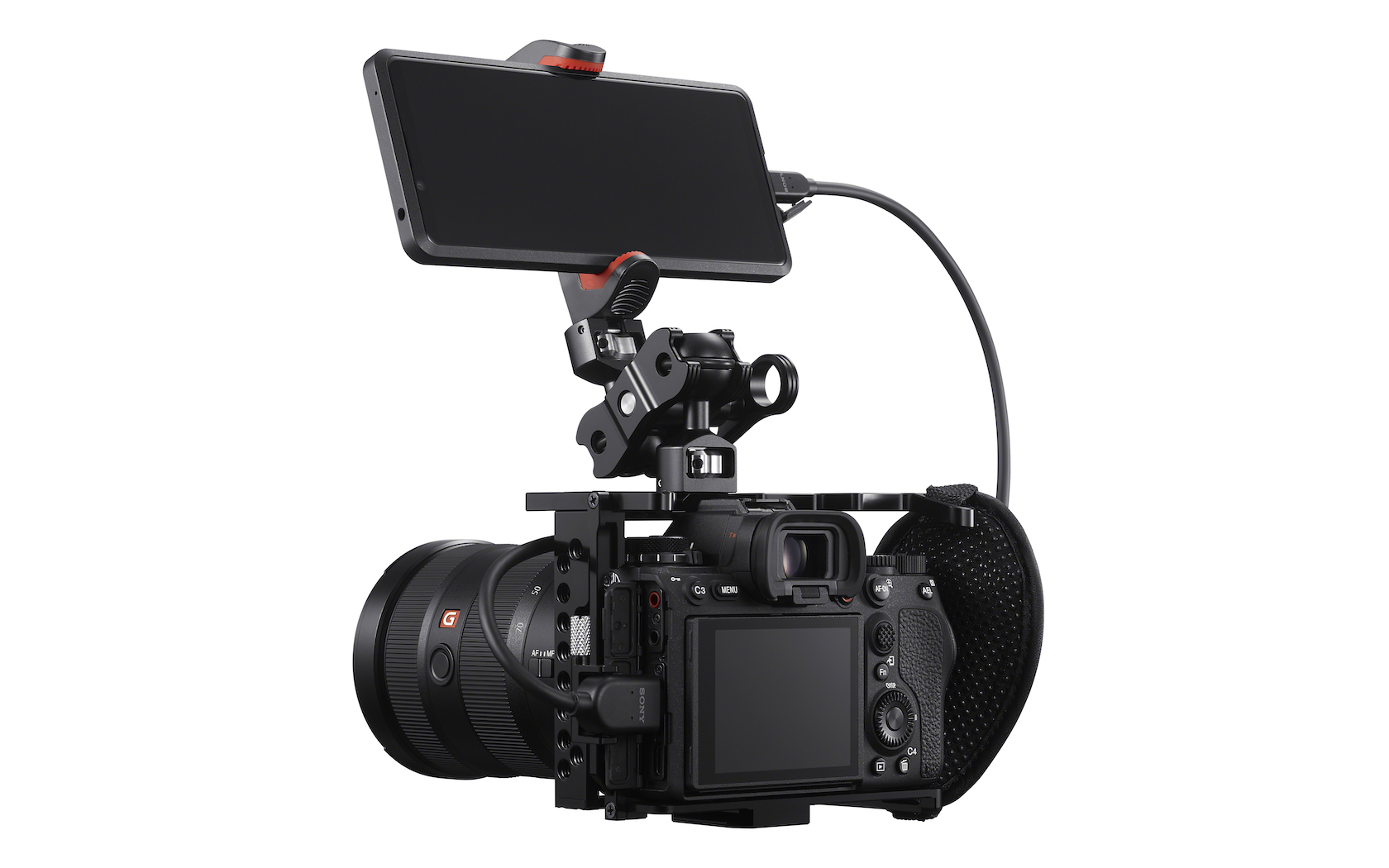 Alternatively, the Alpha 1 has its own WiFi 802.11ac 2.4/5GHz wireless and a USB Type-C connector, plus a built-in 1000BASE-T LAN connector. There’s support for FTPS secure encryption too. Along with compressed and uncompressed RAW files, the Alpha 1 can use a new Lossless Compressed RAW format, and a “Light” JPEG/HEIF format. In-camera editing is supported too.

There are two media slots, for UHS-I and UHS-II SDXC/SDHC cards along with new CFexpress Type A cards. The Alpha 1 itself has a magnesium alloy chassis and USB PD support. It’ll go on sale in March, Sony says, priced at $6,500.