Sony’s next camera sensor will improve your smartphone camera game in a big way. Compared to past tech, cameras will be twice as accurate when seeking focus. This system is enabled with the just-revealed Sony 2×2 On-Chip Lens Solution (OCL) for future mobile image sensors. If you’re reading this article in the year 2019, bookmark it – when you get your first camera in the year 2020 or later and find yourself marveling over the lack of blurry photos, come back and read why that’s happening, right here!

Sony first revealed their 2×3 OCL mobile camera tech on December 9, 2019. This new system was described as follows: “The 2×2 On-Chip Lens (OCL) solution is a new image sensor technology for achieving high-speed focus, high-resolution, high-sensitivity, and high dynamic range.” Where the best Sony Quad Bayer sensors had an on-chip lens for each individual pixel, this new solution uses one on-chip lens for each four adjacent pixel set.

A single lens that spanned four pixels was attempted in the past, but the structure (as Sony describes it), caused issues. In the past, this 1-lens/4-pixels system had issues with variance in sensitivity per pixel. Sony’s latest technology manages the variance with:

• Optimization of the device structure
• A new signal processing technology

Because they’ve handled the variance, they can reap the benefits of their newly-viable 2×2 On-Chip Lens (OCL) solution. This new solution massively improves the way in which a phone-based camera can focus. We’re interested in two of these benefits specifically. 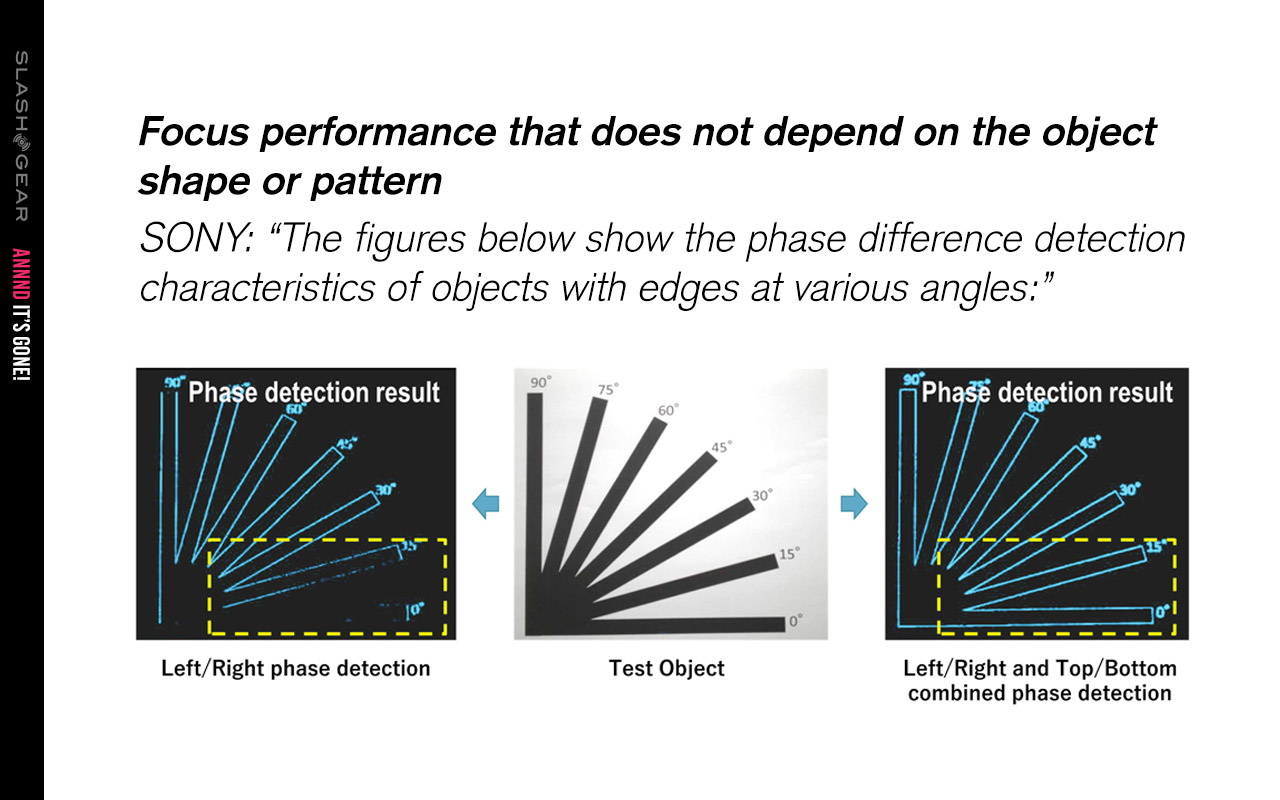 So if you’ve been trying to focus on the edge of a table, you’ll have had some difficulty. If you try to focus on a table leg, you’ll find the focus achieved far quicker than the table top. Most of the time this isn’t a major issue because most objects we try to photograph aren’t perfectly horizontal – but in the near future, with 2×2 OCL, we won’t need to worry.

The Sony 2×2 OCL system “is able to detect vertically in addition to horizontally, which enables high-speed auto focus using phase differences in every situation.” Before 2×2 OCL, you were dealing with focus system that was only half as good!

In the past, “conventional methods” for focus with phase detection required using dedicated pixel with no imaging functionality. This restricts the area in which the camera can see phase change – and decide where to focus on what. 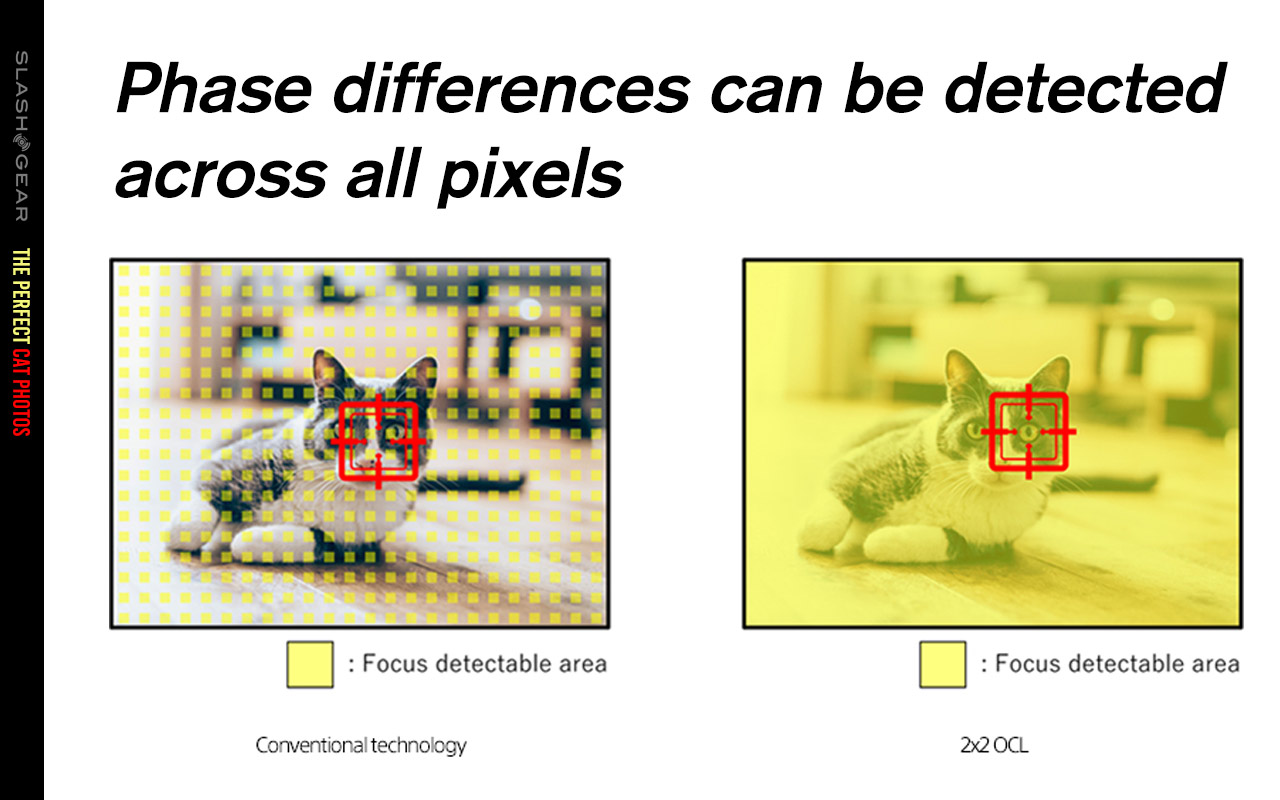 The new method with 2×2 OCL allows all pixels to be used as imaging pixels and detection pixels. So instead of a grid of dots, the camera is utilizing the whole space. Anywhere you want to focus, this system can focus.

Sony first released information about their 2×2 On-Chip Lens Solution (OCL) on December 9, 2019. Per usual, Sony did not specify where this newly-revealed tech would be released first. It’s not likely we’ll see this in early 2020 – but it wouldn’t be a bad bet to see it in smartphones in the latter half of the year. I wouldn’t mind if Sony surprised us and revealed an image sensor with this tech available earlier than that – but we shall see!