Sonos event on March 9 confirmed: Headphones, Move Mini or something else?

Sonos will hold its next event on Tuesday, March 9, the company has confirmed, with rumors already circulating about just what the connected speaker company could have in the works. It’s the first big product announcement from Sonos since the unveil of the Arc Dolby Atmos speaker bar, though this time around there’s chatter of a set of Sonos headphones or another portable speaker.

Either would continue Sonos’ fledgling efforts to spread its platform out of the home. Traditionally, the company has been known for its multi-room speaker systems, including both standalone and installed music speakers, and soundbars for TV use.

However, the arrival of the Sonos Move – the company’s first portable, battery-powered speaker – suggested the four walls of the home were no longer enough for Sonos’ ambitions. As well as WiFi connectivity for a traditional speaker network, Move includes Bluetooth for direct pairing with smartphone, laptop, or other source. It also debuted a new type of auto-configuring EQ system, which could intelligently tune performance depending on the audio profile of the space the speaker was being used in. 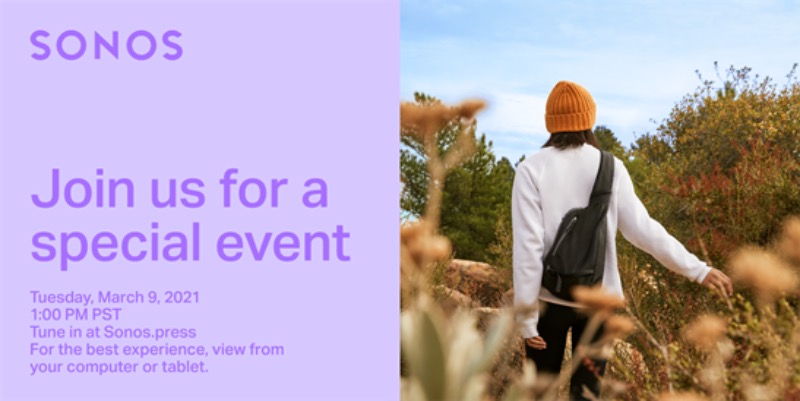 As for what could arrive on March 9, there are two predominant rumors. The first is a smaller version of the Move, which could offer similar portable audio flexibility only with a smaller price. Move’s $399 tag makes it fairly affordable in Sonos terms – slotting in between the $199 Sonos One and the $499 Sonos Five – but an outlier in the portable speaker segment. There, sizable Bluetooth speakers can be found for $100+ less.

A filing at the FCC earlier this year showed what looks to be a new Sonos portable speaker. Although no photos of the device were included in the listing, diagrams of the test setup confirmed a wireless charging dock along with both WiFi and Bluetooth connectivity. It was noted as model Sonos S27; the existing Move is model Sonos S17. 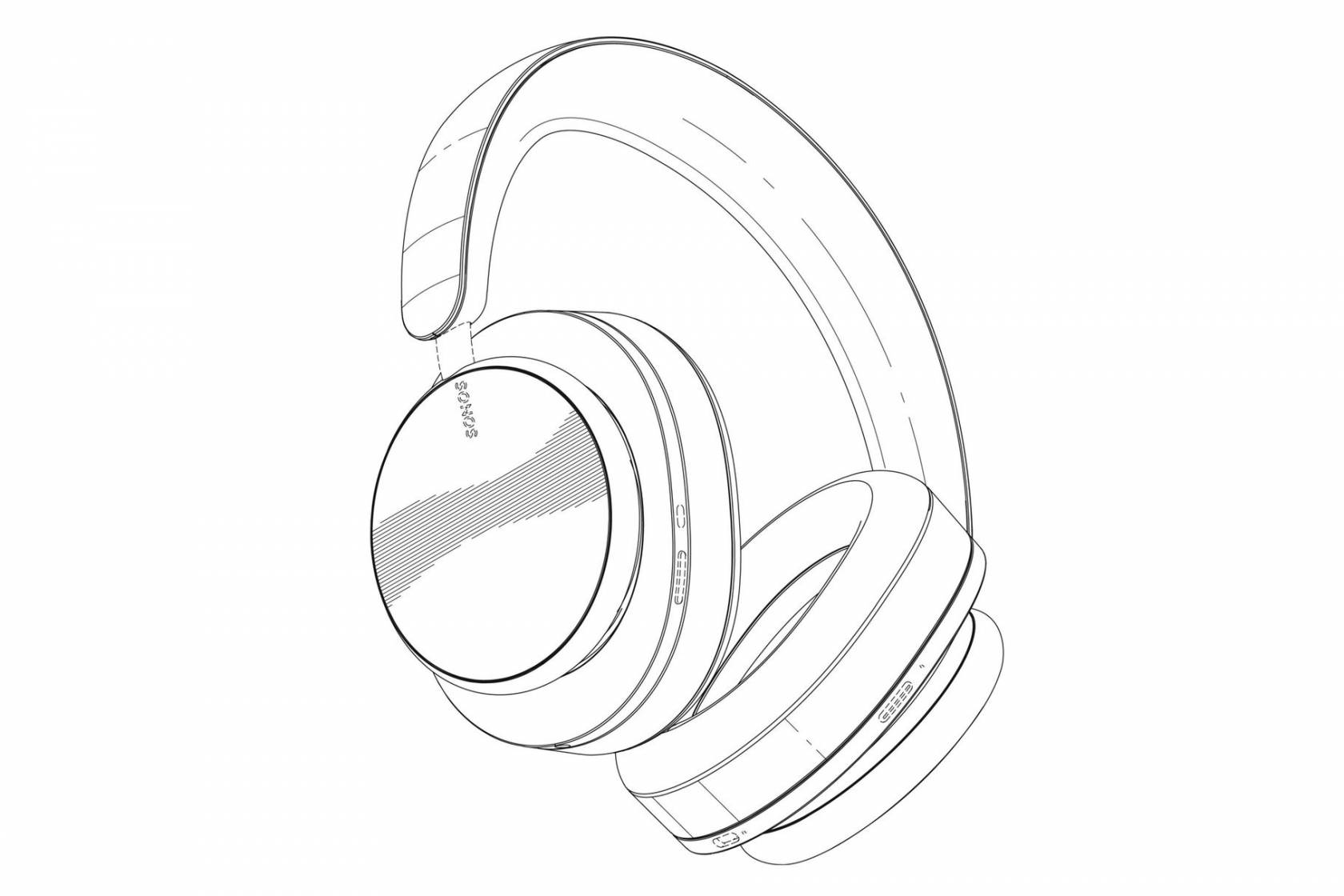 The second possibility, though, are the long-anticipated Sonos headphones, which have been the subject of several prematurely-spotted patents and trademarks. That would give the company its first private listening option, perhaps all the more relevant with more people sharing spaces at the moment and an uptick in working and studying from home.

A new design patent in Germany, spotted by The Verge, suggests just what those headphones might look like in their latest iteration. That includes Sonos’ familiar circular graphic on the ear cups, with controls and a charging port spread around the edges.

Integration with a Sonos speaker system is undoubtedly on the cards, though we’d also expect to see direct pairing, Move-style, with a smartphone or other source. Sonos has been ramping up its music and radio service options over the past 12+ months, expanding beyond just speaker hardware itself, so the Sonos headphones could be positioned as a way to make maximum use of a Sonos Radio HD subscription. We’ll presumably find out more on March 9, 2021, with the Sonos event kicking off at 1pm PST.