Soft Exosuit gets DARPA favor, will give soldiers superhuman legs

DARPA has shelled out a large grant for the Soft Exosuit, something referred to as a “wearable robot” by Harvard. The Soft Exosuit is designed to be worn under clothes, targeted specifically at soldiers, allowing wearers to walk farther distances without getting as tired as they would without aid.

This new soft exosuit is the work of Harvard’s Wyss Institute for Biologically Inspired Engineering, which has been given a DARPA contract alongside up to $2.9 million for developing the so-called wearable. Though designed for soldiers to aid in carrying heavy loads and walking long distances, other versions could one day help those with trouble walking. 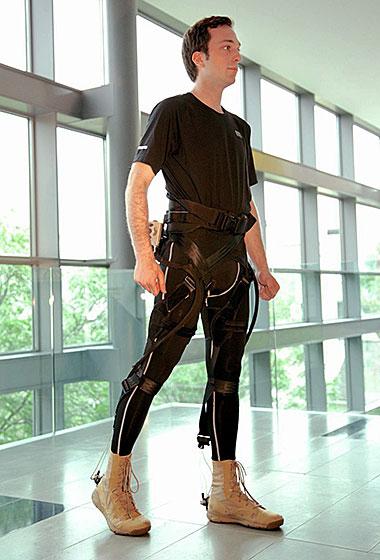 This is the first of what Harvard says could end up being a two-phase contract, and will help boost the work that has already been done on the suit. Unlike other exosuits designed to give humans super-human strength and endurance, the Soft Exosuit is exactly what its name suggests: a soft wearable with soft sensors, flexible power units, and a design that can be worn beneath one’s clothing.

The suit, says Harvard, is worn like a pair of pants, as shown in the image above. The design is made to mimic a human’s leg muscles and tendons during movement, and won’t have the drawbacks that come with big, heavy exosuits. The researchers behind the technology plan to work alongside health professionals to make a medical-centric version of the suit, as well. 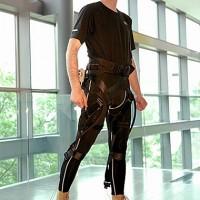 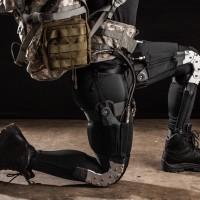