This week we got a look at the next generation in the Snapseed mobile photo editing and modification application, here on Android with the ASUS Transformer Prime first and foremost! This application has been live on iOS for some time now, and has found significant success in all things photo editing in the touch-heavy world of smart devices. Now it’s time for the application to take full advantage of the power of the quad-core processor the Transformer Prime works with, that being the Tegra 3 from NVIDIA!

This application will allow you an intense range of abilities as far as touchscreen editing of your photos goes, and right here on the 10.1-inch display of the Transformer Prime, there’s no greater place to make it happen on Android! Have a peek at how well this pre-release version of the software is working here during CTIA 2012 in Barcelona.

The developers at Nik have been working with the NVIDIA crew to bring on the Snapseed app to the Android market on the Tegra 3 first and foremost, this processor being an ideal entry point for the app as it’s got all the power the app will ever need. The app wont necessarily be released on the Tegra Zone as many of the Tegra-optimized games are as it really isn’t a game when it comes down to it, but it will certainly be released to the Google Play App Store soon! 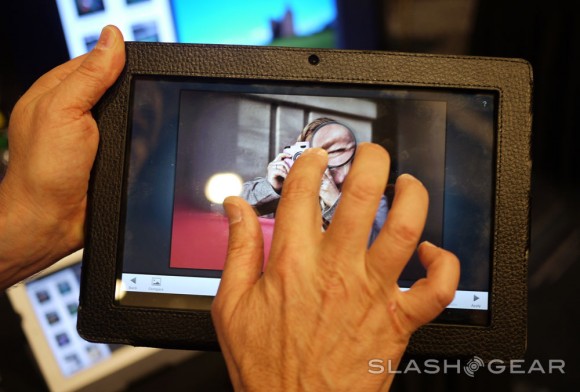