Qualcomm has built a modular autonomous car system offering automakers a shortcut to self-driving vehicles, as the chip-maker attempts to extend its footprint outside smartphones and modems. The Qualcomm Snapdragon Ride platform includes multiple chips and accelerators for things like computer vision, packaged into a car-friendly form factor, and with a whole software suite for autonomous driving.

It’s the handiwork of the past four years for Qualcomm’s team, though it’s not just been a matter of taking the same silicon you might find in, say, a Pixel 4 and putting it into a car. For a start, the requirements of an in-vehicle solution are particularly unique, with demands around power consumption, size, and ruggedness.

That’s not all new to Qualcomm’s, mind, since this isn’t the company’s first ride in automotive. It started out in 2002 providing early car telematics systems, such as embedded modems that allowed vehicles to contact emergency services in the case of a crash. Chips to power digital cockpit-style dashboard displays and infotainment systems followed on, with the third-generation Snapdragon Gen 3 Automotive SoCs announced last year.

The future, though, is if not fully-autonomous then definitely driver-assisted. “There has been a huge investment in the AI side, the computer vision side, the localization and positioning side, ADAS solutions, overall power-efficiency of the solutions,” Anshuman Saxena, director of product management at Qualcomm, explained to me. All in the name of helping automakers and Tier 1 suppliers get a faster route to autonomy.

As a result, the Snapdragon Ride platform is a modular arrangement of hardware and software. Qualcomm has a full stack of both, for everything from route planning and obstacle avoidance AI down to the chips to run that on, but automakers won’t need to take every part of it. Perception, localization, and planning systems can all be taken from different sources and interwoven with Qualcomm’s offering.

It’ll also be flexible in terms of just how much of the heavy-lifting the vehicle is expected to do. If that’s fully autonomous driving, the highest-performance version will have two application processors and an autonomous driving accelerator, for more than 700 TOPS of performance. 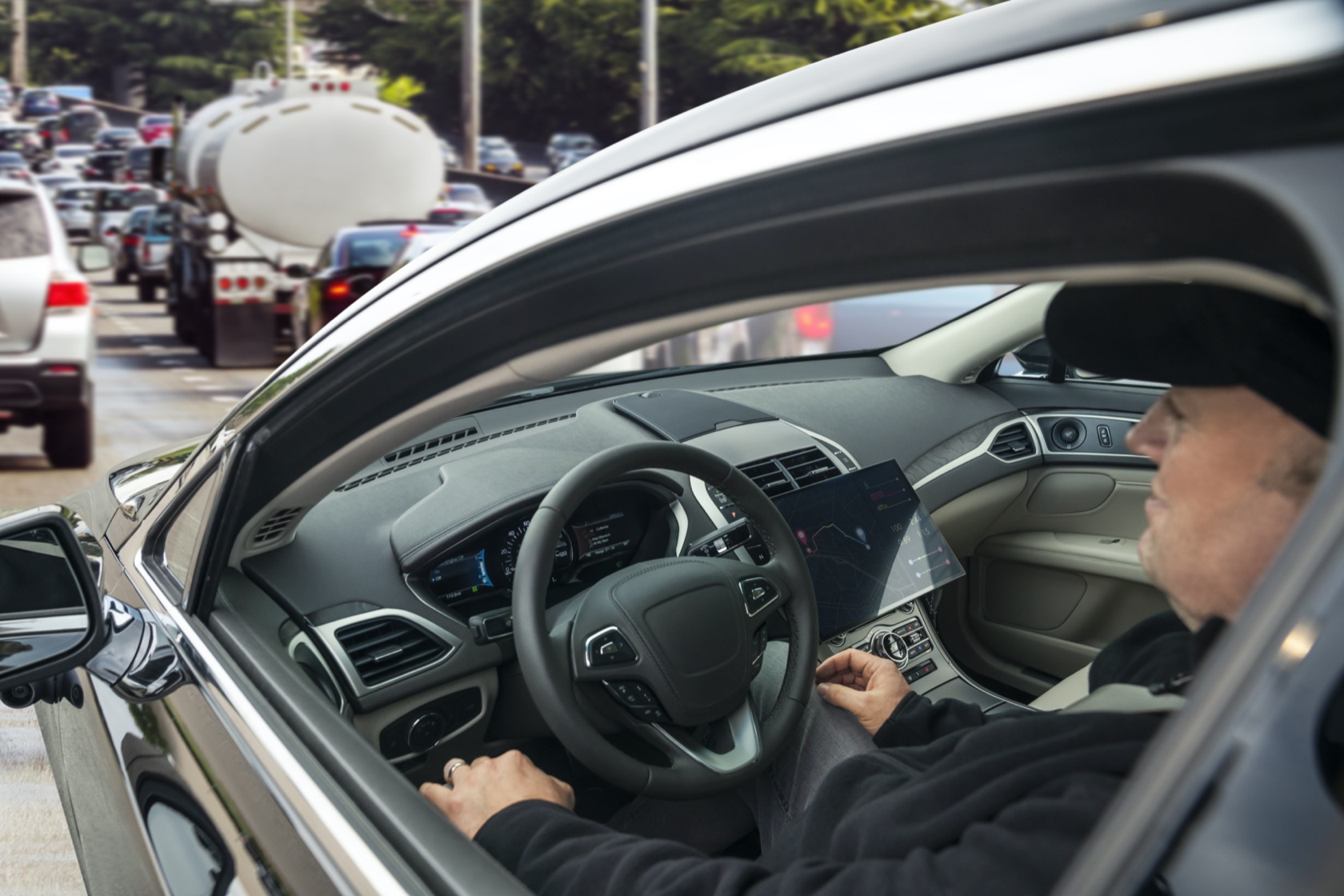 If they have more humble aspirations, like a Level 2/3 style driver-assistance technology for highway operation perhaps, they’ll be able to do that with something more frugal. Even then, you could be talking about a system capable of handling eight simultaneous camera feeds, six radar, and a high-accuracy GPS. Level 1/2 systems could be as simple as a single application processor and custom software, with around 30 TOPS of performance.

“It is a very open, programmable solution, that customers can pick and choose based on their needs,” Saxena says. That’s in recognition of just how the auto industry typically operates, with car companies generally combining off-the-shelf components and custom hardware and software. At a bare minimum, Saxena is expecting car makers to get into modifying the planning module, tweaking its parameters so that their autonomous or semi-autonomous vehicle drives according to their own particular style. 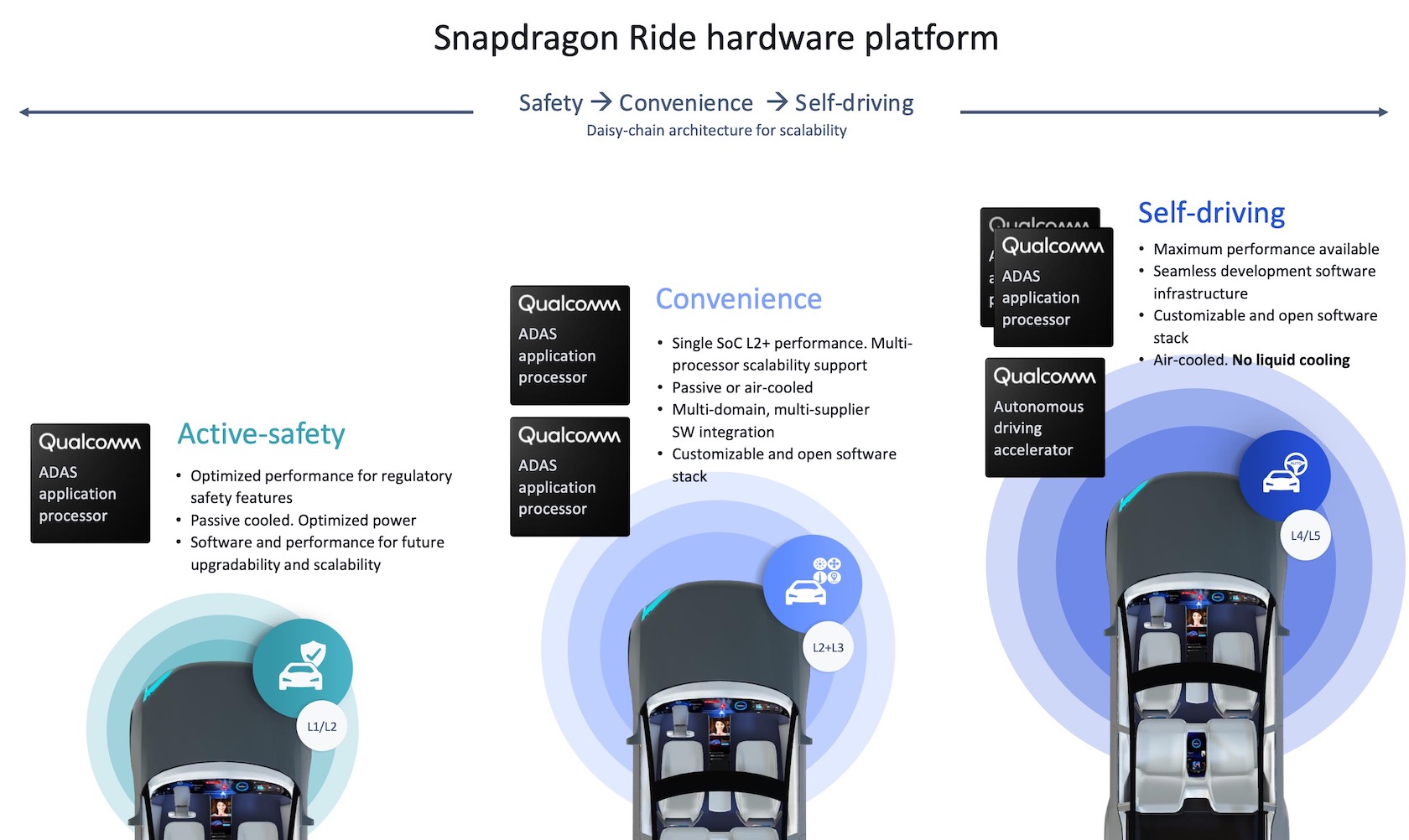 Were that not a requirement, though, the Snapdragon Ride platform could be an out-of-the-box route to self driving. “It can be a turnkey autonomous platform as well,” Saxena confirms, though Qualcomm doesn’t have ambitions beyond that. “We are not getting into a Tier 1 [supplier] domain,” he insists, “or a car maker’s domain.”

That distinction could end up an important one. While the software for autonomous cars has clearly been a significant challenge over the past few years, so too has the regulatory and legal environment. Who takes responsibility for driverless vehicles in the case of an accident or, worse still, a fatality remains a question that in many cases is unanswered. 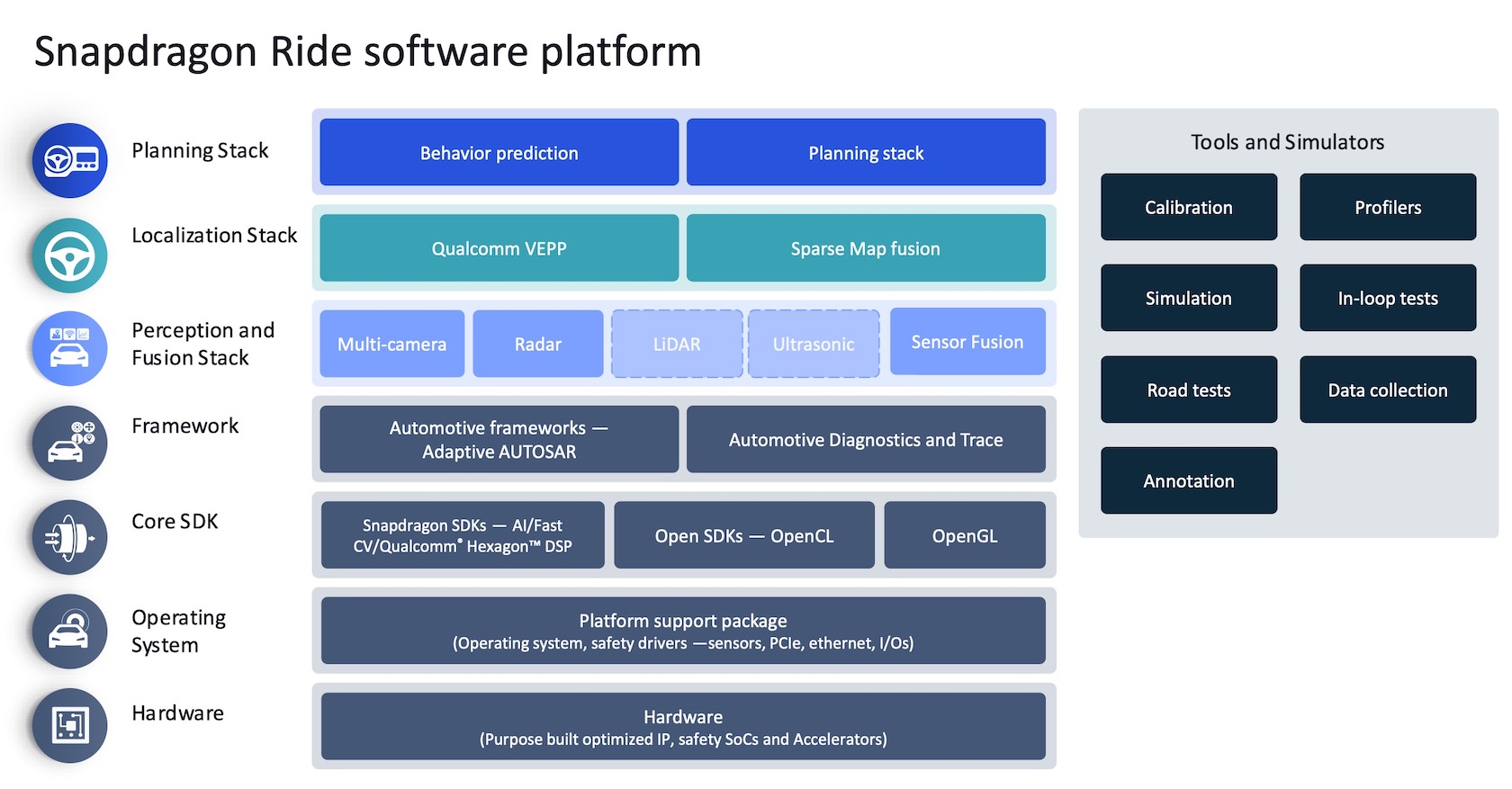 It’s something Qualcomm has been thinking about, but apparently isn’t ready to actually discuss publicly. When I pressed Saxena on the issue of liability, he highlighted the chip-maker’s intentions not to fall into the traditional supplier role. As Qualcomm views it, it seems, how automakers deploy autonomous systems based on its new platform – and the repercussions to that – is down to those automakers. 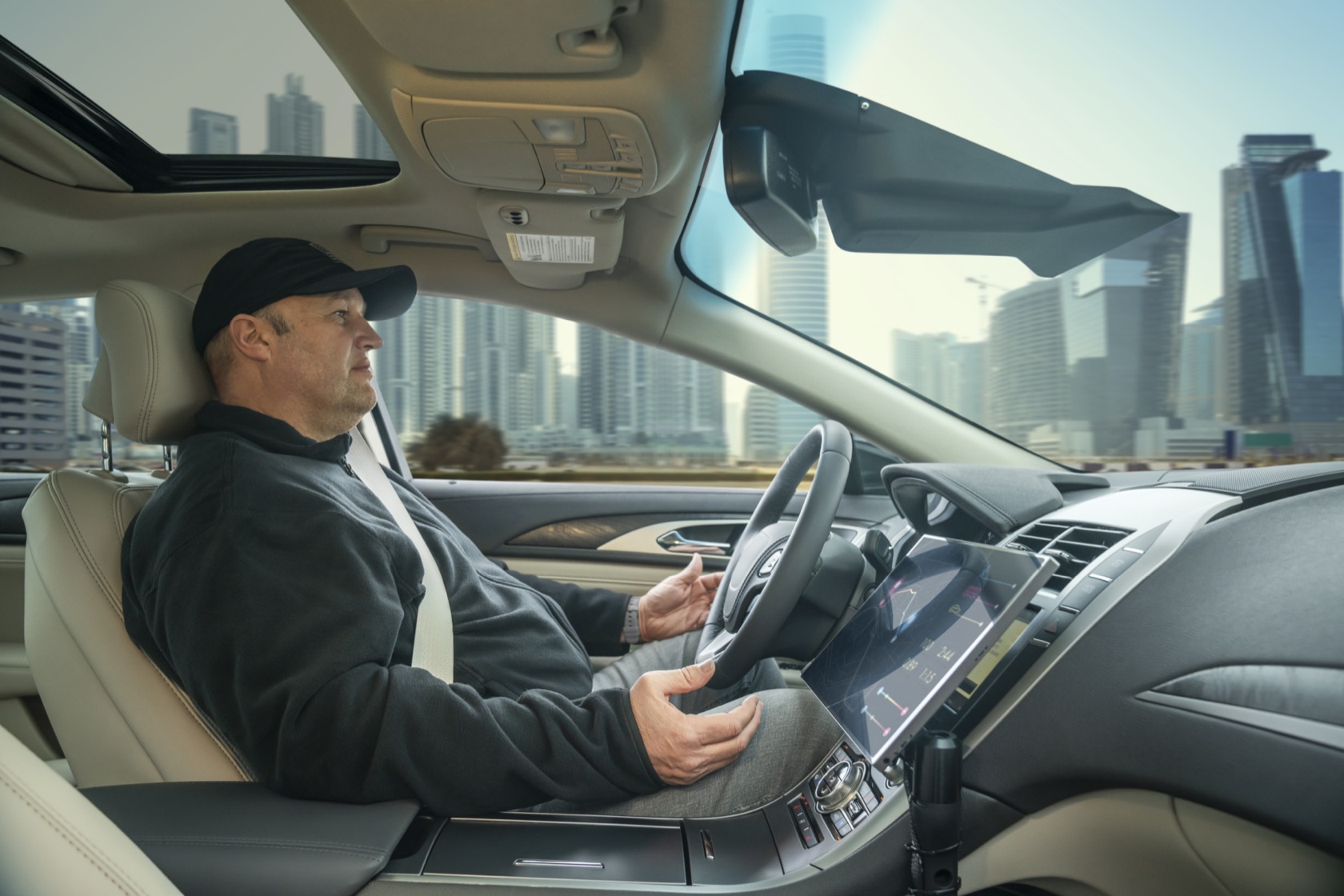 I’m not entirely sure that’s something the car companies – and any lawyers involved – will necessary agree with, particularly since this isn’t just chipsets or even simply sensors. By combining that all into a single stack, Qualcomm’s role in the driverless system becomes far more involved. Though the reality is that, as Saxena says, no automaker is simply going to drop Snapdragon Ride into a vehicle unmodified, questions about how vision pipelines analyze potential obstacles or dangers, or how sensors accommodate margins of error or route planning, are likely to come under the microscope once autonomy becomes more mainstream and the inevitable glitches began to surface.

For now, as with many aspects of driverless technologies, those are uncertainties still to be settled. The first Snapdragon Ride platform hardware is expected to be available in the first half of 2020, though Qualcomm isn’t talking any specific automaker names as to who might be considering it at this stage.