The title of the web-based episodic video series about to be released by Snapchat is literally the following: “Literally Can’t Even.” This web series will follow the daughters of directors Steven Spielberg and John Goldwyn as they go on comedic misadventures through life. The women will be playing alternate reality versions of themselves, as it were. Starting on the 31st of January – tomorrow – this web series will premiere in Snapchat’s new Snap Channel. This is all part of Snapchat’s new Discover initiative for expanding the reach of Snapchat into new forms of media.

Each episode of the series will appear on a Saturday then disappear 24 hours later. This should go far in pushing Snapchat’s “ephemeral” sort of content serving service.

Each episode will run under five minutes, and each episode will have a format that aims to pack as much content in as possible in such a short period of time. These episodes, said Goldwyn to The Hollywood Reporter this week, are “snapshots of our life, which is perfect for Snapchat.”

“It feels perfect for the generation that we’re writing for,” she added. 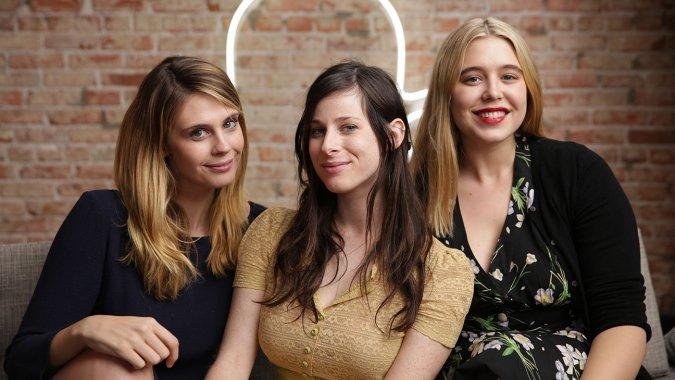 “Snapchatters consume and create and we’ve always embraced that,” said Snapchat media production director Rylee Ebsen. “When it came to Discover, we wanted to have a seat at the table. It felt weird to not have our own voice as well.”

Now we’ll see how well Snapchat’s disappearing act works on content that’s not just personal. We can only imagine recordings popping up as an act of love (or defiance) hosted elsewhere after each episode is taken offline.

Above you’ll see Snapchat’s introduction to Discover. See the timeline below for more recent Snapchat bits and pieces!