Sling TV was the real winner of Mayweather-McGregor Fight

As sporting events go, boxing matches are rarely must-see endeavors for a wide audience. For the dedicated boxing fan, Mayweather vs. McGregor was one of those times. For more casual fans – and those who prefer MMA – the bout was a litmus test for which discipline might be supreme. We didn’t learn much from the fight itself as that goes, but how I was able to consume the fight told me volumes about the future of TV, where Sling is already winning.

A Pay Per View (PPV) endeavor, Mayweather-McGregor was on the expensive side. At $99 per view, it stands to rake in more money than any boxing or MMA match before it (we still don’t have final numbers, but expect something north of 1.5 million buys). Tickets were expensive, too. Ringside chairs cost upwards of $20,000 in resale. Guaranteed purses give a glimpse at what this event will end up making: Mayweather is guaranteed $100 million, while McGregor is taking home at least $30 million.

Sling TV was in on the Pay Per View sales, too. It was the second time the internet TV provider was engaged in a PPV event, the first being UFC 214 earlier this year. Mayweather-McGregor was also the jumping-off point for a Showtime PPV app, a first for the network, which seems to be as interested in eschewing TV as its customers.

Traditional TV is tanking. Studies show streaming over an internet connection is fast becoming our new normal. Apps like Showtime’s work, but often stop short of making the content available on the TV screens in our living rooms.

Sling focuses there. While its mobile apps are good at streaming content, the interface is clearly meant for TV screens. At WWDC 2016, Apple said apps will be the future of TV. It’s a trope the company has been dragging behind the Apple TV since its inception, but has always failed to deliver on. In its worldview, we simply fire up our Apple TV and get content via apps instead of flipping through channels.

And Sling TV seems to be taking that to heart. It’s there to provide you with streaming TV service, which is very akin to its more traditional landline TV brethren. You get channels, all wrapped inside an app; it’s very much like turning your TV on, except you can also just close the app and go do other stuff like play games on the same TV set, even via the same streaming box.

Sports is also a wish-list item for many cord cutters and would-be subscribers. Sling TV fails a bit here; its customers need an antennae for basic cable channels, where many NFL, NBA and NHL games are broadcast (I should note Sling TV has the official networks for all those sports entities, but games are not always streamed there). Sling’s own TV box helps viewers weave between antennae and streaming content with aplomb, but it’s lacking a true app ecosystem that attract so many customers. 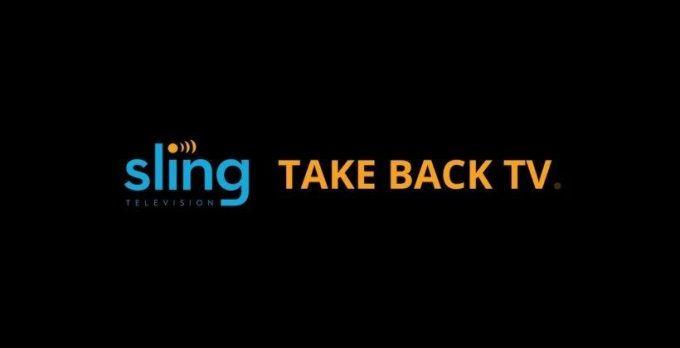 That leads us back to PPV. Until Sling TV, those without traditional TV service had a rough time finding content via PPV. Some fights were shown in bars, but it was hit-and-miss. Even when a bar says it’ll have a fight, steep costs prevent them from following through. Depending on the fight, bars may have to pay thousands (insiders tell me it’s often between $5,000-10,000) of dollars just to get a license to stream an event to its customers. Those putting on the fight want to ensure they’re earning just as much as they would from traditional PPV.

Sling’s work with the UFC and Showtime prove a point. Traditional PPV is, like the TV service it’s tied to, dying. Some entities, like Golden Boy Boxing, are increasingly choosing to stream content on their website or via apps, but the experience is lacking. We want those fights on TV; it’s not about new features or a flashy interface. For most, a fight is the only reason they even use PPV.

Now that the bridge between PPV and streaming has been gapped, it’s one less reason to have TV service. In my case, I wasn’t able to make it home in time to see the bout, so Sling TV’s mobile app pinch-hit for me. It was the same experience I’d expect in my living room, too, which may be the clearest example that apps really are the future of TV.