Motorcycle helmets are definitely going high-tech in an effort to improve safety and offer riders more connectivity when cruising down the highway. A company called Skully Helmets has unveiled the latest high-tech helmet called the Skully P1 and it’s very impressive. One of the key features of the helmet is an integrated rearview camera. 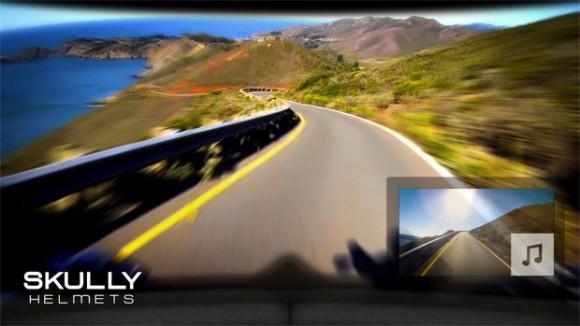 The helmet also features the augmented reality Skully Synapse HUD integrated into the helmet visor that makes it appear to float about 20 feet in front of the riders vision. That HUD offers two different views with one incorporated into the rear view display and a second view offering detailed turn-by-turn navigation. The HUD is powered by a lithium-ion battery good for nine hours of use per charge.

The helmet operating system is Android and it also offers integration with smartphones offering voice controls for playing music, getting directions, and connecting to Android or iOS smartphones. Skully plans to release an SDK for app developers later this year. Pricing for the helmet is unknown, but it definitely won’t be cheap. A beta program for the helmet is set to begin in the next few months.