As of yesterday, the Nintendo Switch has been available at retail for six months. In that time, it’s become clear that the Switch is a smashing success, at least at launch. Though we won’t be able to say if it will take a place among the console greats for quite some time, it certainly is off to an excellent start. This is evidenced by the fact that even six months out from release, Nintendo is having a tough time keeping it in stock across the country. That doesn’t bode well for the holiday shopping season, but it’s at least a good problem to have for Nintendo.

For these six months, I’ve counted myself among the growing number of Switch owners, and despite my initial hesitance about the console, I must say that it has grown on me in a rather significant way. Much like the Wii struck lightning when no one was expecting it, it seems like Nintendo is onto something with a Switch. After all, it offers something that no other platform on the market does: It gives us console-level graphics in a portable system.

Okay, maybe the Switch isn’t quite capable of the visuals offered by the PS4 and the Xbox One, and yes, I realize that gaming laptops are a solution to the portable gaming problem. However, there is no other machine on the market that offers the experience that the Switch does. The Switch gives us a seamless transition from gaming on a TV to playing on the go, and I think it should be commended for that. 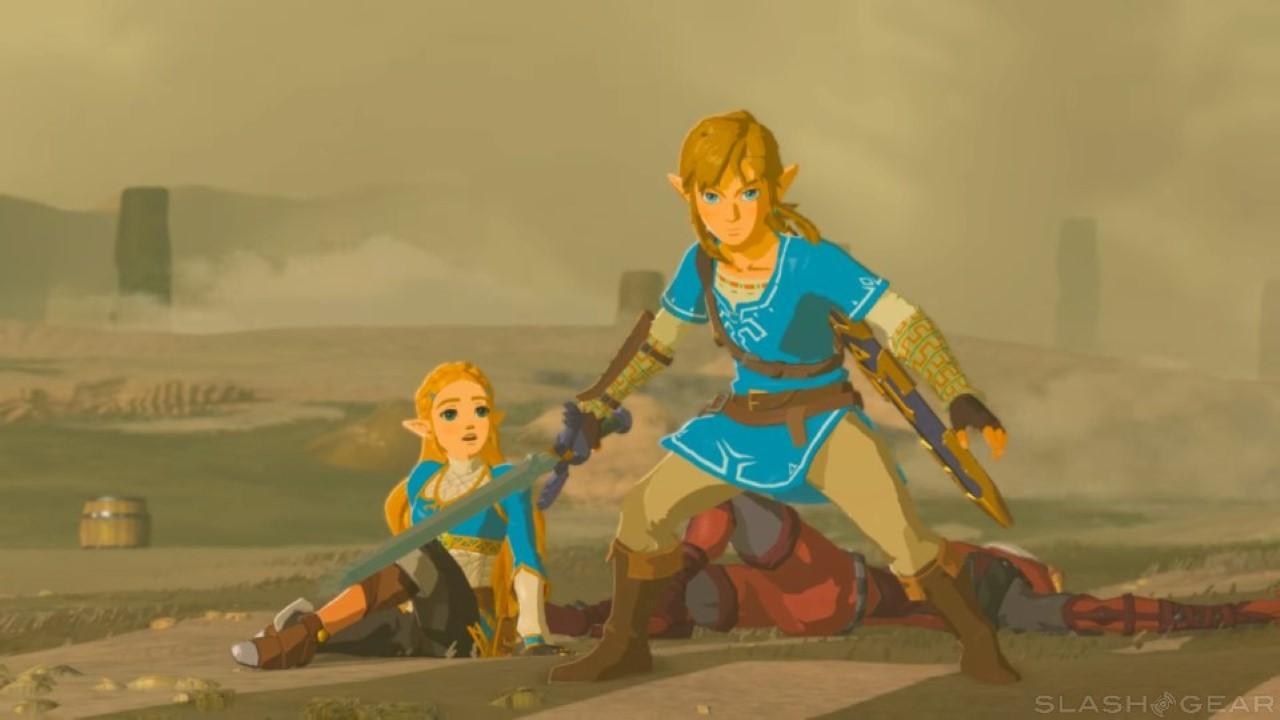 I’m also impressed with the amount of content available on the Switch six months out. Granted, you’ll need to dive into the collection of indie titles available on the Switch if you truly want your game cravings to be satiated, as Nintendo is merely getting its first-party machine rolling. That isn’t to say that Nintendo’s first-party efforts are lacking – on the contrary, games like Breath of the Wild, Mario Kart 8 Deluxe, and Splatoon 2 are welcome sights on such a young console. 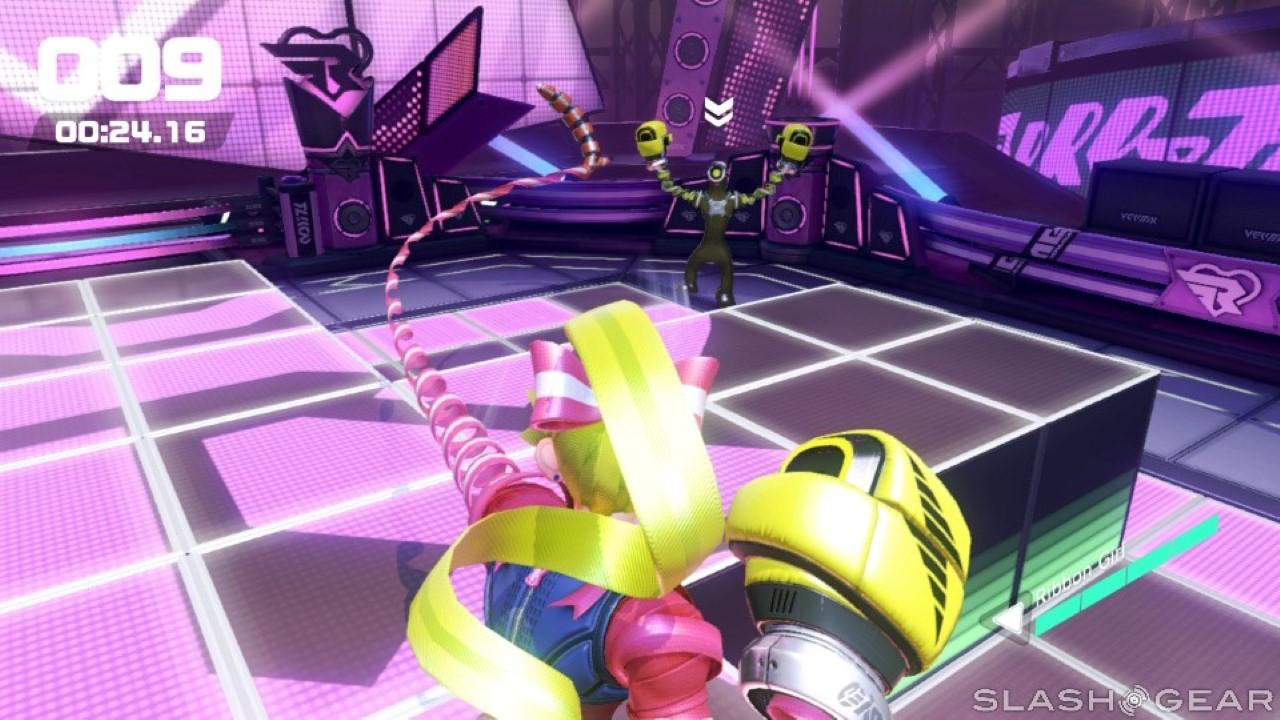 Nintendo, I think, has figured out an excellent release strategy for its Switch games. We have a selection of first-party Switch titles crafted for the console like Breath of the Wild and Splatoon 2 along with ports of Wii U titles like Mario Kart 8 Deluxe and the upcoming Pokken Tournament DX. This accomplishes two problems at once: it gives those who never purchased a Wii U the chance to play some truly excellent games, and it ensures that Nintendo has a constant stream of first-party titles available for its new console.

READ MORE: ARMS ReviewEven wholly new franchises, such as Nintendo’s new fighting game ARMS, have been surprisingly well crafter. I’m not sure that ARMS is going to have lasting appeal among the Switch user base – especially as more noteworthy titles are released for the system – but for now, it serves as an excellent example of Nintendo thinking outside of the box. Nintendo already gave us a fresh spin on the fighting game with Super Smash Bros, and with ARMS, it’s treating us to a brand new angle on an age-old genre.

In short, I’m very excited for the future of the Switch. I can’t wait for Super Mario Odyssey, and I’d be lying if I said I wasn’t looking forward to Metroid Prime 4. Beyond what we know is coming, though, I’m excited by the potential for Nintendo to give the Switch an level of focus it never gave the Wii U. I hope all of the Wii U’s greatest hits get ported to the Switch eventually, and I hope Nintendo really pulls out all the stops when it comes to continuing and revisiting all of its franchises on its latest console.

While my feelings about the Switch are mostly positive, Nintendo remains its own worst enemy. Back when I wrote my initial review of the Switch and again when I offered an update three months after the console launched, I expressed my concern about its online systems. Those concerns have not changed. In fact, they’ve become worse. 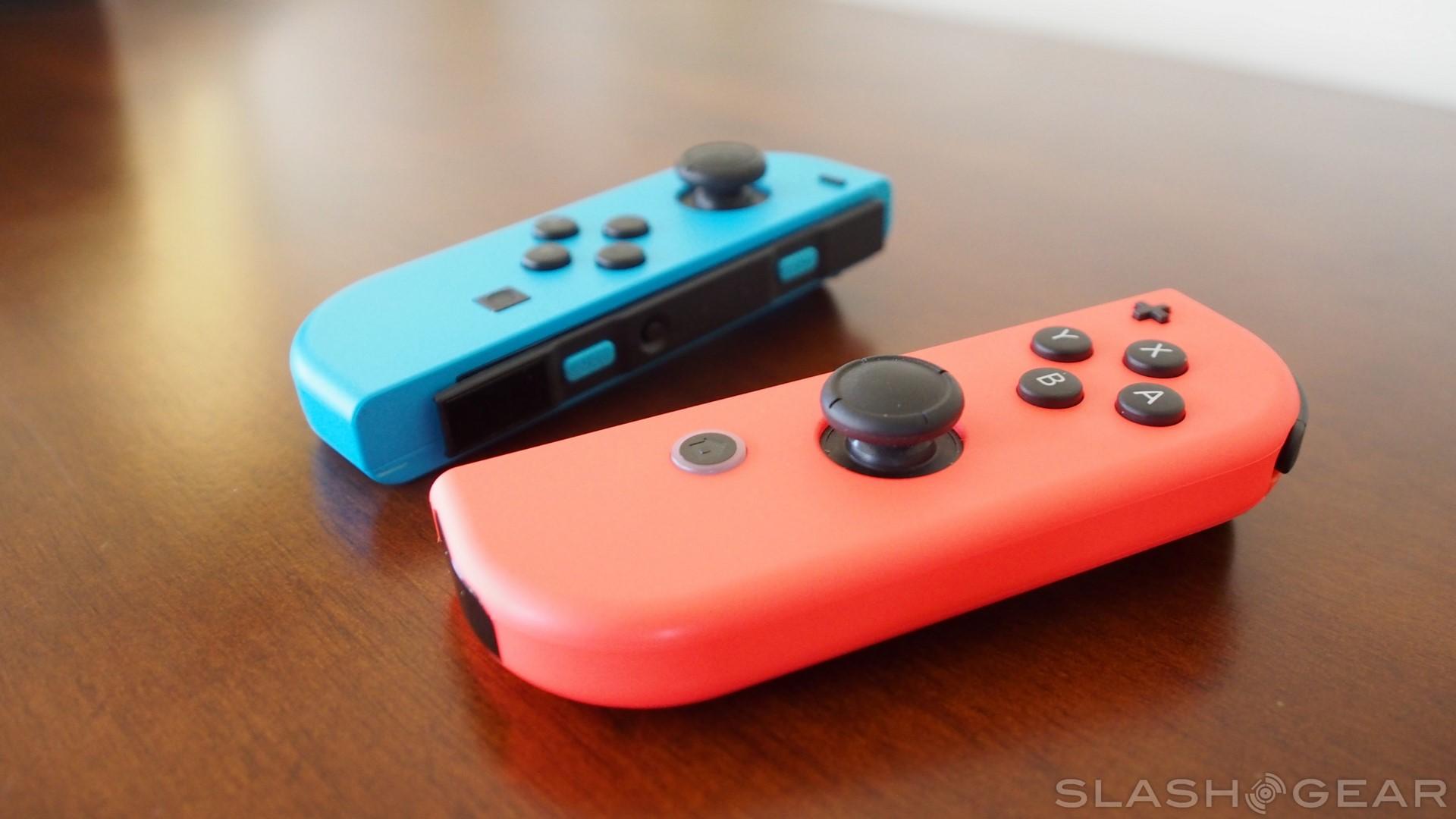 The launch of Splatoon 2 in July gave us an important look into how Nintendo is planning to handle online play. The look we received was not encouraging.

Not only does Splatoon 2 require a smartphone app before you can even begin chatting with friends, but things are made worse when you realize that the app essentially commandeers your phone. In order to remain in that voice chat with your friends, your phone needs to be unlocked and the app needs to be open. You can’t run it in the background, which means no access to your texts or web browser in between. That we can’t run a voice chatting app in the background in 2017 is simply inexcusable. 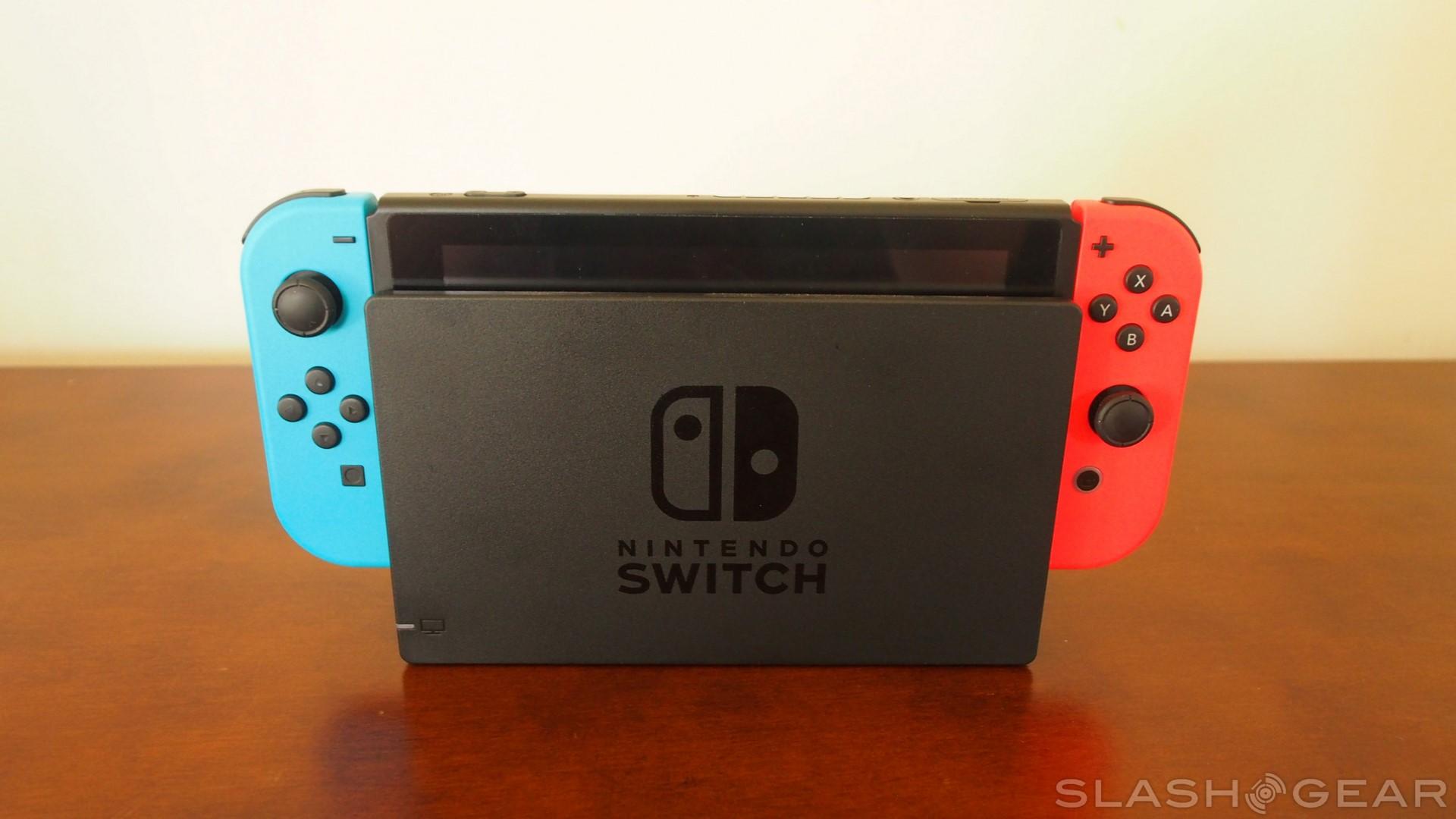 Even more inexcusable is that we need to use a smartphone app at all. Your options are severely limited if you want to listen to in-game audio and chat with friends at the same time, and the best solution we’ve seen to the problem is this monstrosity from HORI. I have a hard time deciding whether to laugh or cry.

There’s no reason to sugarcoat this: Nintendo’s online implementation on the Switch is an insult to consumers. Microsoft and Sony have been working on improving their online systems since the early 2000s, back in the days of the PS2 and the original Xbox. Consumers are well within their right to expect a robust online system from Nintendo at this point in time, but instead what we’ve received is actually a step back from the Wii U. Even worse is the fact that Nintendo wants us to pay a yearly fee to use this poor excuse for an online ecosystem. 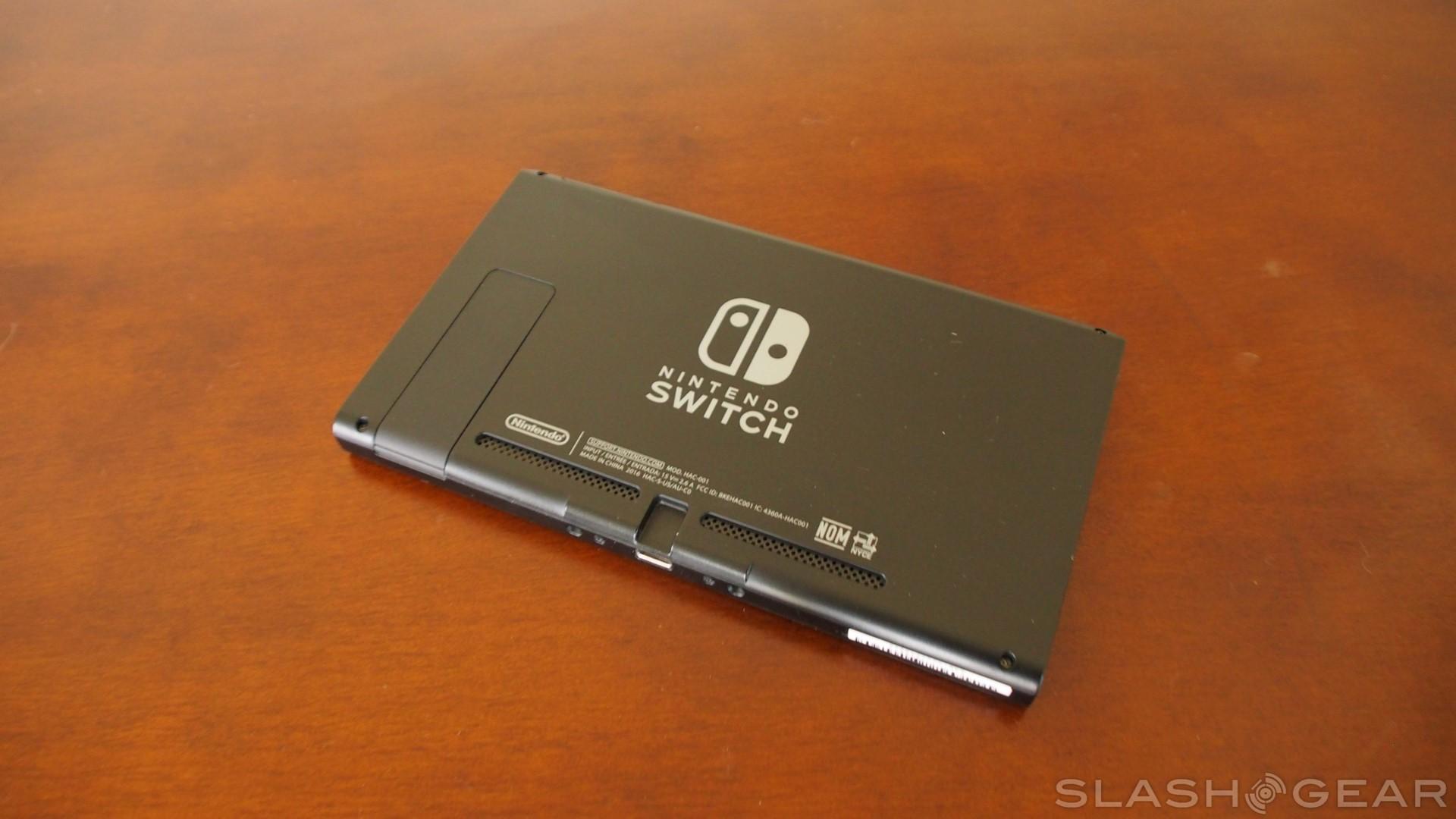 I’m not sure if Nintendo is incompetent or if it just doesn’t care. Online gaming has never really been a priority for Nintendo, and that used to be okay. However, it’s only going to get harder and harder for Nintendo to justify the lazy attitude it has toward online gaming, and that’s not good because the company needs every edge if it wants to turn the Switch into the next Wii.

It wouldn’t be so bad if Nintendo had only messed up its voice implementation, but the problems don’t stop there. We still have no idea if the Switch will get a Virtual Console, which was easily one of the best features of the Wii, Wii U, and 3DS. The Switch Virtual Console should have been available at launch, and it’s truly mind-boggling that we’re now six months out and Nintendo hasn’t been at all clear about whether or not one is on the way.

Add to that the lack of third-party apps like Netflix and Hulu – streaming services that would be perfect on a machine like the Switch – and it really seems like Switch’s online systems are an afterthought for Nintendo. These are all little annoyances on their own, but together they make for a larger disappointment. In regards to Switch’s online systems and digital storefronts, Nintendo needs to rethink its efforts, because when the honeymoon phase wears away for Switch owners, they’re going to begin getting really frustrated that they aren’t up to snuff.

Should you buy a Switch now?

So, at the end of it all, my opinions are mostly the same as they were three and six months ago. I think the Switch is a great machine with a lot of potential, but Nintendo’s wacky decisions are holding the Switch back from immediately becoming the best console on the market.

When it comes to the question of whether or not you should buy one, you should consider how much these annoyances are going to frustrate you. If you’re the type who doesn’t need voice chat while gaming or you’re planning to play most of your online games on another platform anyway, then this is easier to recommend. If you want to use the Switch for online gaming as much as possible, you might want to hold off and see if Nintendo makes improvements to the Switch’s online systems in the coming months. 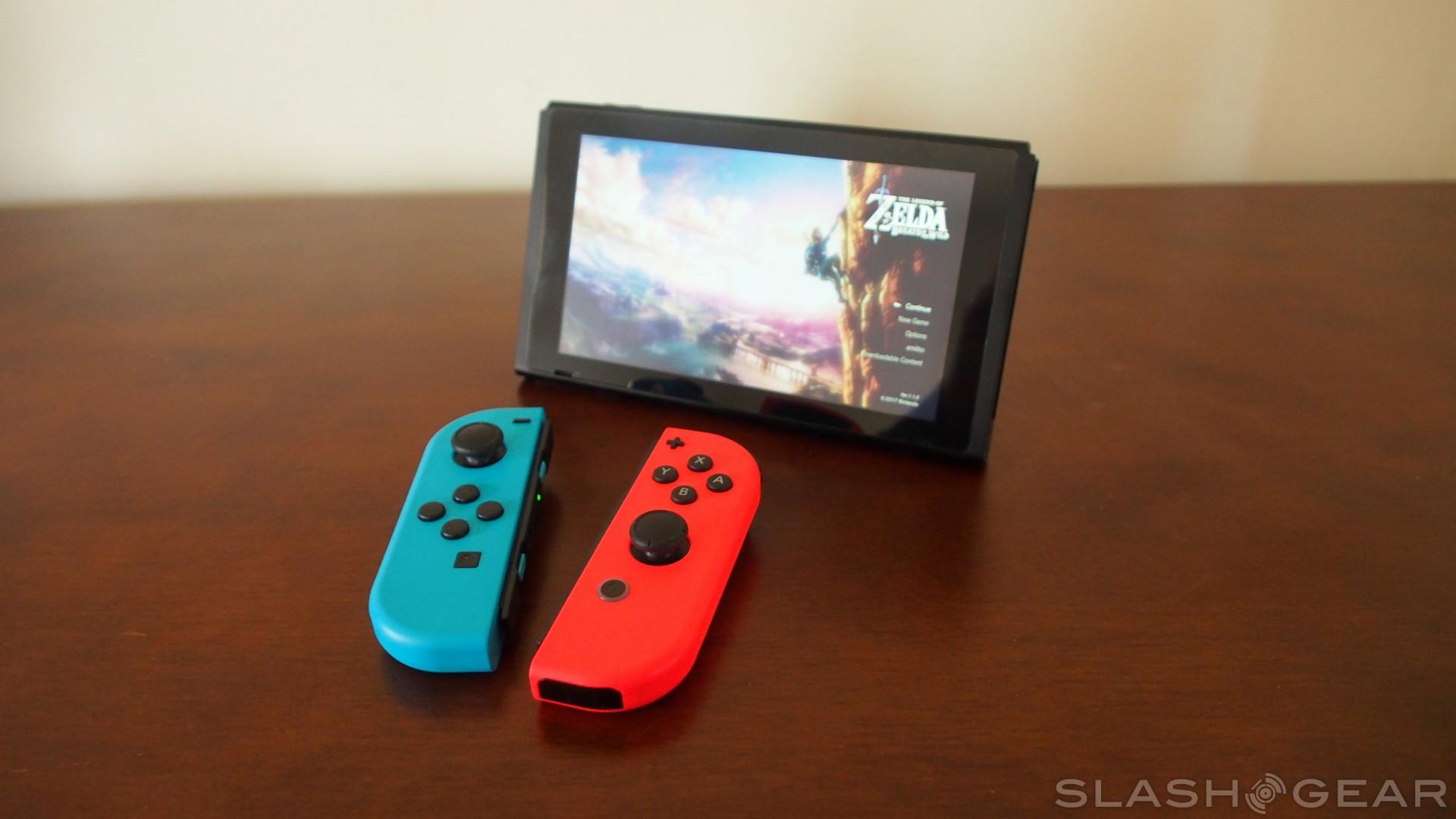 If you first and foremost care about games, then I have no problem recommending the Switch. This recommendation comes easier than it did before, as there are already a number of excellent games available for the Switch with more on the way. Super Mario Odyssey is releasing next month, and with excellent titles like Breath of the Wild, Mario Kart 8 Deluxe, Sonic Mania, Splatoon 2, and Mario + Rabbids Kingdom Battle already available, there are more than enough great games to justify a purchase.

Essentially, my verdict is to buy the Switch because you like its core functionality and the games that are available, but temper your expectations elsewhere. For better or worse, the Switch is still a work in progress for Nintendo, so you have to be prepared for some features that are still rough around the edges. If you can live with those, though, the Switch is now more than ever a must-have console.