Today in Pokemon GO we’re taking a peek at the Shiny Pokemon you can catch right now – and throughout the month of October 2021. This month hosts the most exciting event of the year for Pokemon GO trainers as it is the origin of the event – the first event that ever took place in the game, just after launch! This is also the spookiest holiday of the year, and doubly so in Pokemon – Ghost and Dark-types aplenty!

Before you go too far looking for Shiny Pokemon, remember: The ENTIRE Kanto Region has the potential to be Shiny in Pokemon GO. They’re rare, but they’re not so rare that you’ll never find one. Last week we happened upon a Shiny Caterpie, and last night we found a Shiny Mankey. It CAN happen!

Starting on October 15, 2021, we’ll see the release of Shiny Spinarak and Ariados! These Pokemon are no longer green and red, they’re off-green and pinky/purple! Since this is the debut of this Shiny Pokemon pair, they’ll be more common than at almost any other time in the game’s events!

The BEST time to find a Shiny Pokemon is on Community Day – that’s when the odds are stacked as well in your favor as possible for finding a Shiny version of the Pokemon that’s featured. Otherwise – it’s Shiny Debut time! 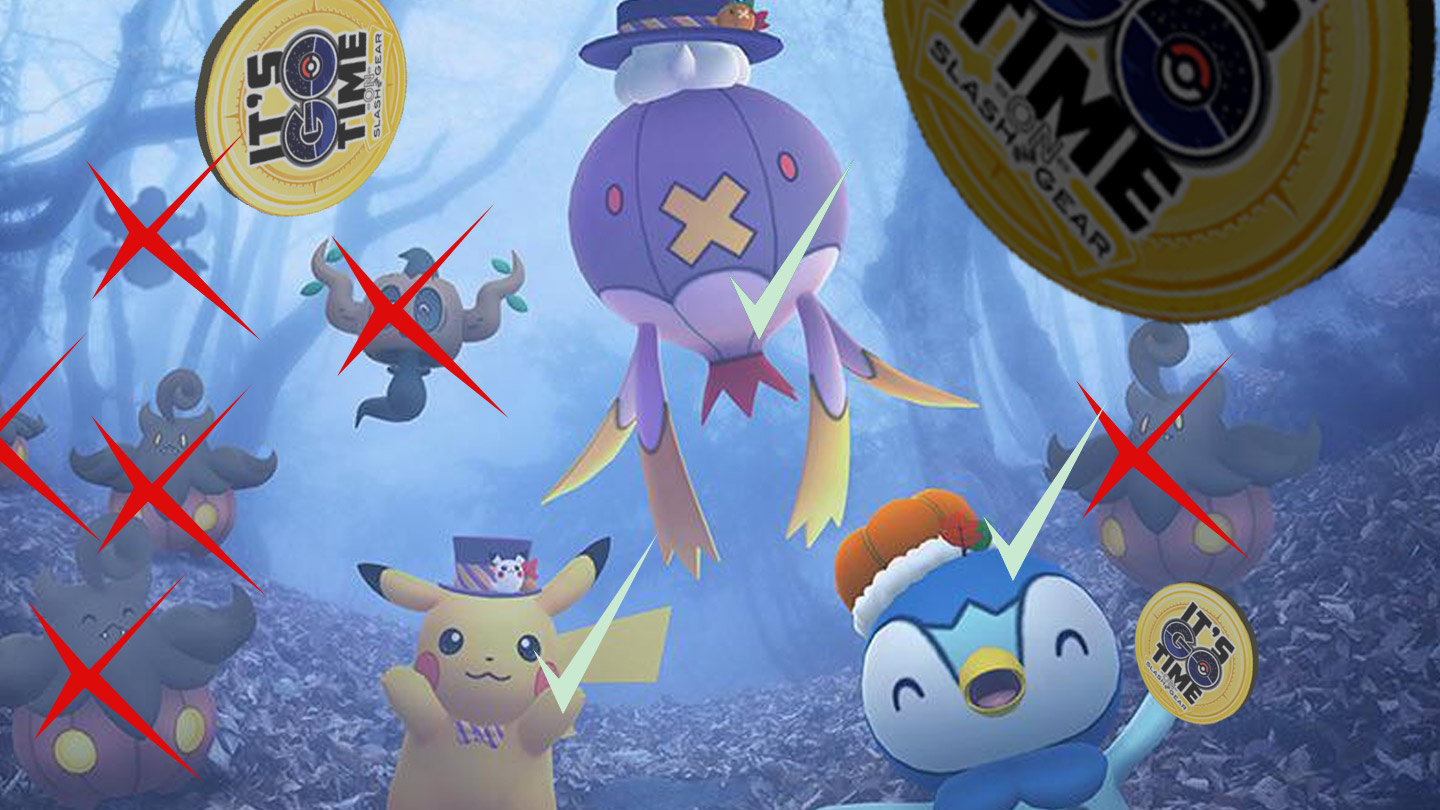 There’s also a Galarian Yanmask out there in Field Research Tasks, but only “if you’re lucky!” That one won’t be Shiny, but there IS a Shiny standard Yanmask (also if you’re lucky) spawning in the wild during this month (starting on the 15th).

In 7km eggs you could find Shiny Spinarak, Shiny Misdreavus, and Shiny Shuppet. One-star Raids of Murkrow and Yanmask have the potential to yield a Shiny version of said Pokemon. The same goes for Mega Gengar raids, and 3-star raids of Alolan Raichu, Sableye, and Drifblum.

Starting on the 15th of October, 2021, you’ll find 2x Transfer Candy, 2x Catch Candy, and 2x Hatch Candy! This is going to be a Candy Masterpiece of a special event! You’ll also get “guaranteed candy XL” when walking with your Buddy Pokemon.