This week the party hat Pokemon madness is rolling with Pokemon GO and the newest event, Adventure Sync Hatchathon. In the Hatchathon guide we’re working with today, we’ll look at the various Pokemon that’ll appear with Party Hats for 2020. We’ll also look at the candy bonuses, stardust bonuses, and other oddities we’ll get as reward for doing tasks in this two-week adventure.

Party Hat Pikachu is just one of the various Party Hat Pokemon that’ll appear in the wild, in eggs, and in raids during the event in Pokemon GO from January 2, 2020, starting at 1PM PST, to January 16, 2020, at 1PM PST. This event starts the same day this article is set to go live on SlashGear!

Each of the Pokemon listed below can be found in both standard and SHINY Pokemon form. There’ve been Party Hat Pikachu and Party Hat Pichu in the game before now, but the other three are brand new versions of the monsters they represent. 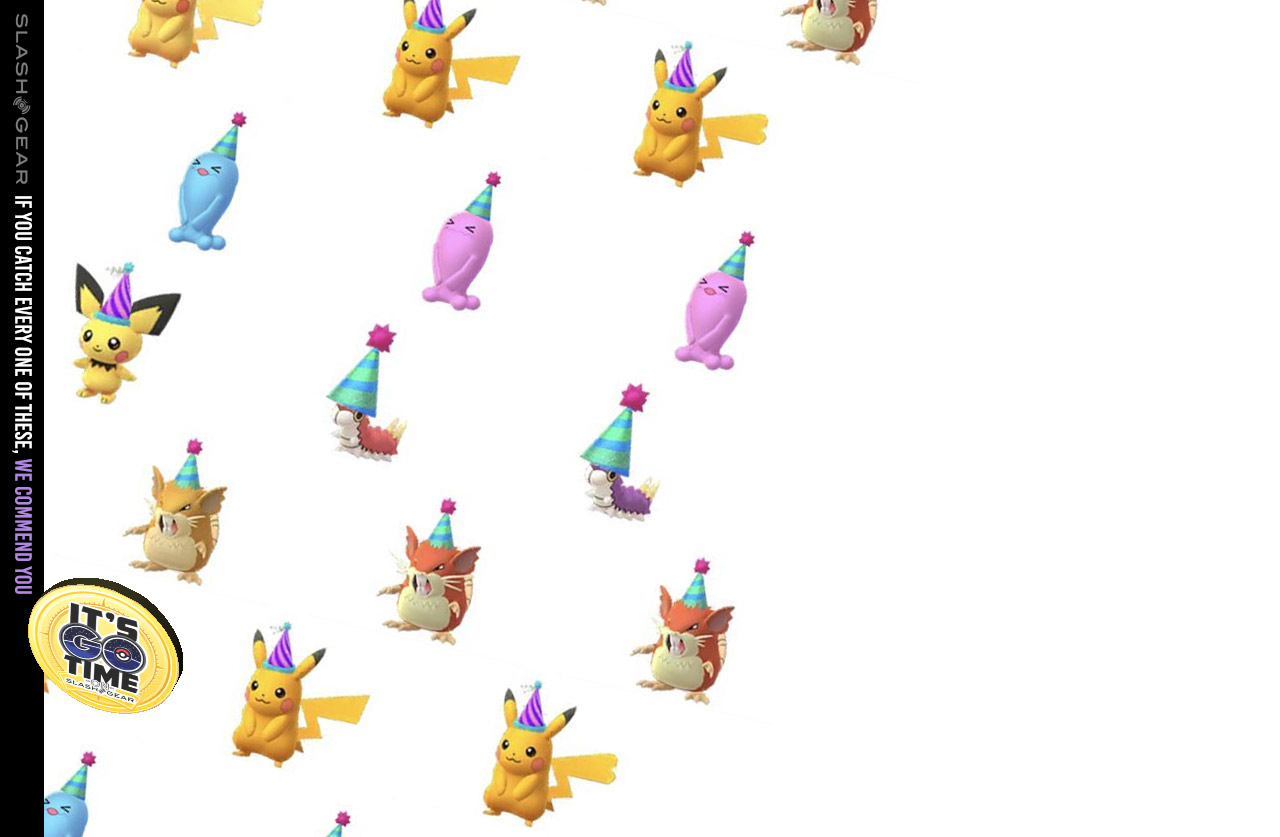 Bonus Adventure Sync rewards for 50km of walking eggs includes a Sinnoh Stone, 15x Rare Candy (use on any Pokemon), 50,000 stardust, and a mystery Pokemon berry. These bonuses could be captured twice, since you’re able to get the bonus for 50km once per week.

If you walk 100km in one week, you get a mystery berry and another 10,000 Stardust. If you need that dust, these two weeks are the best time to get walking!