If you’ve ever spent time working at your local Starbucks, you’ll probably be familiar with the Coffee Guilt Security Dilemma. It’s the feeling that you should probably buy another drink, because you don’t want to be labeled a freeloader, yet you’re worried about leaving your laptop on the table while you queue. Do you pack everything up and risk someone stealing your spot by the outlet? French Internet of Things firm Sense wants to assuage your paranoid guilt, and it’s doing that with the $29 GuardPeanut.

It’s the second sensor in Sense’s IoT series, following on from the ThermoPeanut. That, as the name suggests, focused on temperature: effectively a thermometer probe blended with a Bluetooth dongle. It donated its form-factor to this new sensor, though the goal is now security. 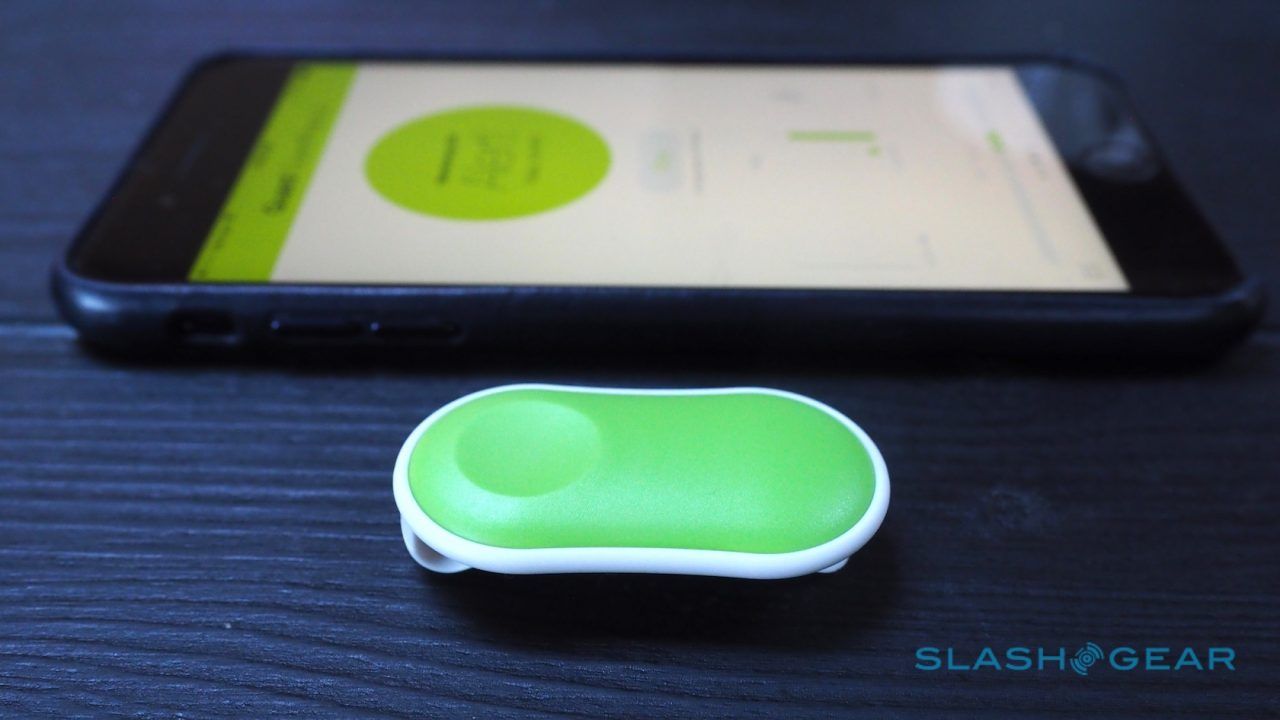 The GuardPeanut itself is a small, lightweight lozenge of plastic. As the name suggests, it’s vaguely peanut-shaped; unlike a peanut you can switch out the shell for different colors (they’re reflected in the app to help you differentiate) and two come in the box with the GuardPeanut. While it’s open you can replace the button-style CR2032 battery, which Sense says should last for four months of typical use.

Also in the box are a small array of mounting accessories. There’s a plastic clip which you can use to attach the GuardPeanut to a bag or coat, along with a keyring loop, self-adhesive pad, and “sticky putty” which adheres better to uneven surfaces. Of course, you could always just drop the whole thing into a bag or case, though then you’ll be at risk of false-motions. 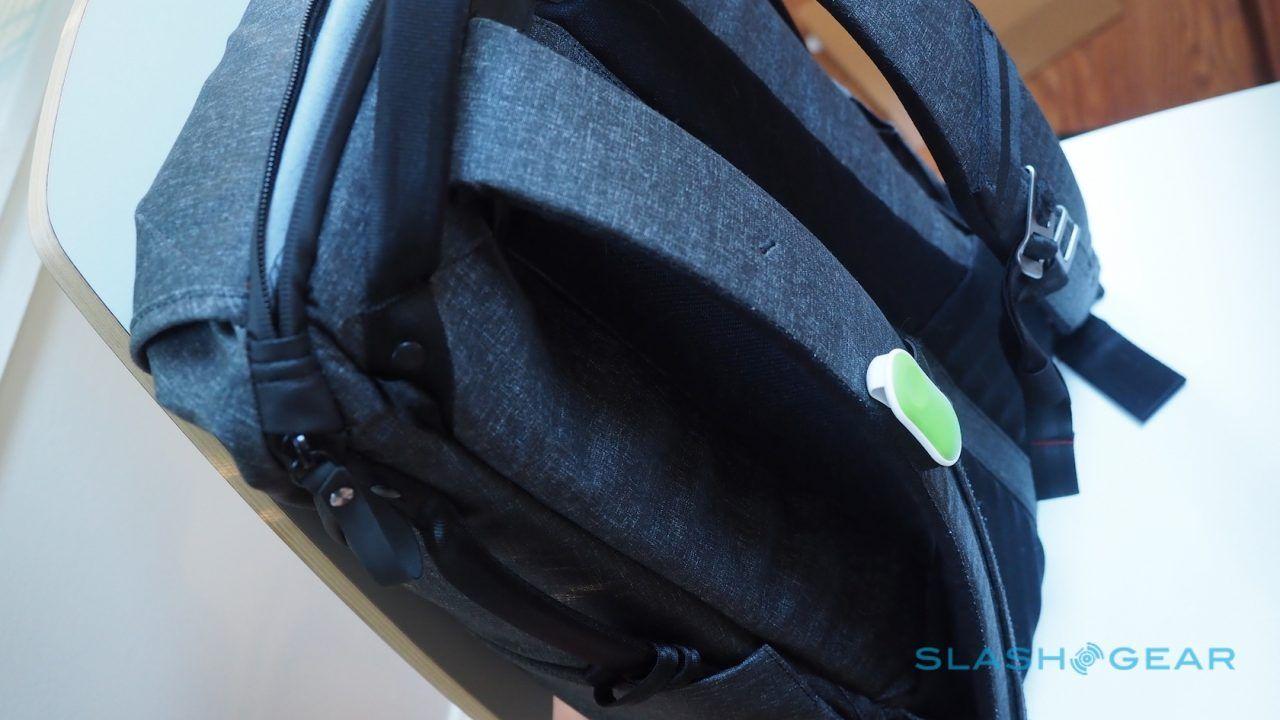 Setup is simple: pull the plastic tab out of the side of the GuardPeanut, open the iOS or Android app, and search for a new device. After discovery, you can name it, change its color from the default, and then set whether your phone sounds an alert on movement, the GuardPeanut does, or both. Advanced settings include five levels of sensitivity, how quickly an alert is dismissed in the app, and adjusting how obnoxious the alarm is. 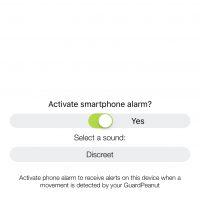 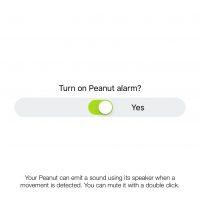 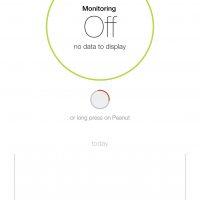 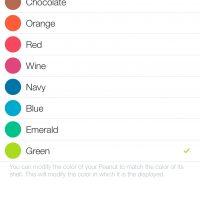 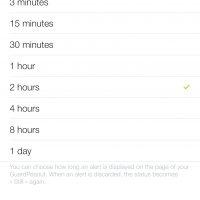 The dimple in the GuardPeanut itself is actually a button; long-pressing it toggles the motion alarm on and off. Sense is adding IFTTT integration as well, so you’ll be able to trigger other services when motion is detected, though that wasn’t enabled during my testing. Unlike the ThermoPeanut, there’s no Nest support: GuardPeanut doesn’t have a thermometer. 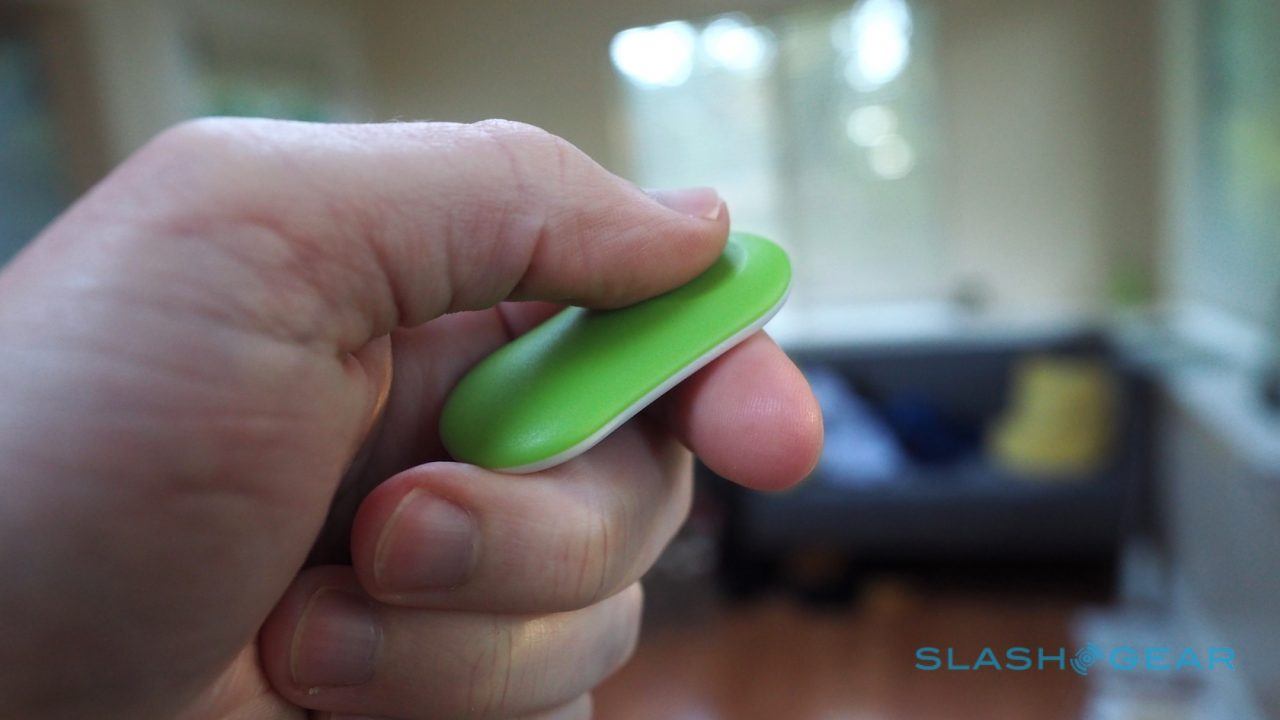 First, I tried attaching it to my bag using the clip and keychain. Sure enough, at the default medium sensitivity level, as soon as I picked it up I got a notification on my iPhone and a series of beeps from the GuardPeanut itself. Unfortunately there’s no way to set the alarm so that it only sounds if it’s not connected to its host device.

Next, I mounted it on the front door. With sensitivity set to maximum, even a knock on the door triggered an alert. Since you can pair a single GuardPeanut with multiple iOS and Android devices – just as long as they support Bluetooth 4.0+ – it doesn’t matter which phone is nearby; it automatically connects to whichever is closest. 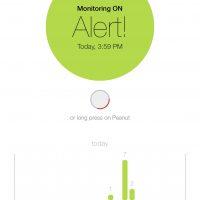 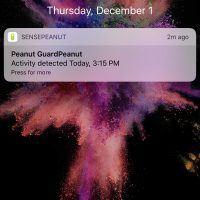 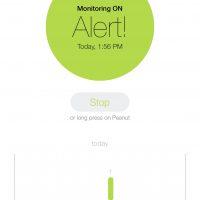 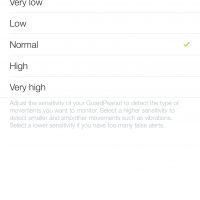 From the app you can manually trigger the GuardPeanut’s alarm to help you track it down. A log of the past thirty days activity is shown in the app too, but Sense actually stores all the alerts in the cloud. You can request a CSV file be emailed to you with all that data – or data from just a specific subset of dates – from within the app, too. 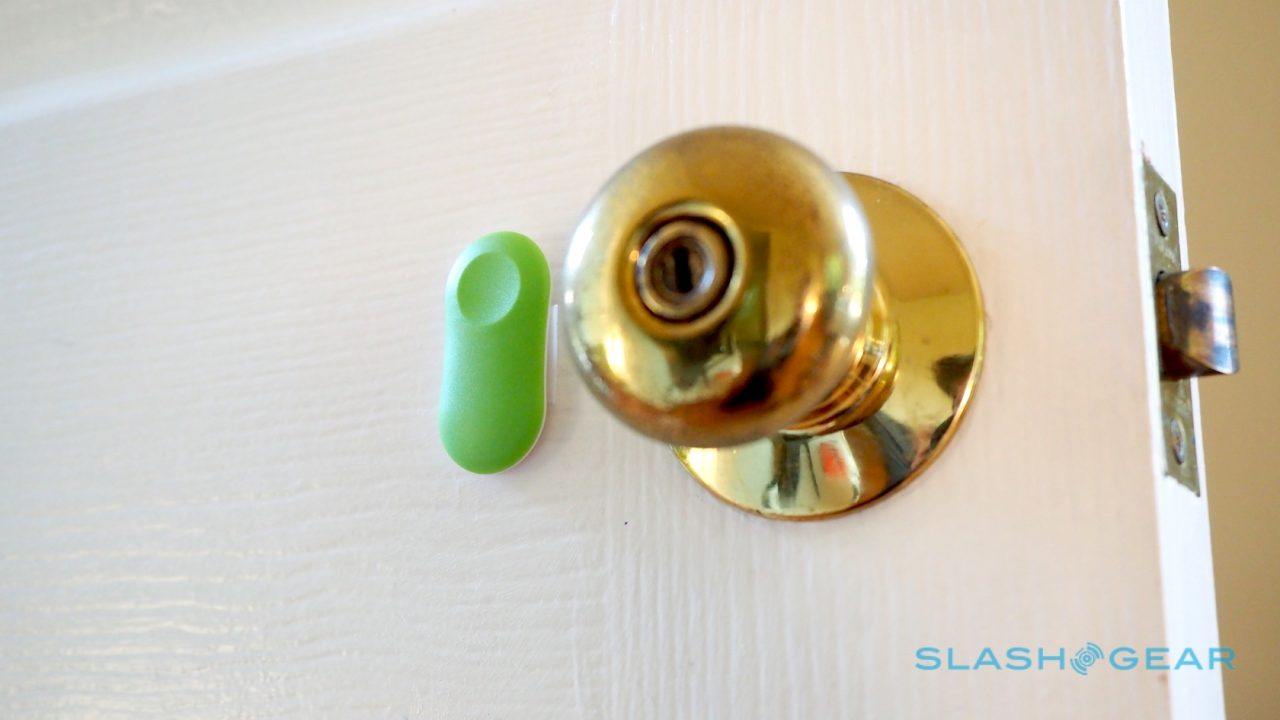 There’s no shortage of Bluetooth trackers on the market these days, with Tile, TrackR, and several others all promising to help keep an eye on your keys or belongings. GuardPeanut differs slightly in that it doesn’t offer much in the way of locating lost items beyond the siren: there’s no map or crowdsourced positioning. On the flip side, none of the others have the same smart home potential.

At $29 it’s more interesting to me as an IoT trigger with IFTTT, though the reassurance of knowing my laptop will shout if it’s moved unexpectedly is handy for Starbucks’s. Just make sure you react fast if you hear the alarm, since once it’s out of audible range the GuardPeanut can’t help you track it down. It’s on sale today. 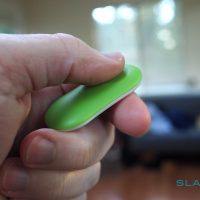 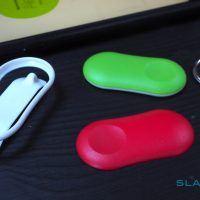 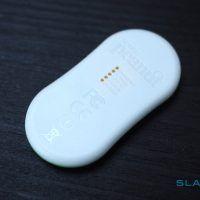 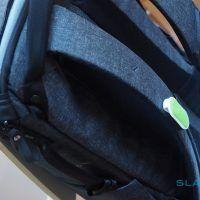 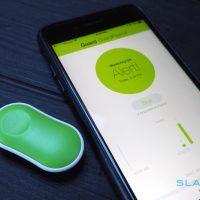 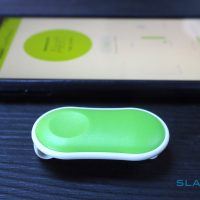 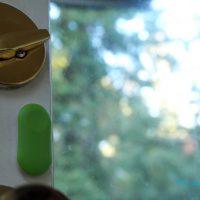 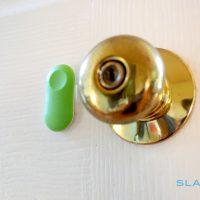