A newly published paper suggests that the oldest known tools pre-date the previous record holders by 700,000 years. This places the first tools squarely in the hands of pre-humans, likely in the palms of our ancestors, well before the previous record holders: Homo habilis. These tools were found in a dried up river bed in Kenya, where similar tools have been found that ranged thousands of years forward – the ones found here may have been the first. As should be obvious, these tools are just about as rudimentary a set of tools as you’re ever going to see.

The oldest discovered, and the oldest in-tact tools humans have ever discovered – that’s what we’re seeing here today. As we reported previously, these tools are 3.3 million years old.

That first report from earlier this month pre-dates the publication of the full scientific paper, one published with the scientific journal Nature this week. 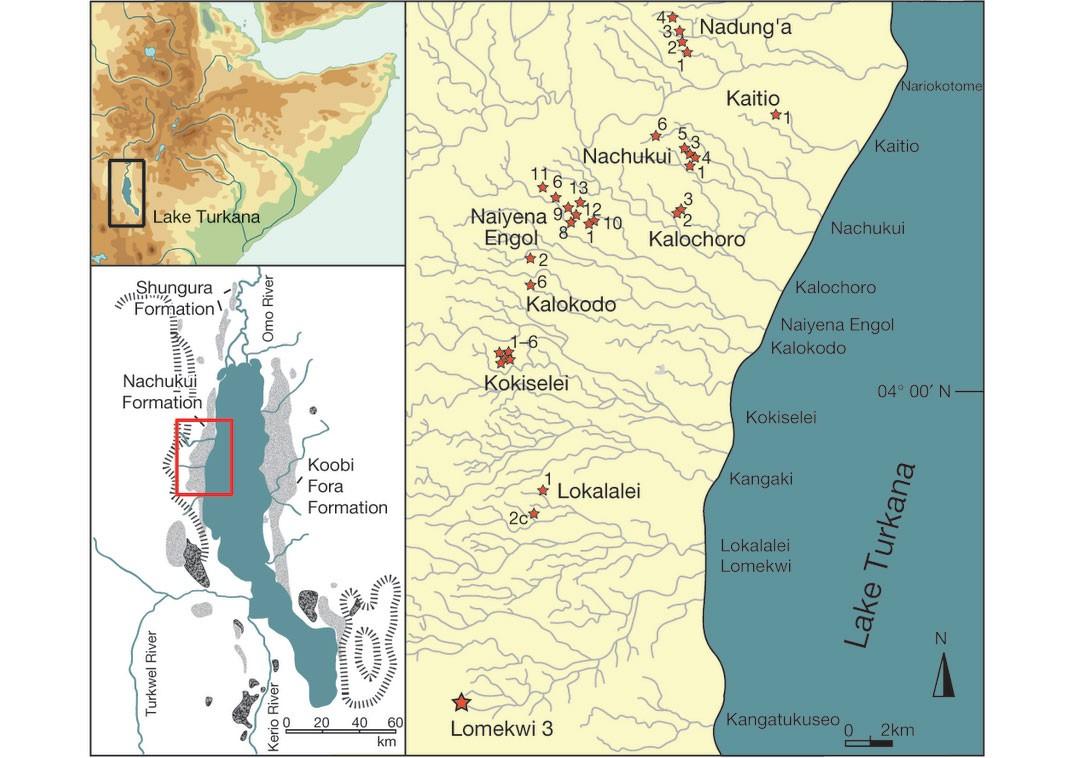 Next you’ll see a photo of the location where most of these tools were discovered.

If you know what you’re looking for, sometimes you’ll find the most fantastic archeological bits and pieces lying right on the surface of the earth! 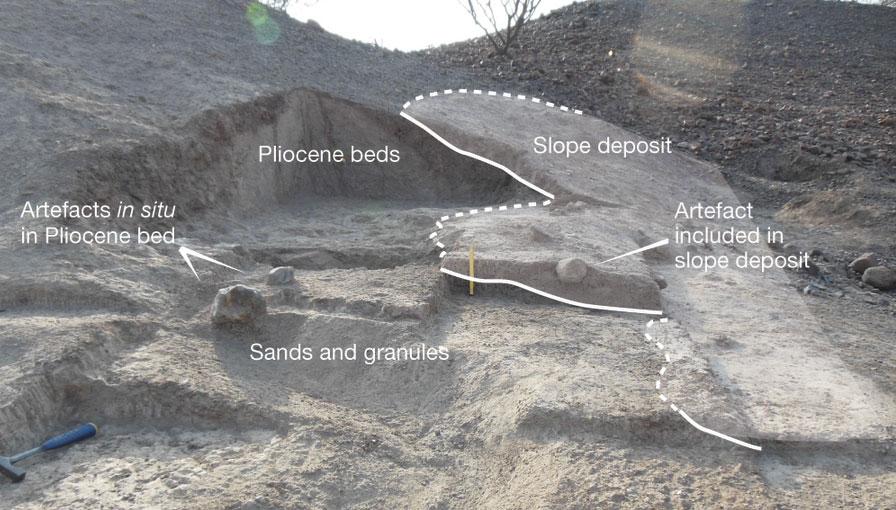 In sections A and B here you’ll find In situ core, Unifacial core, and In situ unifacial core tools. According to the study, “Both the core and the flake display a series of dispersed percussion marks on cortex showing that percussive activities occurred before the removal of the flake, potentially indicating the block was used for different purposes.” 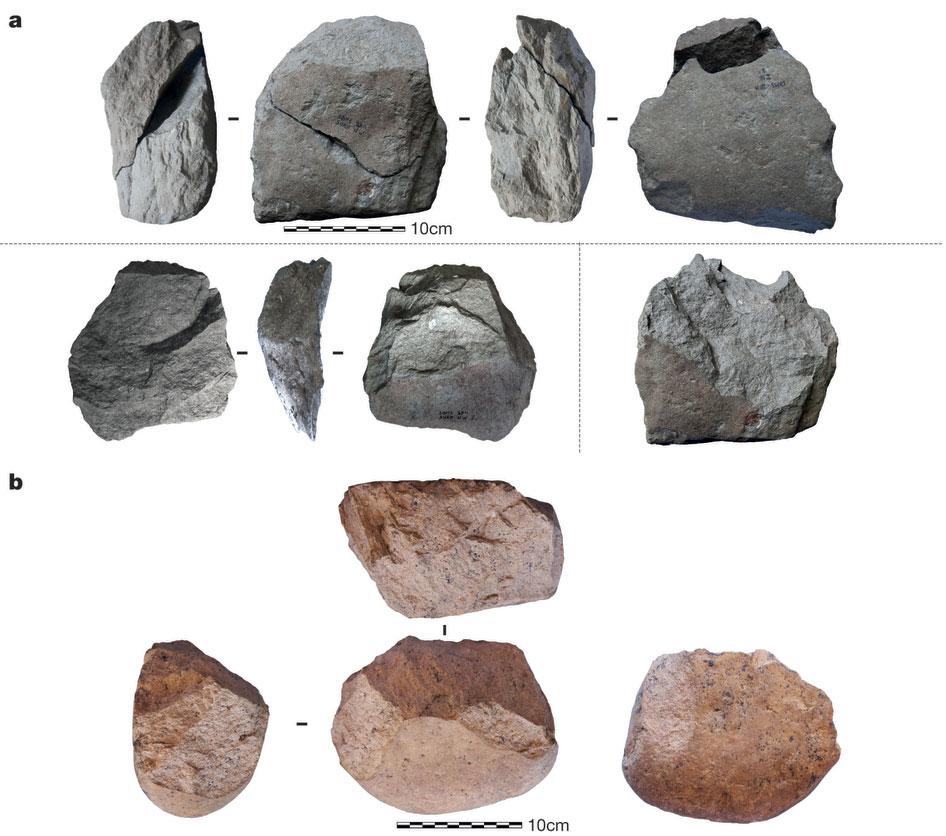 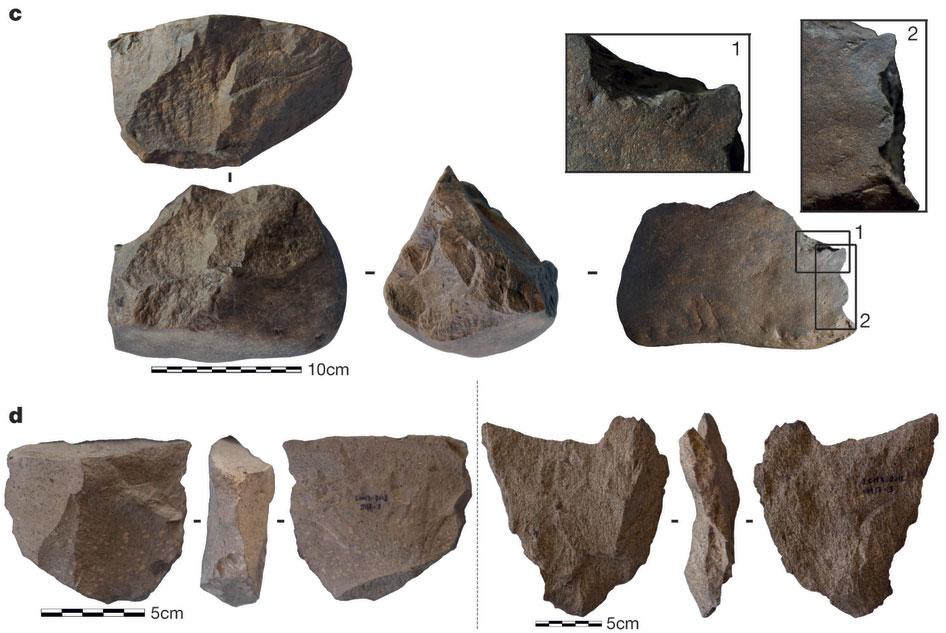 In these second A and B sections below you’ll find one In situ passive element/anvil (A) and one Passive element/anvil (B). According to the study, both anvils show “similar patterns of macroscopic wear consisting of superposed step fracturing in association with crushing and impacts marks.”

“In both cases,” says the study, “the intensity of the observed wear signature indicates a use in heavy-duty activities.” 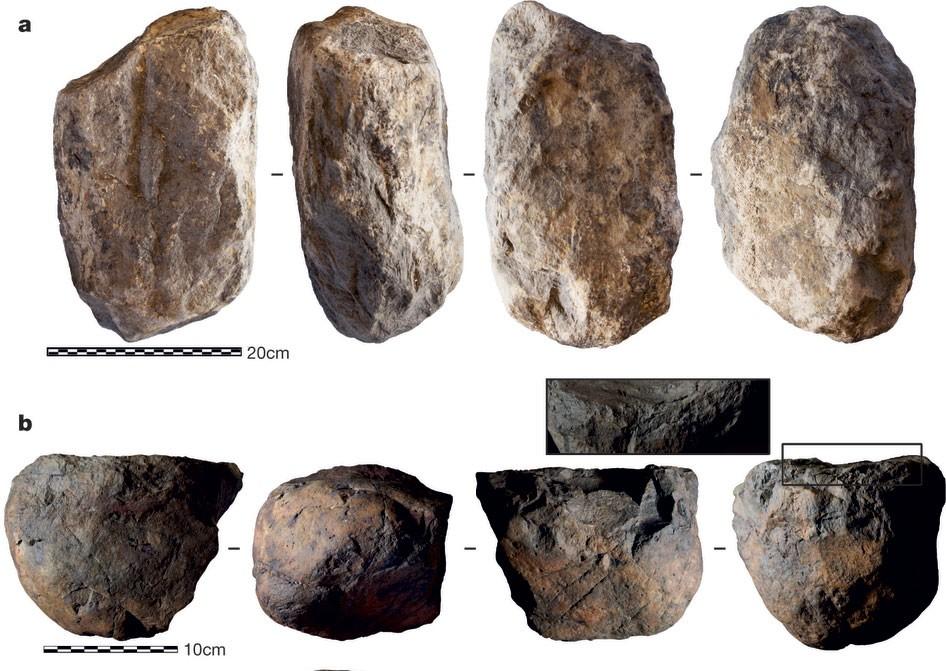 This second section C shows Unifacial core with both bipolar technique and semi-peripheral exploitation. The inset here shows crushing marks related to battering activities “before or after the snapping of the core.

The previous record-holder for oldest known stone tools was evidence from a 2.6-million-year-old site in Ethiopia. There a very early human ancestor was likely the creator.

The survey team that discovered this new pack of tools wasn’t actually in search of the location they ended up finding. They were looking for artifacts “similar in age to a controversial 3.5 million-year-old species discovered by Meave Leakey’s group years earlier” according to Smithsonian magazine.

Instead they ended up at the site now known as Lomekwi 3.

Above: the crew at the dig site at Lomekwi 3. (MPK-WTAP)

There, in a dried up river ravine, a whole pack of tools was discovered.

“To us it was immediately a very interesting area,” said Sonia Harmand, co-author of the paper, researcher on this dig, and archaeologist at Stony Brook University. “with outcrops and erosive cuts, you could see what was normally hidden by the sediment.”

When they discovered the outcropping of rocks that turned out to be tools, the crew was pumped. “You can tell these scars are organized,” said Harmand.

“We had no champagne that evening, but we were very happy.” 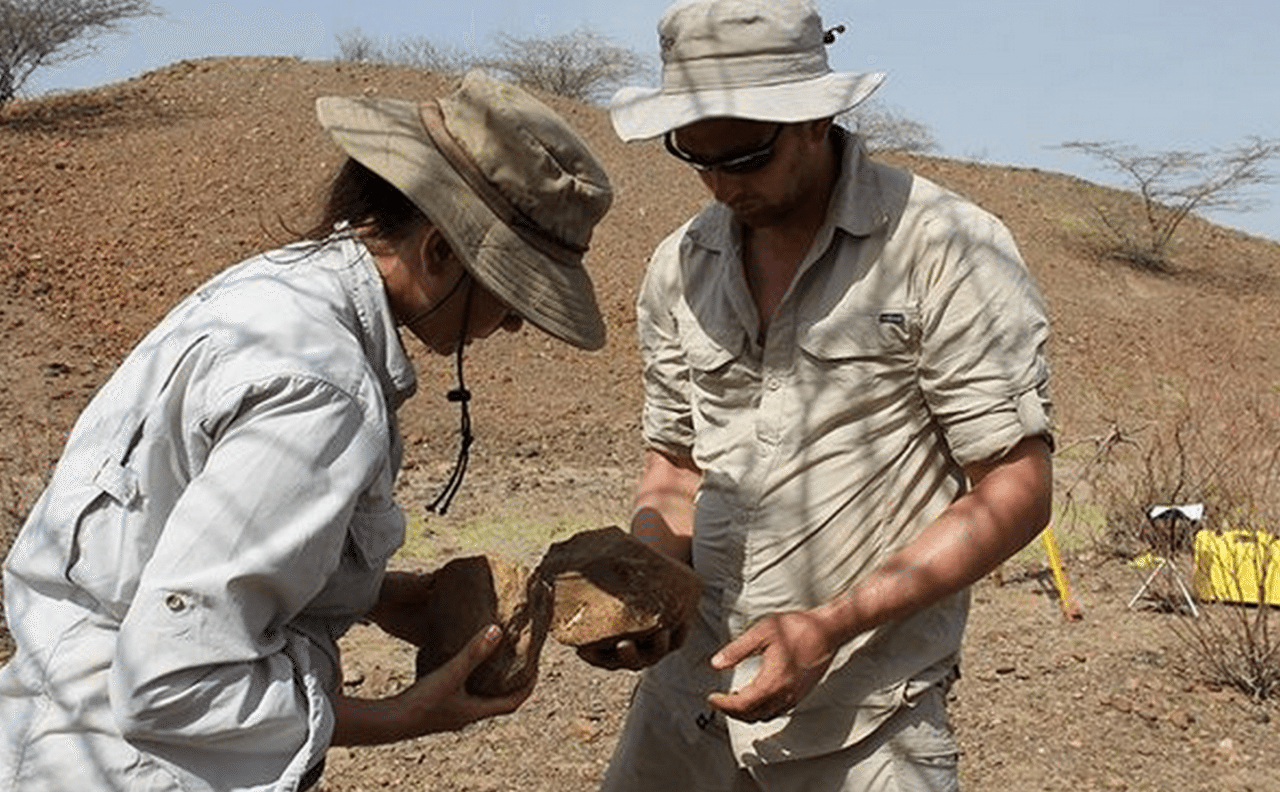 Above: Harmand and her husband and fellow researcher Jason Lewis at the dig site. (MPK-WTAP)

Below you’ll see one of the stone tools (also pictured excavated above) as it was found in the dirt in Kenya. Can you imagine finding such a priceless artifact, knowing what it meant to the scientific community? 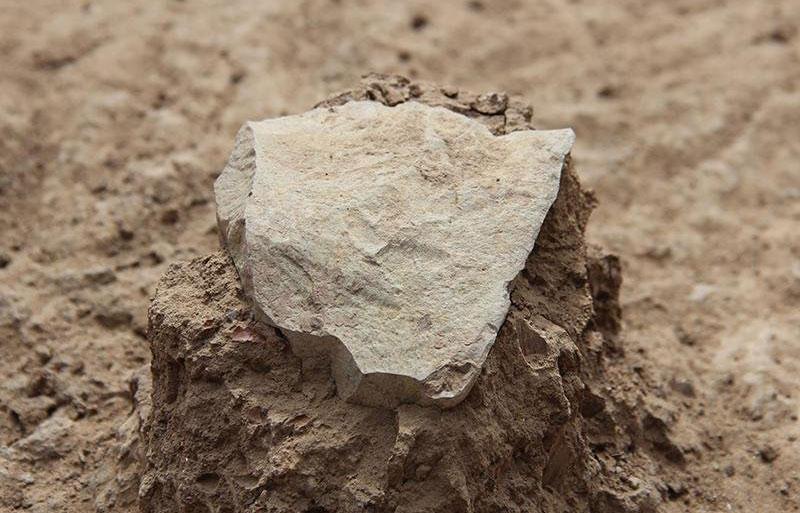 This rock may be the oldest evidence of stone tools in the history of the planet.

You can find the full article 3.3-million-year-old stone tools from Lomekwi 3, West Turkana, Kenya in Nature under code doi:10.1038/nature14464.