Joseph Schubert likely has the strangest job you’ve heard about in a very long time – he’s a peacock spider specialist. Today, a report written by Schubert was released, showing seven new peacock spider species he discovered in South Australia. These seven new spiders show how gorgeous the peacock spider can be, complete with fur “plumage” that’ll make you forget that you’re looking at the stuff of nightmares.

Thank you, Joseph Schubert, for taking the time to capture imagery and data on these new creatures in the place we know is more LIT with deadly creatures than almost anywhere else on earth. Yes, West and South Australia, the place you’ll want to go because you saw the cartoon Rescuers Down Under, but will quickly realize might’ve been a mistake. Unless you’re just there for the spiders.

Keep your eyes peeled on this page for some more peacock spider news over the next couple of weeks as a paper describing seven new species will be published soon! pic.twitter.com/Fk4xHiZhWE

The first Australian peacock spider genus Maratus Karsch was discovered all the way back in 1878. Seven new species were discovered and named by researcher Joseph Schubert in a report published this week, here in late March, 2020.

Last year I travelled the country collecting specimens of these new peacock spiders (some discovered by citizen scientists!) and spent countless hours in the lab studying them. The paper was published today!

“A few of the spiders in this paper were named after the people who had discovered them,” said Schubert in a BBC interview. 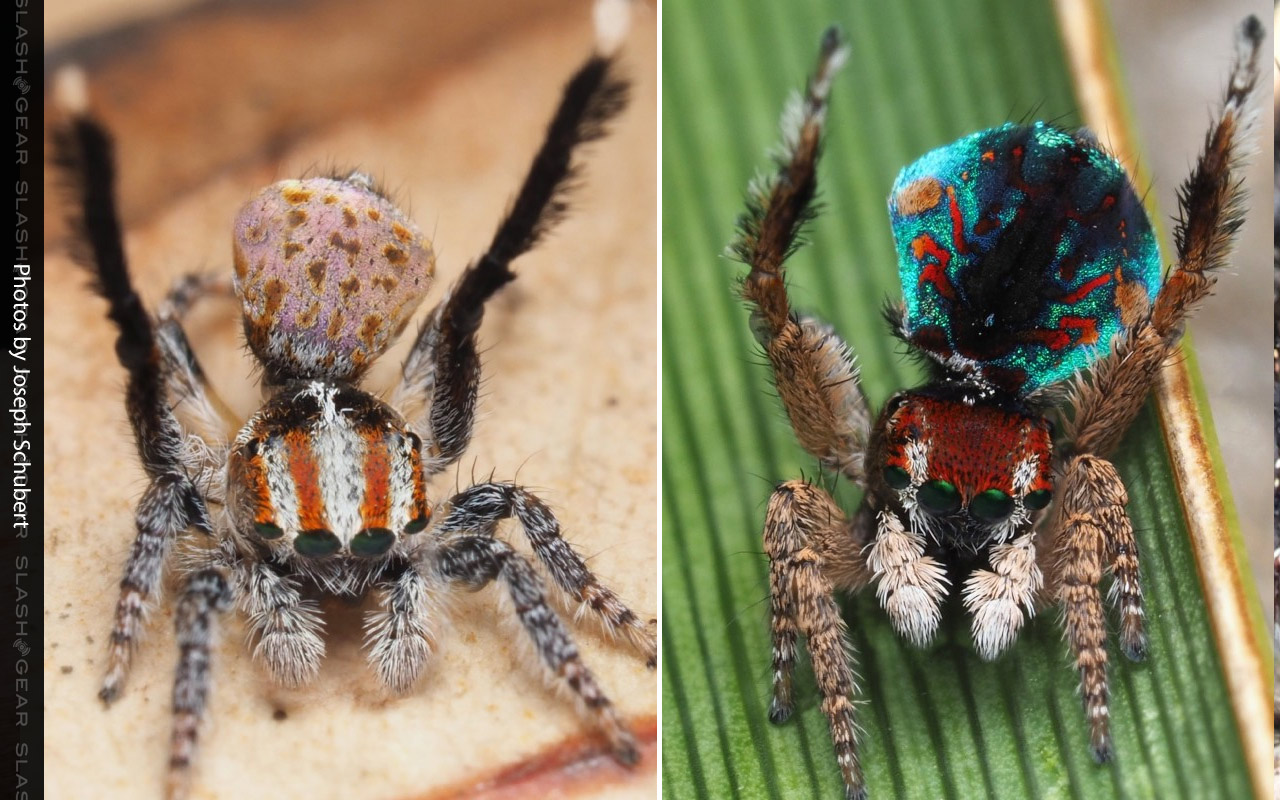 “A lot of the species are actually discovered by citizen scientists who’d documented the locality data and taken photos of the spiders and sent images to me,” said Schubert. “Considering how many peacock spider species have been discovered in the past few years, I certainly think that there are more out there to be found.” 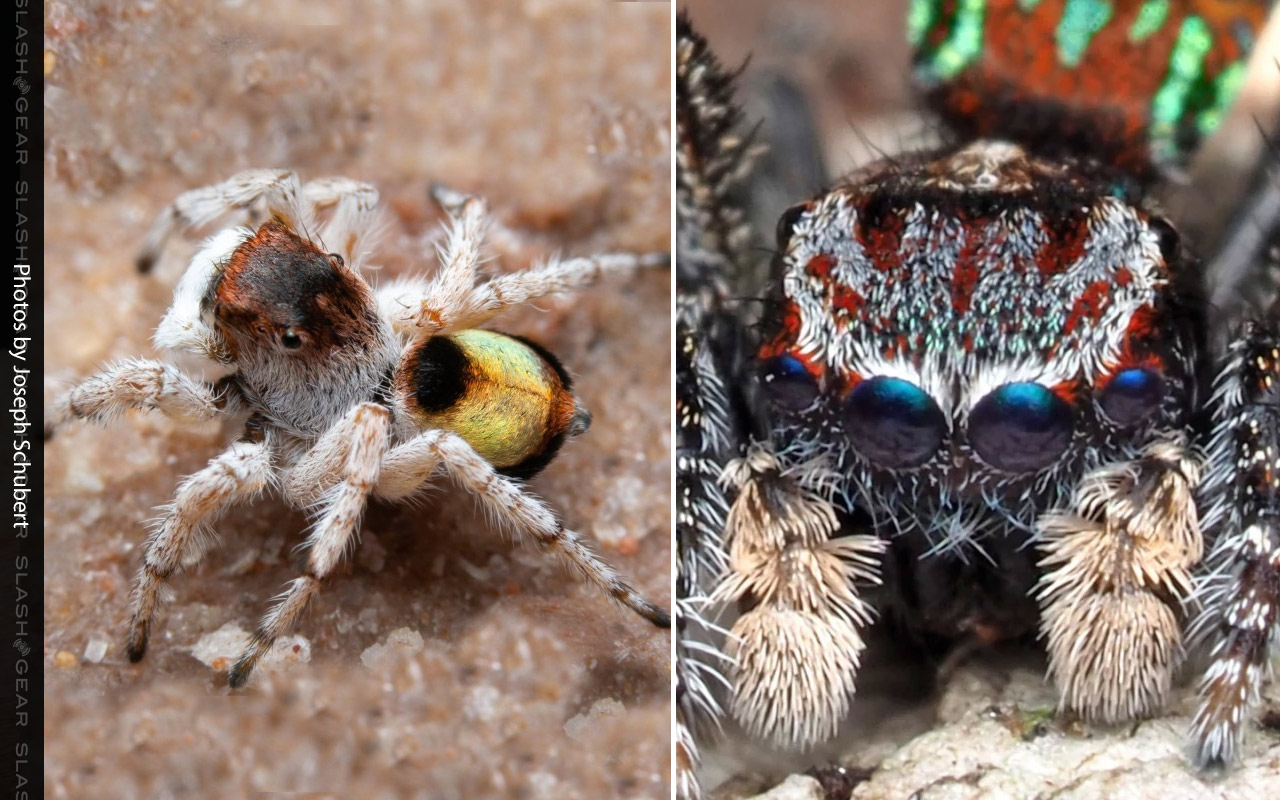 This latest group of 7 new peacock spiders is just part of the picture. Schubert’s now written up 12 of the total 85 known species in the peacock spider group. 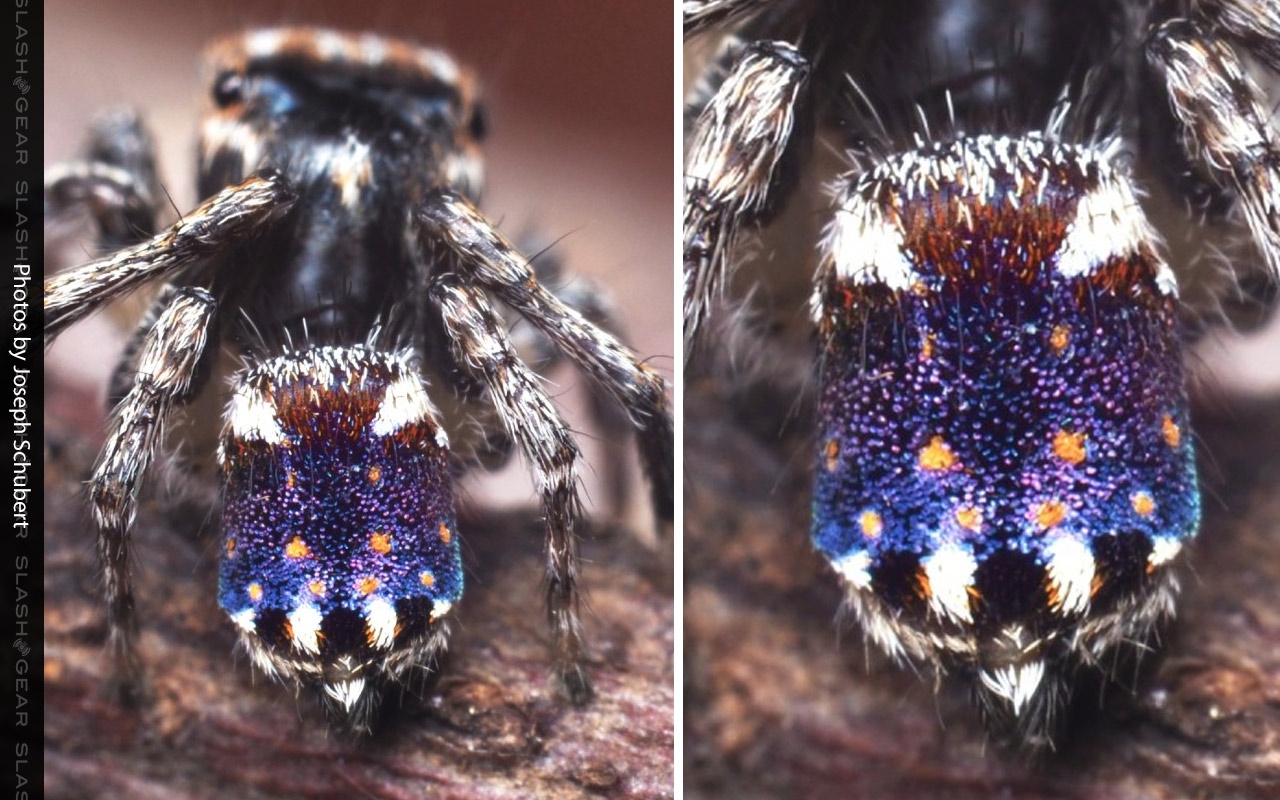 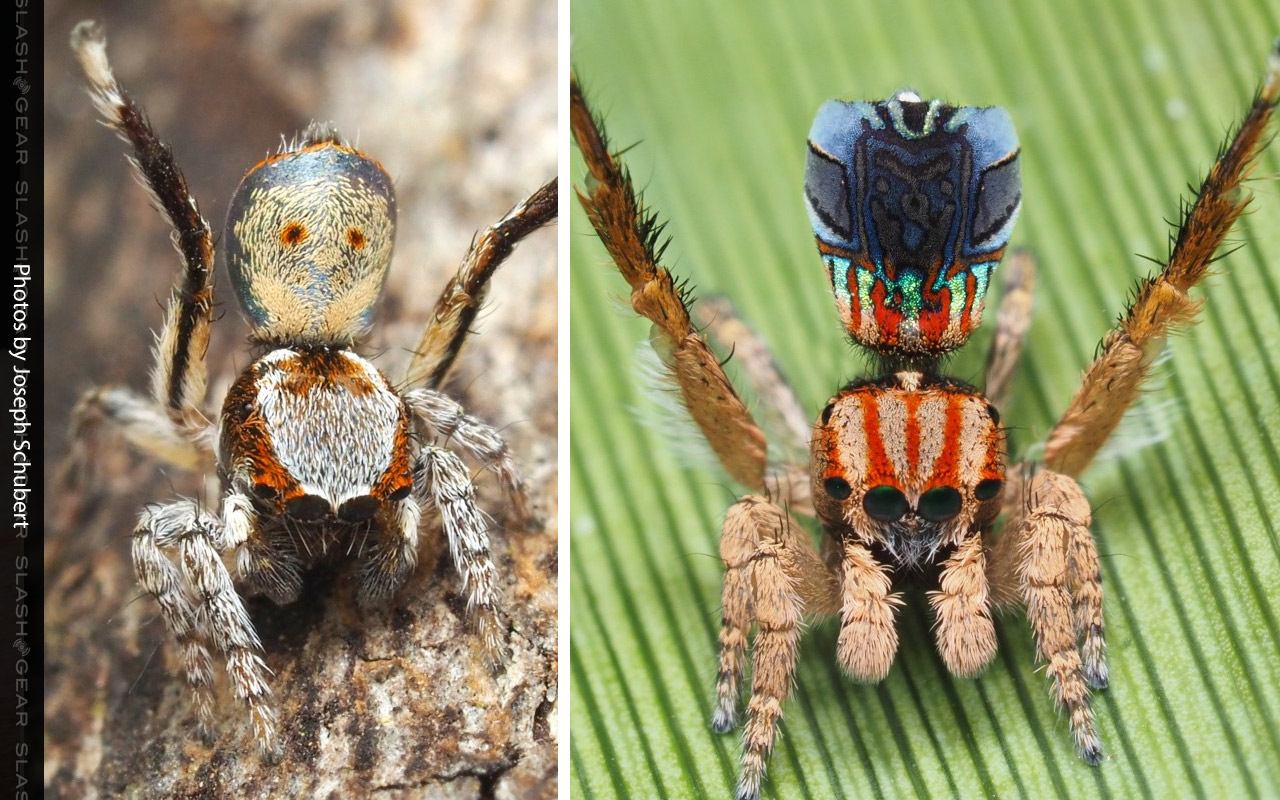 “My favourite species would have to be Maratus constellatus,” said Schubert. “I ventured all the way to Kalbarri to find this species which is about a seven-hour drive north of Perth. The patterns on the abdomen to me just look so much like Starry Night by van Gogh, hence the name constellatus which means starry in Latin.”

#ICYMI: Seven new #PeacockSpiders have been discovered and named by our resident entomology and arachnology expert, @j_schubert__ ! 🕷️ Read more about these colourful and quirky spiders: https://t.co/NaNmI7yFC8 pic.twitter.com/OZ6q9MPwQf

BELOW: A report from Museums Victora all about Schubert and his focus on peacock spiders. This was originally posted back in December of 2019, but remains fantastic to view today!

How to see more spiders