If you want maximum storage in a single drive, Seagate may well have just the hard-disk for you. The drive-maker’s latest range packs a whopping 14 TB of capacity, with multiple models targeting everything from desktop PCs through to network-attached storage and more.

It’s a 7,200 rpm drive, with up to 256 MB of cache and burst data rates of 6 Gb/s. Seagate’s Multi-Tier Caching Technology (MTC) is onboard, too, mixing NAND flash and Media cache layers for maximum performance. Despite that, the drive-maker says, it’s actually unexpectedly frugal when it comes to power consumption. Indeed you’re looking at around 6.9 W of typical consumption when operating, 4.9 W in idle mode, or just 0.8 W when in sleep or standby modes. 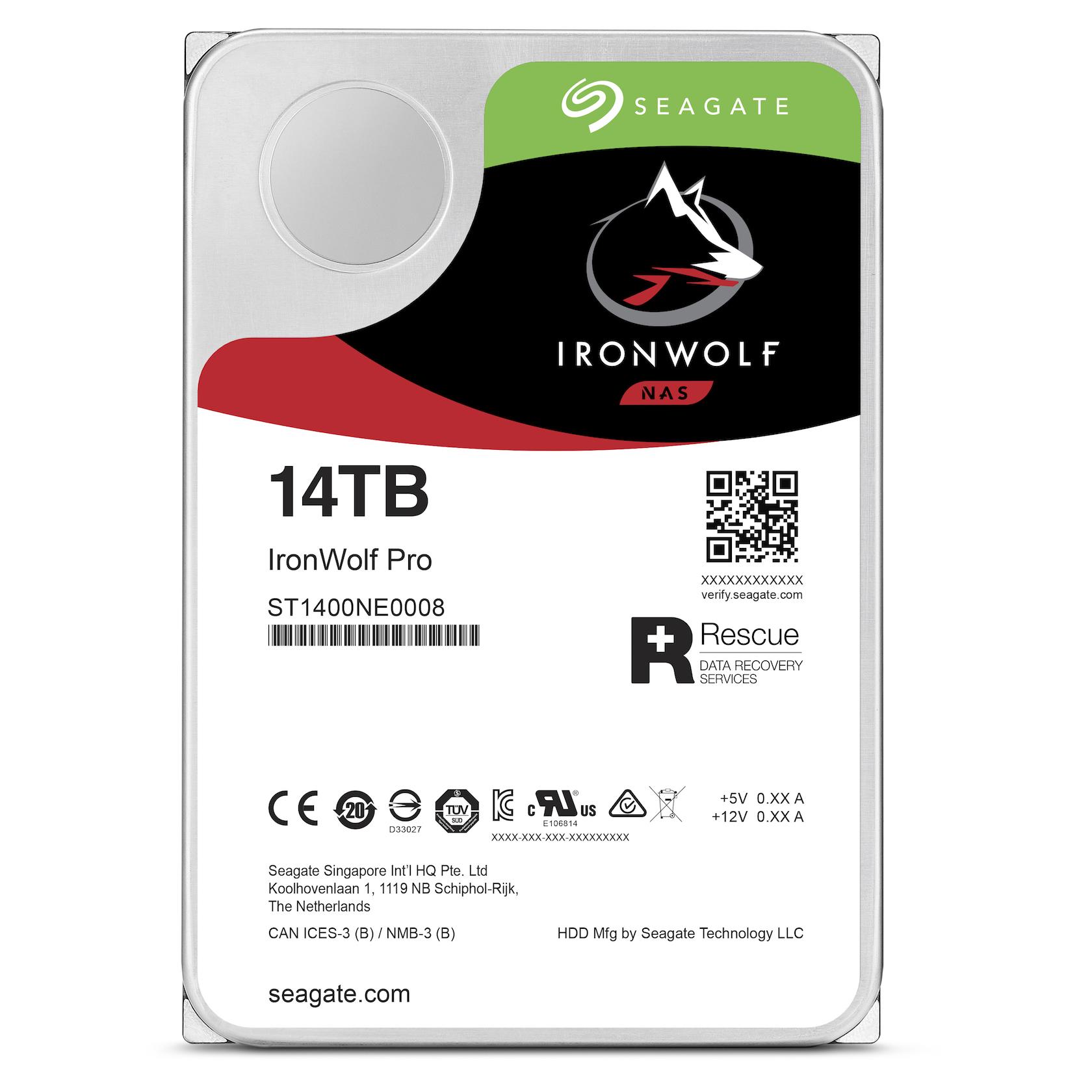 As for NAS purposes, there the Seagate IronWolf and IronWolf Pro 14TB drives step in. Both use the company’s AgileArray technology, for dual-plane balancing and RAID optimization for multi-drive devices. They also get Seagate’s IronWolf Health Management system, which claims to reduce the likelihood of drive errors – or help recover from them.

The IronWolf 14TB drive spins at 7,200 rpm, and has up to 256 MB of cache. It’s rated for 180 TB/year of multi-user use, and 1 million hours mean time between failures (MTBF); Seagate gives it a three year warranty, and there’s optional rescue service support. Maximum sustained transfer rate is 210 MB/s, with the average operating power being 7.9W and idle average being 5.3W.

The IronWolf Pro 14TB kicks the maximum sustained transfer rate up to 250 MB/s, with the same power consumption. It’s also rated for up to 300 TB/year of multi-user use, and 1.2 million hours MTBF. Seagate adds another two years to the warranty, taking it up to five in total, and throws in rescue service support as standard.