This feature appears as a button when a call comes in to a Pixel 3. The button launches Screen Call, and has an artificial intelligence bot answer the call for you. This system uses Google Assistant to show you the call – in text form – as it occurs. Users will be able to play back the entire call (with your robot assistant and the caller) after the call is complete.

Of utmost importance is the suggestion by Google that this whole process will be done “on device.” Unlike voice commands and requests, which get captured and used by Google to improve Google Assistant, it’s suggested by Google that Screen Call happens “on device.” They’ve not yet promised whether these calls will then be uploaded automatically – but it would seem as though that’s the case. 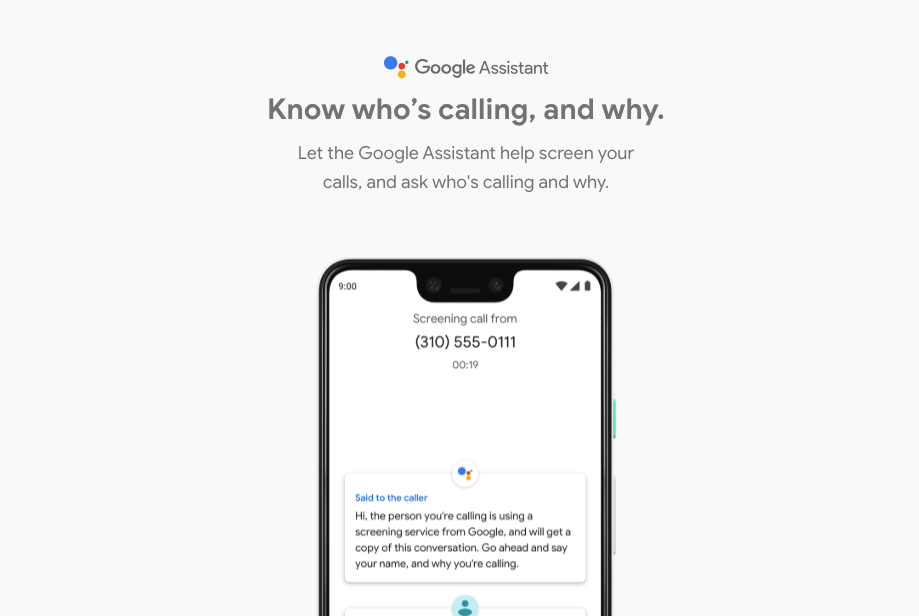 This system is very similar to what Google called Duplex – see the timeline below to learn more about Duplex, and how it is creepy. That was (and is) a robot voice that sounded quite real, and recorded calls without letting the 3rd party know. Duplex now informs some callers of said recordings where required – but there’s not a lot of up-front business about that here with Screen Call.

We’ll see soon how Google integrates these smarts into devices that weren’t launched with them aboard. For now we’ll have to see if developers out in the wild can port the functionality to other devices once they’ve got their Pixel 3 units in-hand. Won’t be long now – assuming this isn’t all connected to the cloud, of course.