These stunning images of Saturn’s auroras are groundbreaking

Striking new images from the Hubble Space Telescope have revealed the vast auroras fluttering atop its North Pole, the best shots ever captured of the glowing halo. The new images are in fact an amalgamation of seven months of capture by Hubble, and are already giving astronomers the opportunity for new insights into the light shows.

Hubble captured the images in ultraviolet light through seven months in 2017, using its Space Telescope Imaging Spectrograph. That combines a camera with a spectrograph, allowing a single instrument to record everything across the spectrum from near-infrared through to ultraviolet. It’s already been used to record groundbreaking images of black holes in distant galaxies. 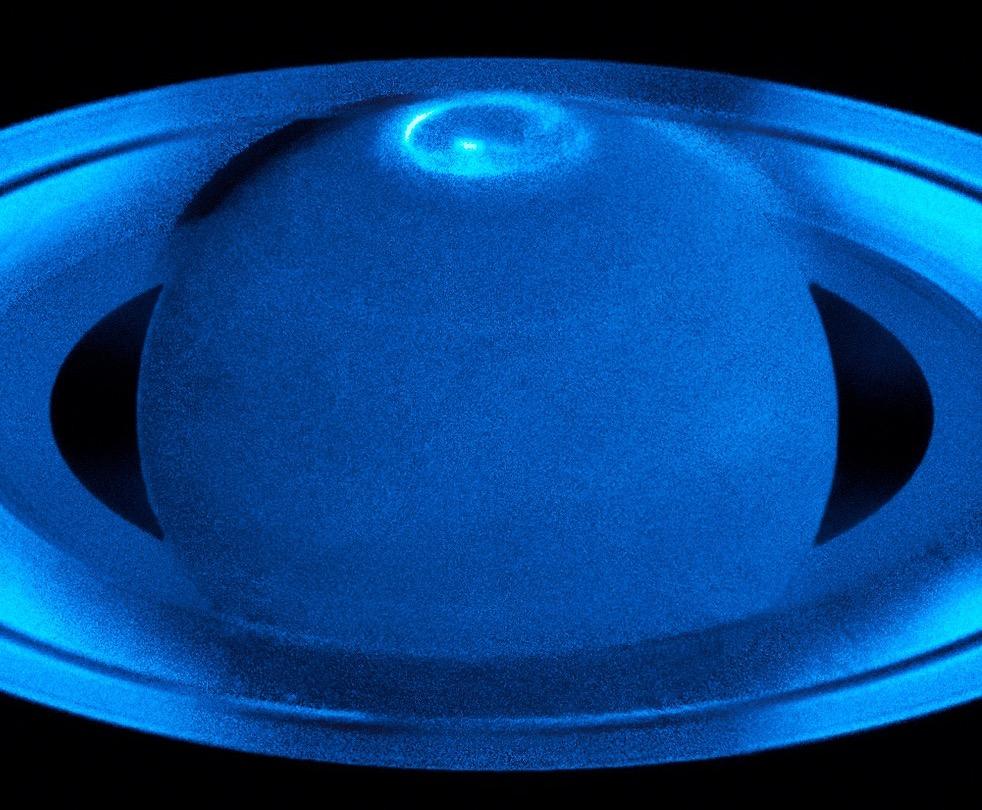 For these Saturn images, however, the focus was closer to home. Like Earth’s auroras, Saturn’s light show occurs when electrically charged particles from the sun interacts with the magnetic field around the planet. That field traps a fraction of the particles, energizes them, and then they flow down the magnetic field lines to the magnetic poles.

There, after interacting with gas atoms in the upper atmospheric layers, they produce flickering lights. Unlike on Earth, however, where the primary gases present are oxygen and nitrogen, on Jupiter it’s mainly hydrogen that the charged particles encounter. The result is a light show invisible to the human eye, but which can be captured with ultraviolet camera technology.

Indeed the new images came about with a once-in-a-lifetime combination of two space projects. While Hubble was observing Saturn, the Cassini spacecraft was finishing up its extended mission. Having orbited the planet for thirteen years, it began a controlled crash into the surface in mid-September 2017, diving through Saturn’s distinctive rings and beaming back never before seen images in the process.

While Cassini was transmitting data on Saturn’s auroral regions, Hubble was recording the lights at play. It allowed astronomers to see the peaks in brightness, including observing a previously-unknown distinct peak occurring just before midnight. That means the auroras actually have two peaks, since scientists already knew of one taking place at dawn.

The images were converted into composites, combining shots of Saturn from early 2018 in the optical wavelengths, along with the ultraviolet auroras around the northern pole from the previous year. A study, titled “Saturn’s northern aurorae at solstice from HST observations coordinated with Cassini’s Grand Finale,” in the journal Geophysical Research Letters details the team’s further findings.