With NORAD – the slightly more popular tracker due to its original tracking service and having had a rather good track record over the past several years – you’ll get a slightly less animated look at the situation. Here you’ll be connected with Microsoft’s vision for the tracking of Santa, complete with Bing and AGI integration and data provided by Nokia. 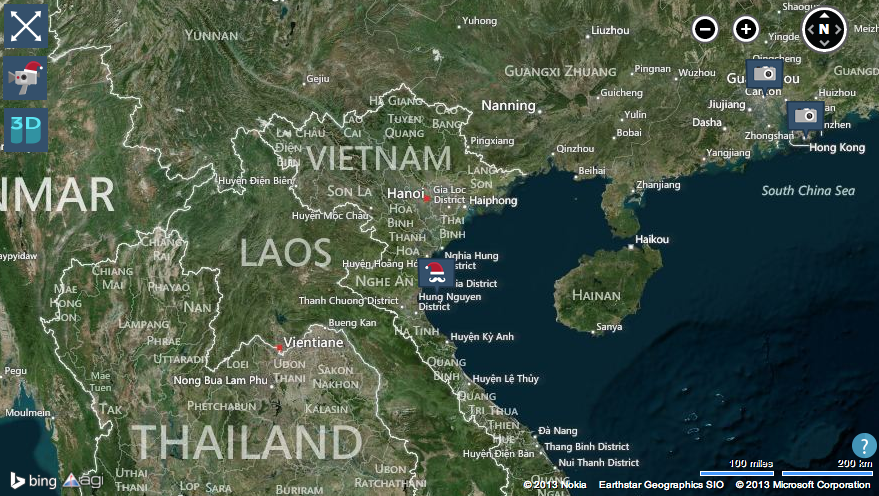 NORAD’s look at Santa tracking works with Earthstar Geographics SIO for a realistic vision of Santa’s trek. You’ll be able to see Santa with a Santa icon from above or in “3D” with a floating Santa’s sleigh flying over the landscape.

With NORAD at 10:30 AM we’re seeing 1.62 billion gifts delivered and a last sighting in Vientiane, Laos. At the same moment with Google’s tracker, Santa’s last-seen location was Lhasa, and he’s headed toward Urumqi. Google’s approximation of gifts delivered is a whopping 2.84 billion, making us think that one tracker or the other is off by a surprising amount – we’ll have to ask Santa at the end of this trek for his own numbers for official confirmation.

The Google tracker works with a much more aesthetically pleasing vision of the whole situation, with bright colors and a singular aesthetic. Here you’re able to watch Santa from above, but not in 3D. Google’s tracker does win some heavy points for delivering a collection of games to play while users wait for Santa to arrive in their area.

Google’s mapping service works with Google Maps data, of course, and connects with The Weather Channel for weather information for each individual location.

Let us know if you’re tracking Santa with one service or the other!