Samsung’s The Wall may be impressive in a “huge TV” way, but the display-maker is taking things to a whole new level by using a vast, seamless screen as the backdrop to a new TV and movie studio. The Wall relies on modular Micro LED panels, which can be slotted together to make much bigger screens, or – as in the new CJ ENM virtual studio – an impressively curved one.

So far, we’ve seen The Wall tapped for digital billboards in malls and airports, but this new media partnership will take the tech to another level. Being built in Paju, Korea and expected to open later this year, it’ll consist of an oval screen with a diameter of more than 65 feet, and standing 23 feet or more tall. 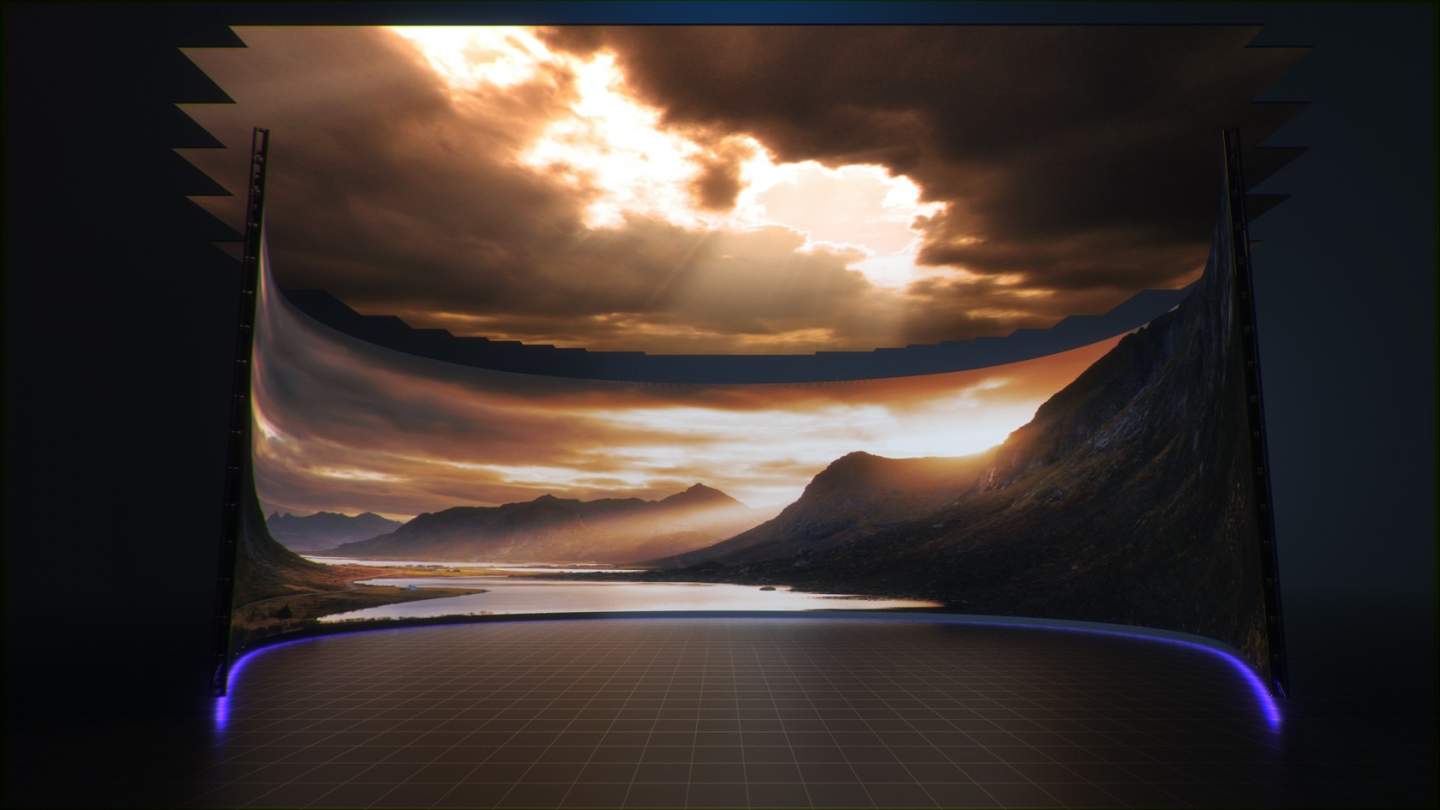 The result will be “a seemingly endless backdrop to capture content,” Samsung explains. Rather than using green screen or other compositing techniques, which involve time consuming post-processing to add in virtual scenery, this new studio based on The Wall will be able to add high-resolution backgrounds during primary filming.

“This virtual production studio will use LED displays and connected cameras to create virtual settings in real-time,” Samsung says. “This solution will save time and reduce image compositing and on-location production costs while helping filmmakers to see the camera on the live-action set in any direction.” 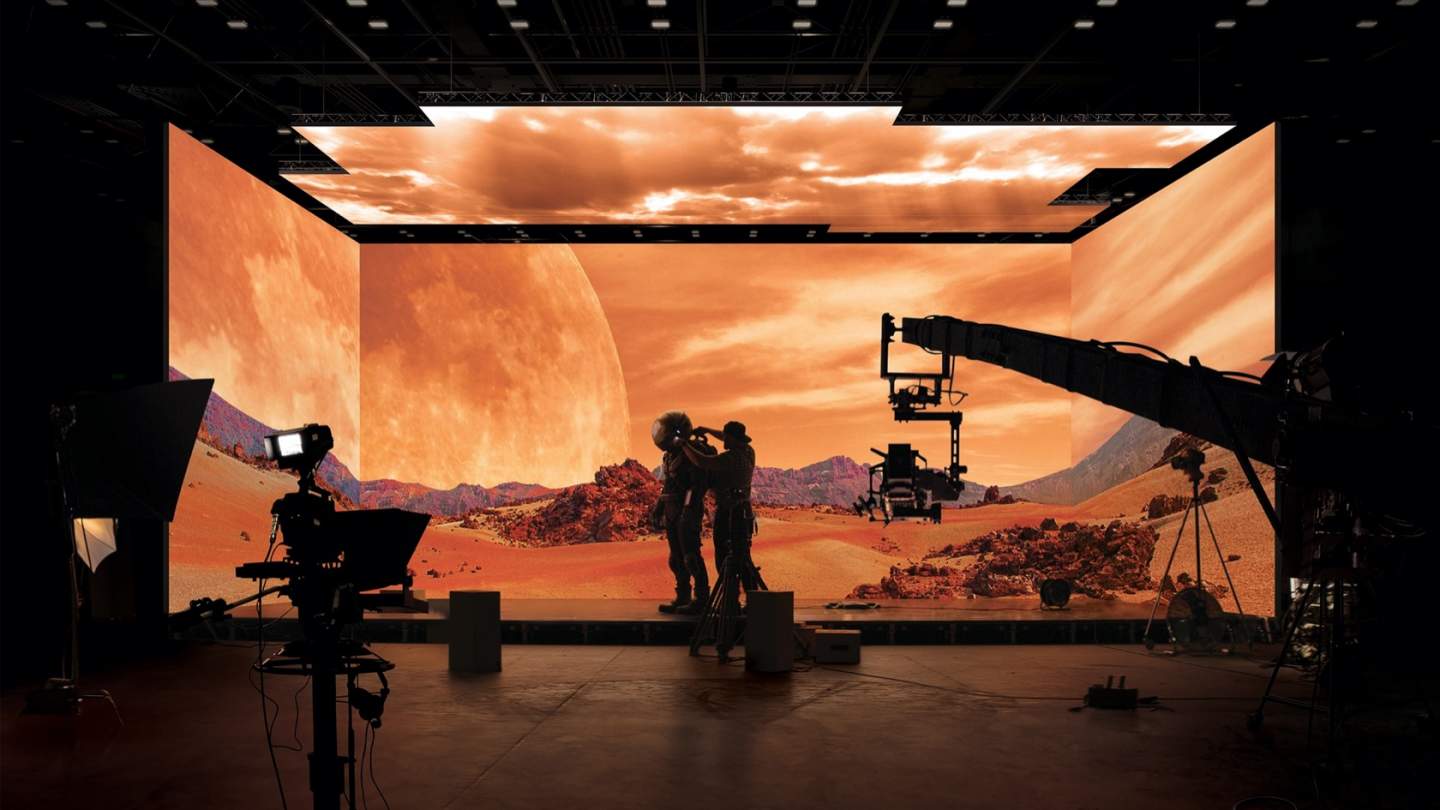 It’s a segment Samsung clearly sees as perfectly matched for The Wall’s fairly unique talents. For a start, the screen technology is super-flexible. Display panels can be curved or flat, mounted on the ceiling, or effectively lining a room for nearly full immersion. Announced earlier this month, the 2021 The Wall improves on contrast ratios and broadens viewing angles, for deeper blacks and a wider sweet-spot for viewers.

There’s also HDR10+ and cinema LED quality, and the ability to optimize the frame rates to what production houses require. For 2021, for example, Samsung added support for 23.976, 29.97, and 59.94Hz, and there’s also a new Frame Rate Sync system. Samsung says that its new molding process also helps cut down on moiré pattering, which can be an issue when trying to film other LED screens, and there’s color adjustment and remote management too.

In all, The Wall can be constructed into displays measuring over 1,000 inches, and – depending on layout – 16K resolution. CJ ENM, which produced Parasite and more, expects to open the new studio later this year. Sadly for those of us still hoping to one day live in a home with virtual walls that can change their decor at-will, pricing for The Wall still puts it well out of reach for most domestic installations.