Samsung has revealed a new version of its biggest TV, with the 2021 The Wall offering over 1,000 inches of modular screen with a number of upgrades. Designed with flexible MicroLED panels that allow different sizes of overall screen to be pieced together, for 2021 there’s now support for 120Hz frame rates among other niceties.

While The Wall overall may be big, the individual pixels that make it up are now smaller. Samsung says each LED has shrunk by up to 40-percent compared to the old version of the display, while there’s now Ultra Chroma technology that, thanks to narrower wavelengths, leads to purer and more accurate RGB colors. 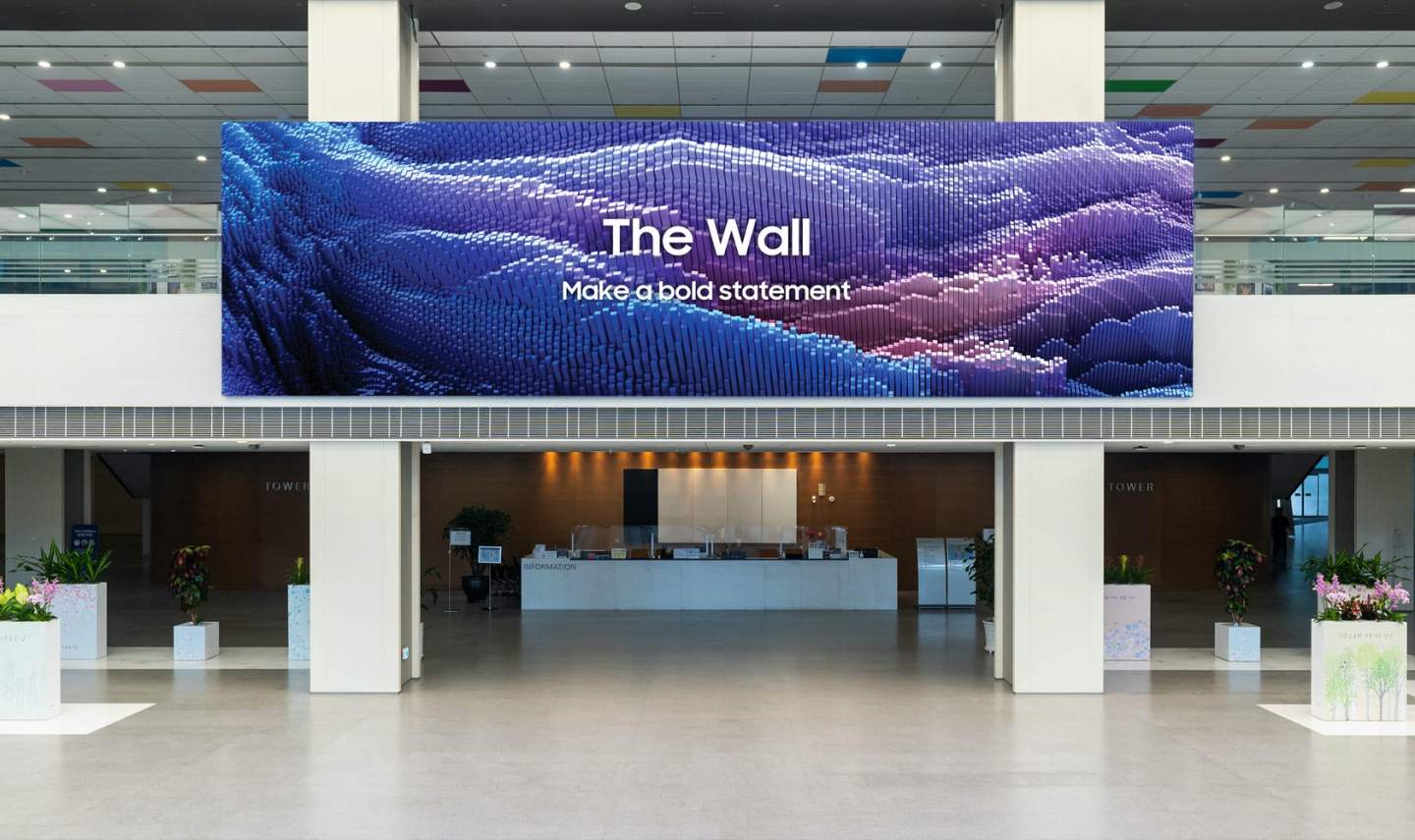 There’s 8K resolution with 120Hz refresh and Simple 8K playback, though it’ll also be possible to configure The Wall horizontally into up to a 16K resolution screen. That’s a massive 15,360 x 1,080 pixel panel in all, and over 1,000 inches in size.

Even in a “regular” design, though, you’re looking at a huge 16:9 ratio 7,680 x 4,320 panel. There’s 1,600 nits of peak brightness, while the smaller pixels means that there can be more black space between pixels for better contrast. In Q3 2021, meanwhile, there’ll be a version with even smaller, 0.8 mm Pixel Pitch, Samsung says. 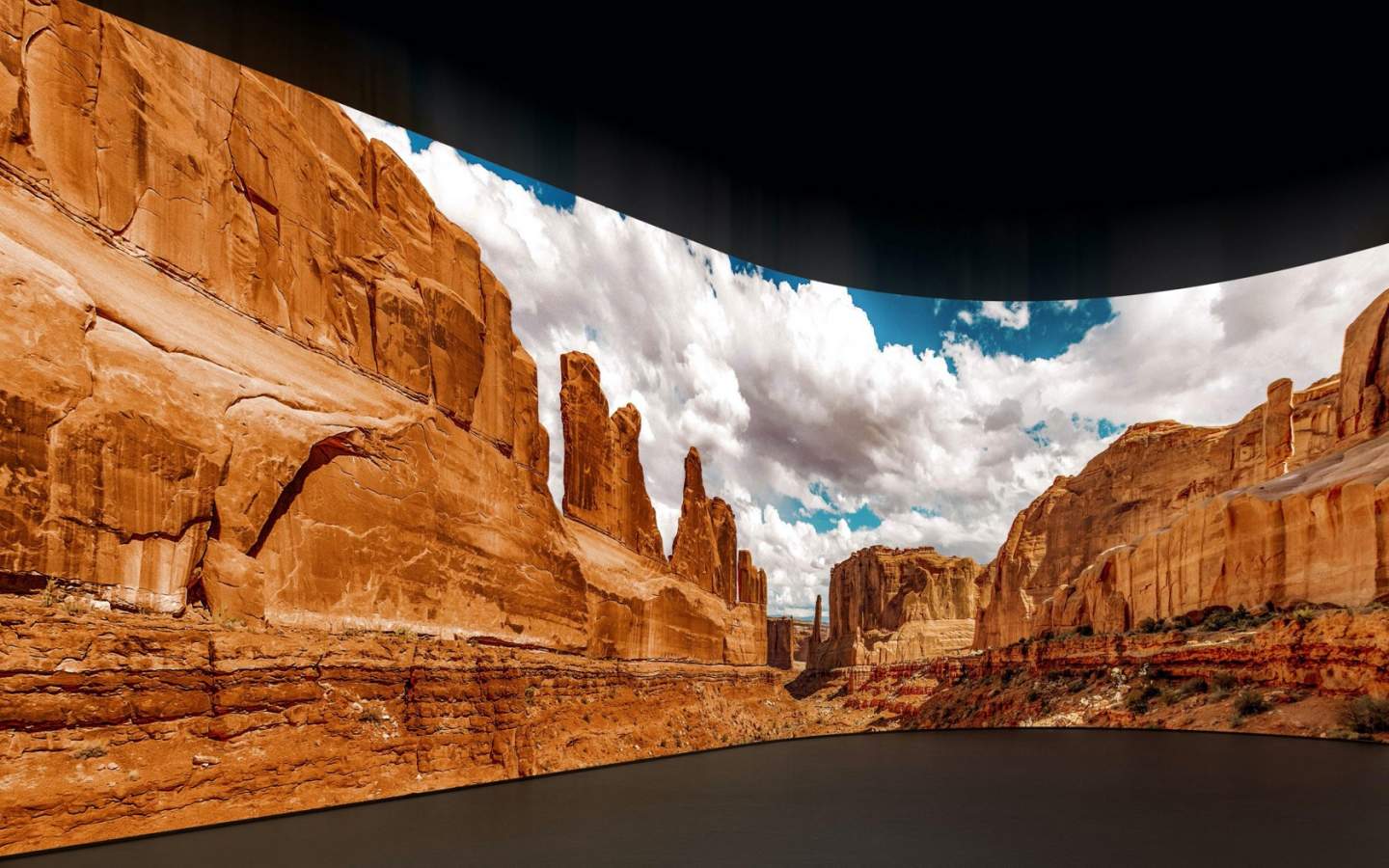 For 2021, there’s a new connection system. Wireless docking helps the panels be about half the thickness of the 2020 model, while The Wall can be installed not only as a flat screen but concave, convex, hanging from the ceiling, or inclined. It can even be bent in an L-shape. It should be easier to install, too, Samsung promises, with a new Factory Seam Adjustment system. 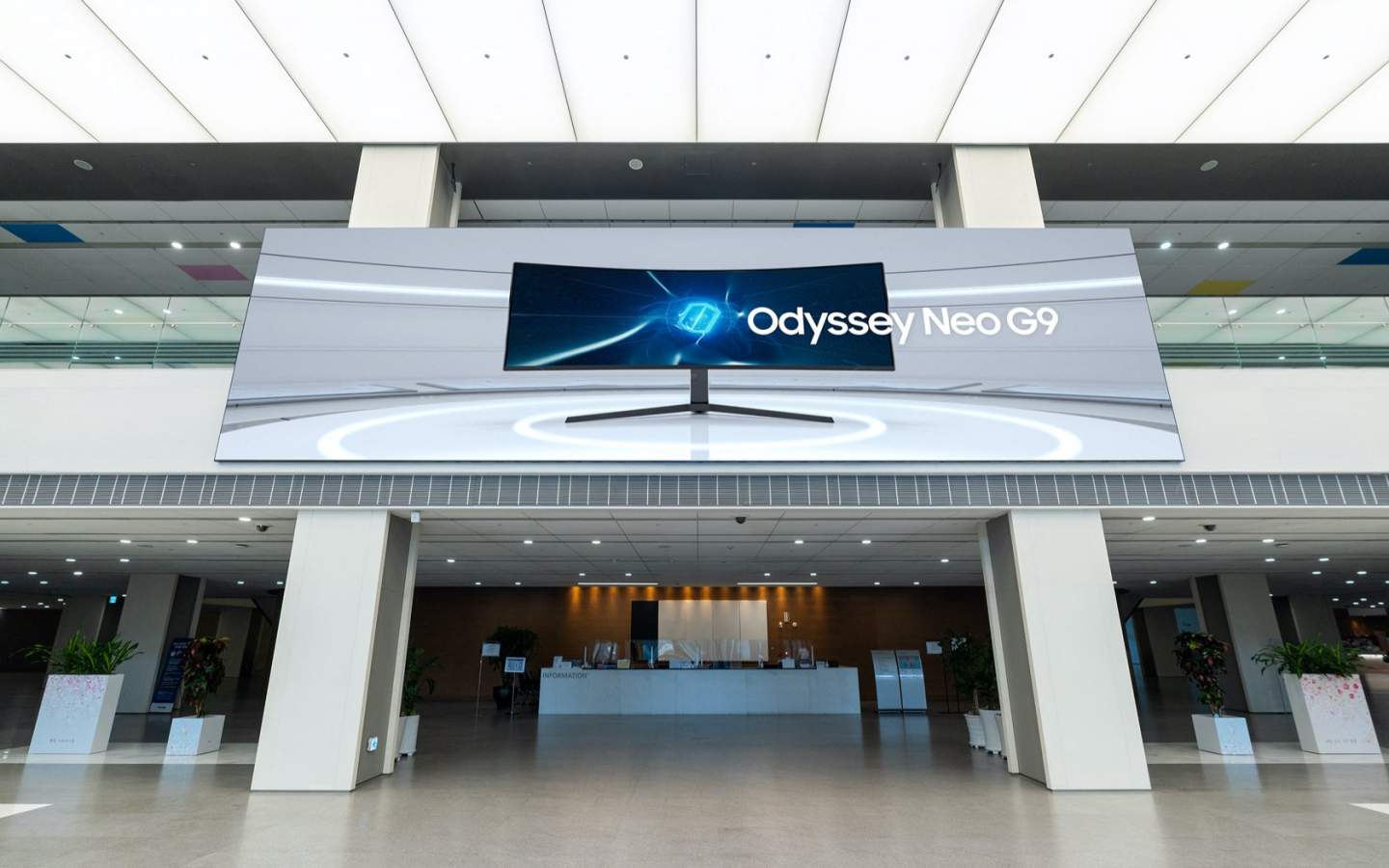 In the background, meanwhile, is a new Micro AI Processor, which Samsung is using for picture control. It packs in up to 16 different neural network models – each, Samsung says, having been trained in different “AI upscaling and deep learning technology” – so that it can optimize up to 8K resolution video for better contrast and less noise. 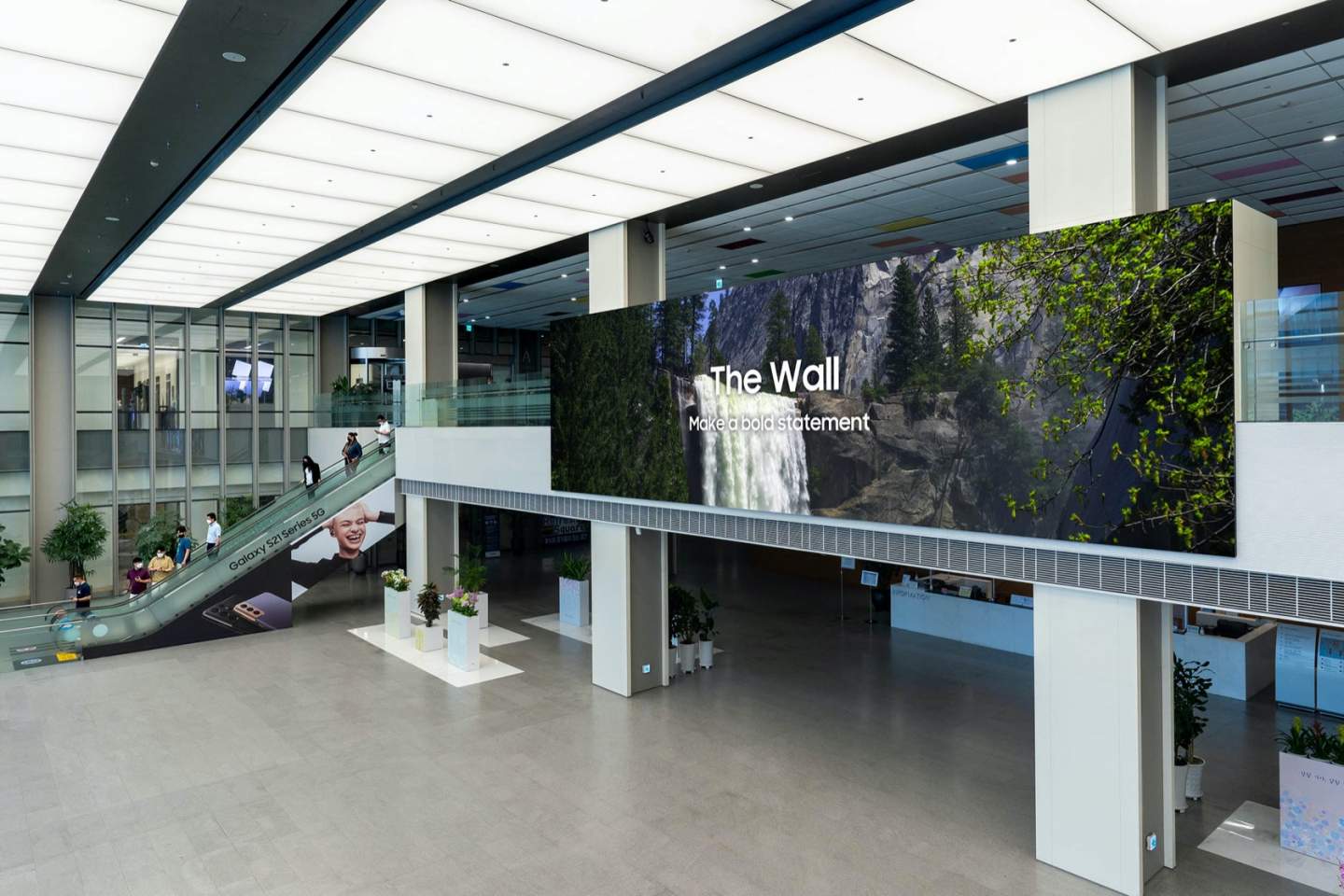 Of course, even if the idea of turning a whole wall in your home into one vast display is fairly appealing, Samsung sees The Wall more as a commercial display than one for residential use. Pricing for the 2021 update hasn’t been confirmed yet, but expect to pay a handsome premium over even the company’s highest-end TVs for this sort of big-screen flexibility.