Samsung’s Galaxy S6 edge+ may have a huge 5.7-inch display for expansive onscreen keyboards, but those who prefer physical keys have an option there, too. One of the more unusual accessories in Samsung’s array of cases and covers for the new Android handset adds a QWERTY keyboard to it, complete with four rows of letter keys, various function keys, and shortcuts for navigation around the OS.

It may look outlandish, but it functions surprisingly well. The keys are roughly the same size as you’d expect to find on a BlackBerry, though they’re more mushy in feel than Canada’s finest.

Part of that is down to the way the case actually works. Rather than an electronic connection with the smartphone, each key has a tiny nub on the back that touches the corresponding point on the touchscreen behind. 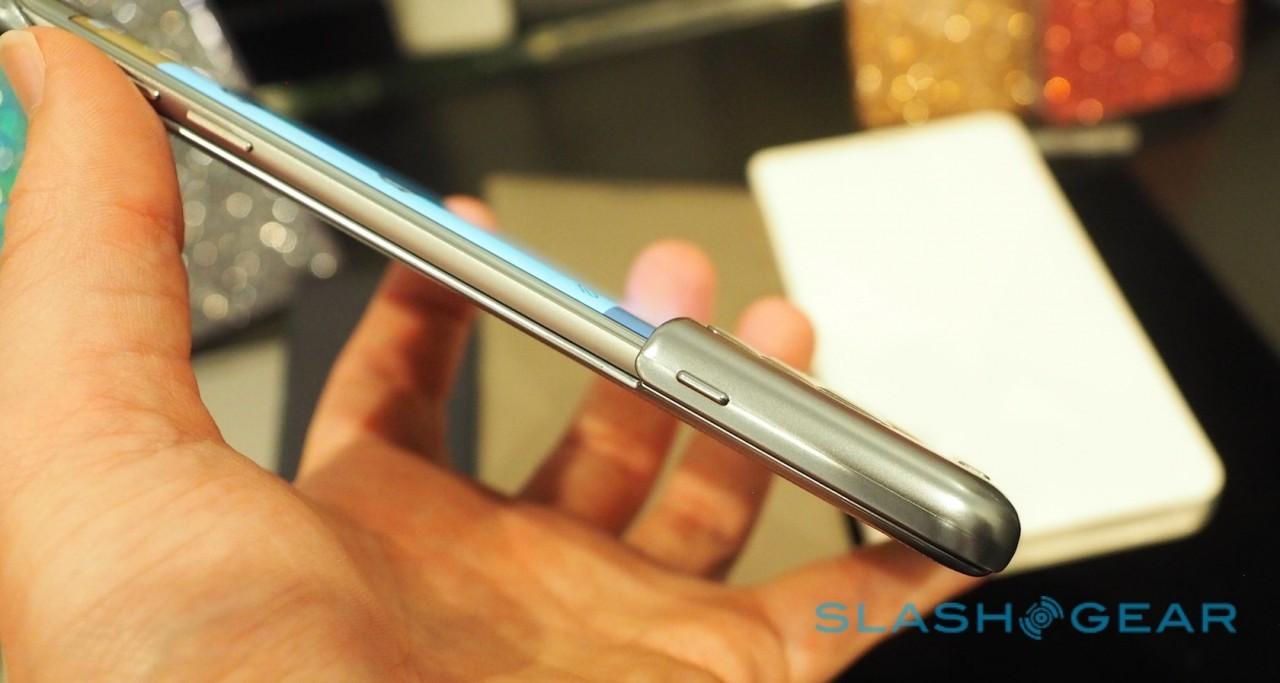 That keeps things simple, but it does mean the buttons depress with a rubbery feel rather than a sharp click. I only had a relatively brief time with the case – certainly not enough to punch out War and Peace in a Twitter DM – but though the action might not be ideal, I was able to thumb out messages in short order.

Though there’s no electronic link involved, the Galaxy S6 edge+ does recognize when the case is clipped in place. That automatically adjusts the display to take into account the fact that roughly the bottom third is covered, and should ensure that even third-party apps don’t end up inadvertently masked. 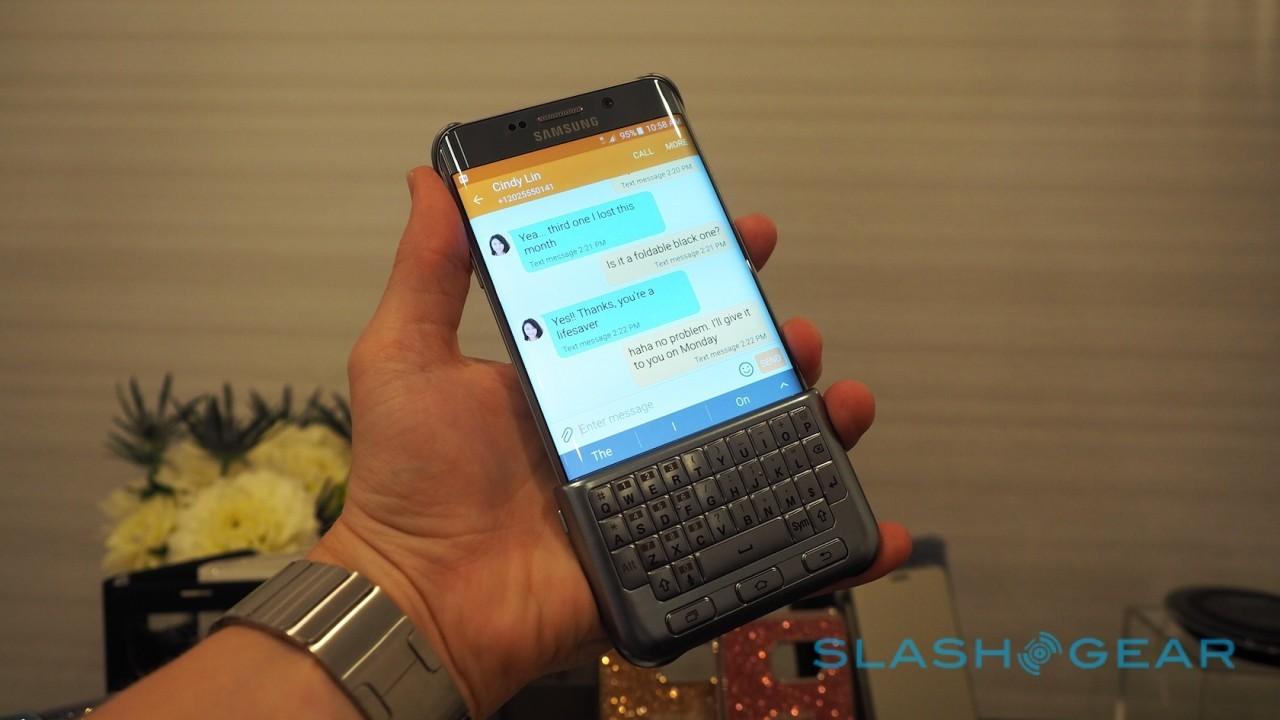 Unfortunately, it also covers the S6 edge+’s home button and, while there’s a pass-through key to take you back to the homescreen, it does mean you lose access to the fingerprint scanner. If you wanted to use that for easier unlocking, or indeed to authenticate Samsung Pay with a fingertip rather than a PIN, you’ll be doing a lot of clipping and unclipping.

There’s a lingering cadre of users still pining for the days of physical keyboards, something smartphones in general have shifted away from for their bulk and relative inflexibility. So, while Samsung’s solution isn’t perfect, I can see it placating a few people along the way.

Samsung tells us US pricing for the keyboard case is yet to be confirmed, as is availability, though we’d imagine it’ll land sometime around the late-August release of the S6 edge+ itself. 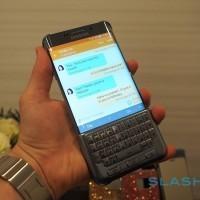 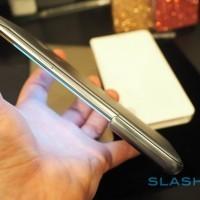 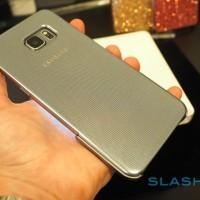 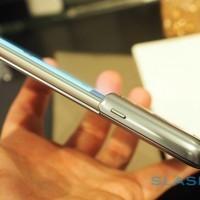 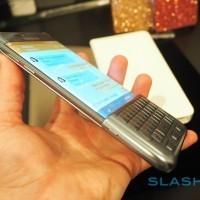