A Samsung patent reveals that the South Korean company is working on a dual wireless charger not unlike the AirPower charger Apple unveiled in recent weeks. The patent was published by the USPTO and reveals a charging pad that could be used to charge two phones at once or, as another example, a phone and a smartwatch.

Apple announced the AirPower Charger in September during its most recent event. The AirPower Charger is unique because it will allow Apple device owners to charge more than one Apple device at the same time wirelessly. One could, for example, charge their iPhone, AirPods, and Apple Watch by dropping them all onto the same pad. Samsung’s own newly patented wireless charger is similar, at least based on the patent description. 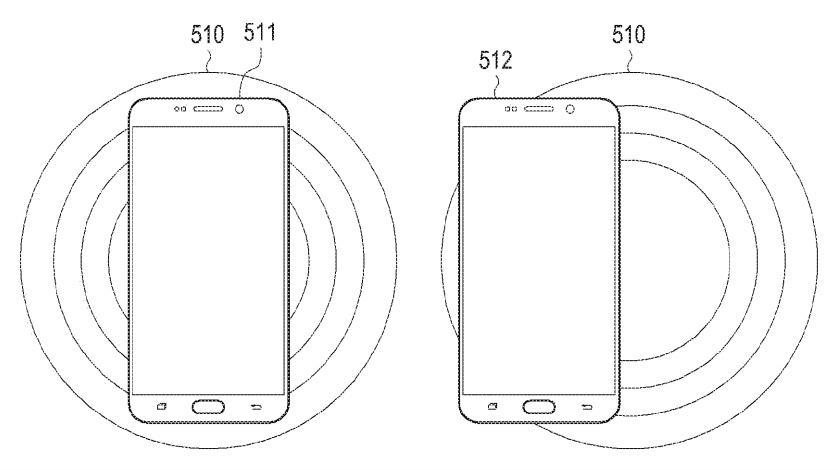 The patent explains that Samsung’s dual-device charger would feature both magnetic resonance and magnetic induction charging in the same device. Samsung points out that a growing number of gadgets are using magnetic resonance wireless charging instead of magnetic induction, and that consumers with one or more of each type of gadget are therefore required to buy two separate wireless chargers.

That’s a problem that Samsung wants to tackle by offering both types of wireless charging in the same charger, which itself is able to automatically detect which type of charging a particular gadgets requires. The patent indicates that the charger would be able to handle charging with both induction and resonance coils at the same time if gadgets requiring both are placed on the charger.

For example, the patent states, “one electronic device that is charged by an induction method and another electronic device that is charged by a resonance method are placed on a charging apparatus that adopts two induction coils and a single resonance coil.” While the patent merely describes a ‘plurality’ of devices on the charger at once, all of the illustrations demonstrate two devices on the charging pad.

However, the patent regularly discusses the charger as containing up to three coils. Whether the charger will be able to support charging three devices at once isn’t clear. The patent doesn’t reveal when a device with this technology may be launched, but it is reasonable to assume that Samsung may unveil a charger with it alongside the Galaxy S9.