Samsung wearables have quite a fan following and when new products are on the horizon people get excited. Recently some images of the Gear Fit 2 fitness band and the IconX Bluetooth earbuds leaked online and now Samsung has outted the products itself. Samsung hasn’t gone official with the products; they were leaked via the Samsung website apparently by mistake.

The good news is that the images were copied before the error could be fixed so we can see what these products look like in what have to be official images that Samsung will use to market the products when the official launch comes. The images are all we have; no specs were leaked along with them. 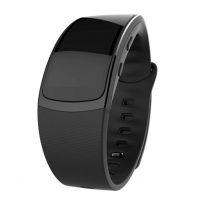 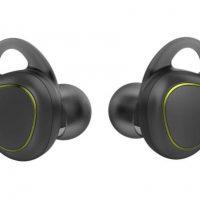 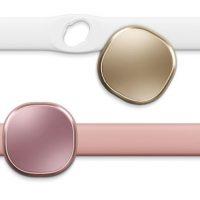 Rumors suggest that the Gear Fit 2 will pack significant improvements over the original with a 1.84-inch AMOLED screen, 4GB of storage, integrated GPS, water resistance, and a bunch of fitness features. We have no indication yet of exactly when Samsung will go official with all the details on the Gear Fit 2. All we know right now about the Gear IconX are that they are wireless earphones presumably using Bluetooth for connectivity. Certainly they will have sweat resistance at least.

One of the coolest, if not strangest, things we have seen from Samsung in a long time went official this month, the Samsung Family Hub refrigerator. This thing is a big fridge for your kitchen that has all sorts of connectivity features like the ability to stream music and video on the massive screen on the door. You can even mirror video from your smartphone or your Smart TV to the screen on the fridge. It even has cameras to let you see what’s inside from the screen on the door so you don’t have to slum it and actually open the door to check.