This week researcher Farooq Khan from Samsung Electronics has published a paper on full earth-covering internet. This system, he suggests, would consist of “thousands of low-cost micro-satellites” that’ll be launched into Low-Earth Orbit (LEO) to provide Terabit/s data rate speeds of internet to the whole globe. This system would be able to send data with signal latencies “better than or equal to” the ground-based systems we use today. This system would serve to take care of the internet needs of our planet through the next several decades.

According to the research published by Khan this week, Samsung would create a “Space Internet” system. In this system, Zetabyte/ month capacity would be provided, equivalent to 200GB/month for 5-billion users around the world.

Instead of kicking out new waves of spectrum here on the ground, Samsung’s satellites would fly up above us, attempting to keep up with what Khan calls the omnify principal. This “omnify” stands for Order of Magnitude Increase every Five Years. 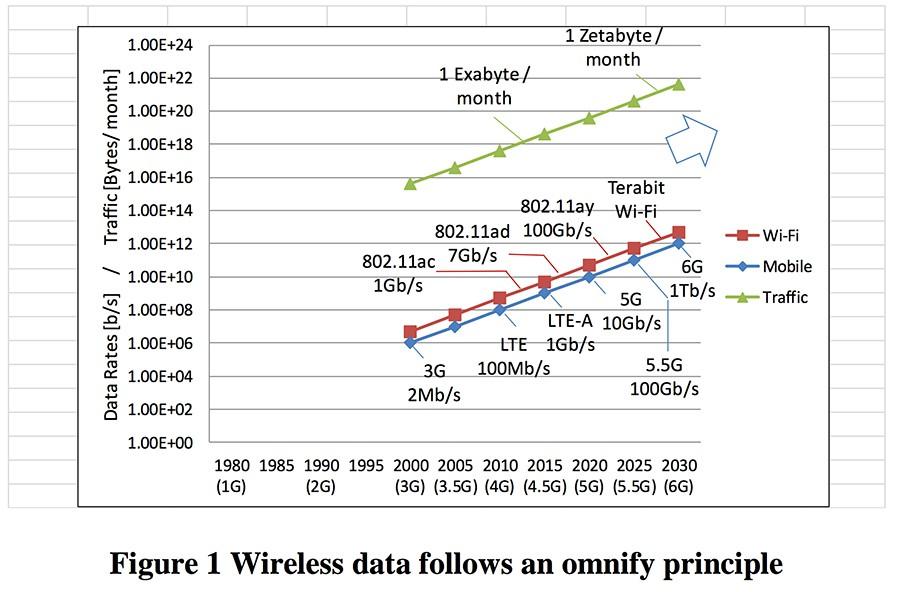 Every give years the demand for mobile data increases 10 times, says Khan, and this will continue to happen for the foreseeable future – up until 2030 according to his chart, at least. 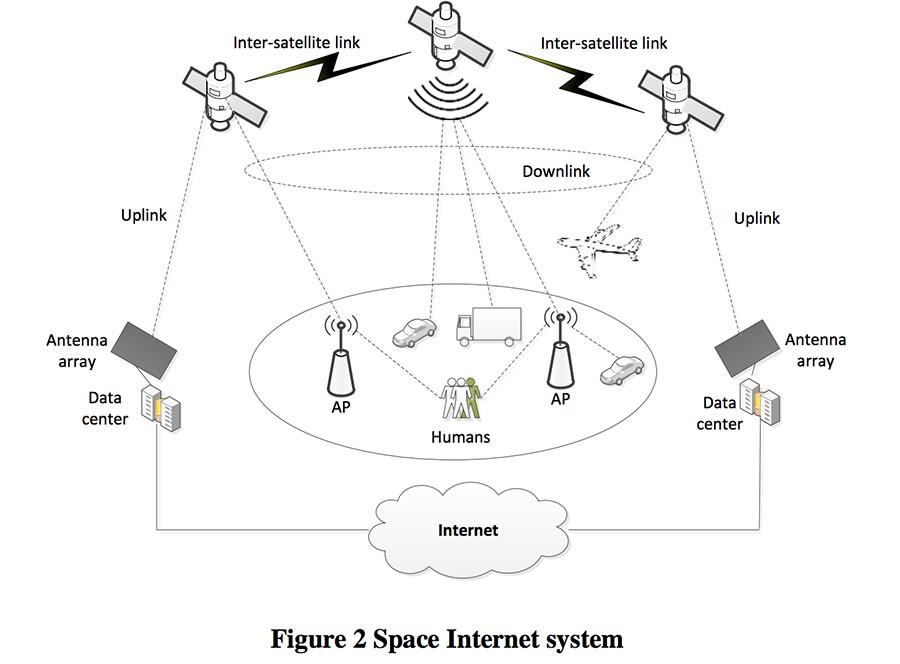 Samsung would be sending internet from data centers through antenna array, bouncing around satellites and back down to AP where it’ll be sent to mobile devices aplenty. In addition to this – as a bit of a bonus – we’ll see far more reliable airplane-based internet. They’ll be up closer to the satellites where the internet is reliably being bounced around already.

According to Khan’s paper (found at Arxiv in PDF form), this project would need about 4,600 satellites operating in low orbit. As Khan and his research team suggest, “We believe that our Space Internet proposal will bring us one step closer to connect and empower the whole humankind.”