Samsung has joined the increasingly crowded WiFi IP security camera market with the new Samsung SmartCam at CES today, a 1.3-megapixel webcam with integrated WiFi b/g/n and ethernet. The company is pushing the ease of use of the SmartCam, with WPS for easy network connections – with a compatible router – along with mobile apps for Android and iOS devices so that you can log in from your phone or tablet.

Unlike the TP-LINK TL-SC4171G we reviewed recently, the SmartCam doesn’t offer motorized pan/tilt for scoping out the room. There’s still nighttime illumination, however, thanks to infrared LEDs, along with audio and motion detection and – for those nude refrigerator raids you’d rather nobody find out about – a privacy button.

Video is streamed at either 640 x 480 or 320 x 240 and at up to 30fps, and there’s two-way audio support too. Up to five viewers can access the camera at any one time, and you can set the SmartCam to automatically begin recording and uploading clips, when triggered with movement/sound, to a secure YouTube account with a push notification sent out to alert you.

The Samsung SmartCam is set to go on sale in March, priced at $149. 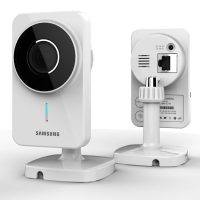 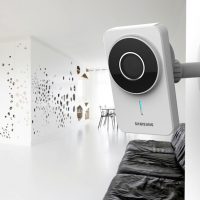 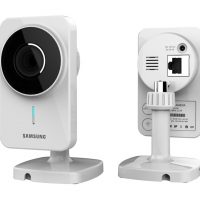 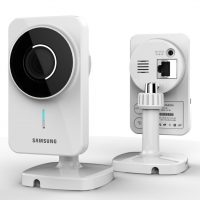 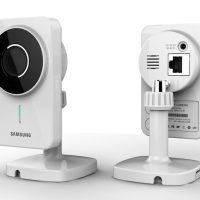