Samsung is one of the most popular smartphone makers in the entire world, and it’s always looking for new features to set its devices apart from others available on the market. Renderings have turned up online that appear to have line art from a Samsung patent application detailing possible future gesture controls integrated into its folding smartphones. The images, which can all be seen below, focus mainly on buttons that are located on the sides of the smartphone.

The patent was filed in November 2020 with the World Intellectual Property Office and is titled “Foldable electronic device.” The document is massive at 110 pages and was published on May 20, 2021. It describes a folding smartphone with gesture functionality replacing all physical buttons. Samsung needed to find a new way to provide users with control over the phone as folding devices are becoming thinner, making it difficult to get all of the buttons needed on the sides of the device. 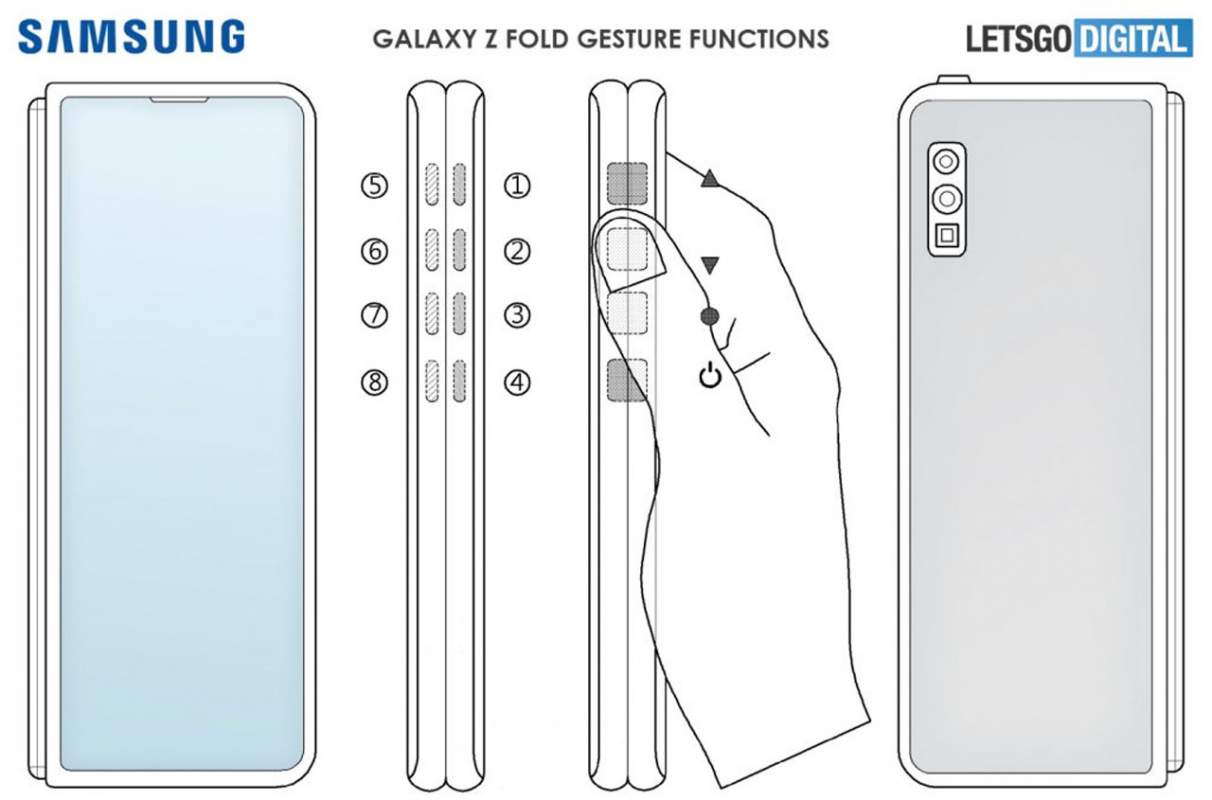 The patent application outlines a gesture system that uses taps and swipes. When the device is folded, the two housing parts are placed opposite each other giving the user double the surface area to operate virtual buttons. The user can also customize gesture functions. A tap movement can activate a specific function, such as the power button, while the user can assign a swipe movement to volume control. 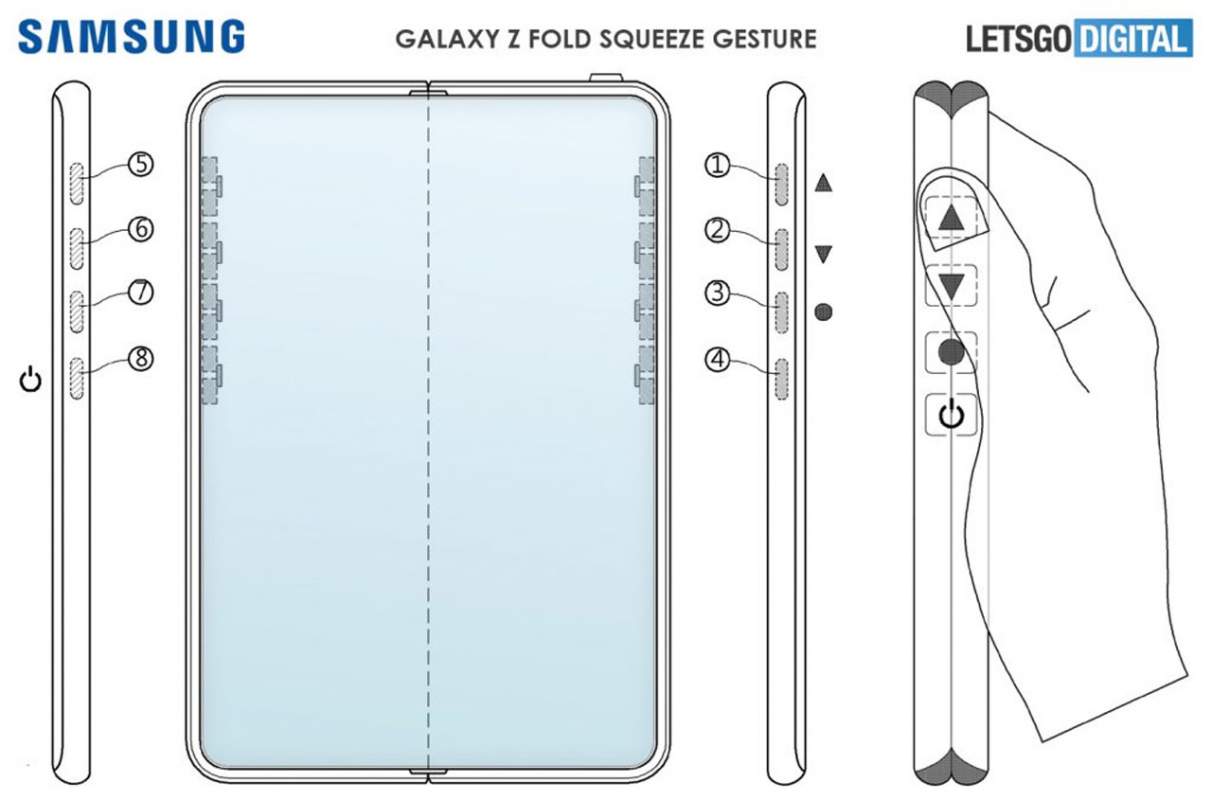 It’s entirely possible that Samsung might integrate this new functionality into the Galaxy Z Fold 3 expected debut this August, or into a future version of its folding tablet. However, the patent doesn’t say specifically what device might use the feature or when it might be available.