The first generation of mobile smartphone-based virtual reality is about to be upon us – or so at first it would seem. Last week it was made clear that Samsung was working with Oculus VR to create a VR headset. This week that headset – still very much in a developmental stage – has been given greater detail.

In a leak from Engadget, the deal between Oculus VR and Samsung has been made apparent. While Samsung gets early access to the mobile SDK from Oculus VR, Oculus VR gets access to OLED displays made by Samsung to make their final non-dev-focused virtual reality headset for gamers. 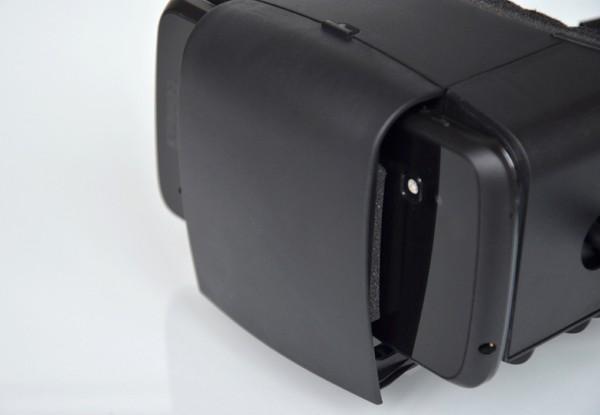 NOTE: The photos you see here are modified images of the Durovis Dive, detailed in part later in this article. 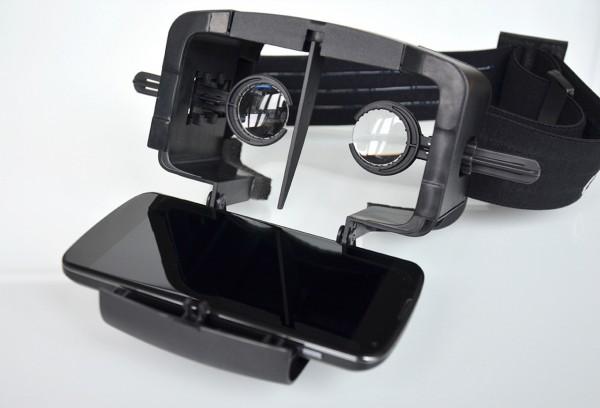 The mobile headset that’s being created today by Samsung uses a smartphone – a Galaxy S5 or above – as its driver. You’ll have a headset with a big port in it where your Galaxy S smartphone will plug in and act as computer and display – and camera. While it’s suggested that the latency involved in seeing the world through the camera on your smartphone on your display as virtual reality is too great, there’s still some possibility of sit-still augmented reality interaction. 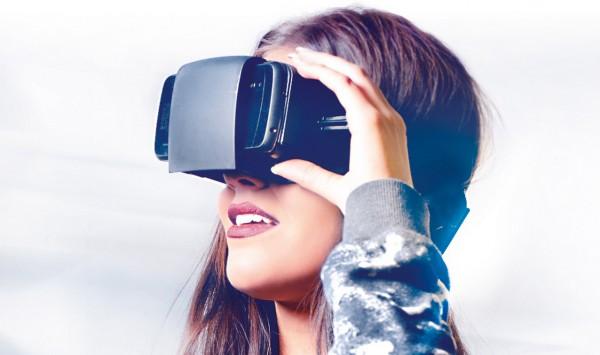 Samsung is far more likely to make this device into an at-home theater sort of product. Imagine purchasing a movie from Samsung’s media library, watching it with full (headphone driven) surround sound on the big screen – the big screen in your VR headset. Samsung is also a company that deems it most important to bring their product to market first, rather than waiting for their competitors to release then refine – so the headset could launch with very few experiences at all.

In any case, the device isn’t entirely unique. There’s a device out there by the name of Durovis Dive that’s been in development for some time – there are several, actually. First you’re going to see Durovis Dive as filmed at DroidCon UK.

Next you’re going to see a lovely clip created by Trevor Walker on how to make your own Virtual Reality goggles with an Android smartphone. This is extremely rudimentary, mind you – but it works.

Another example comes from BlueGimbal and is made with an iPhone. This includes some software ready for approval on the iTunes app store. This is also very, very rudimentary – he breaks the headset at one point, but it still works! The headset here is also created with a 3D printer.

What we’re hoping is that Samsung and Oculus can bring some real refinement to this rather interesting DIY culture being built up around mobile VR. Oculus started the trend back when the Kickstarted their way into our hearts – now Samsung (and Facebook, who own Oculus VR) should be able to bring the cost down and the delivery up to speed – let’s have it!