Samsung is bringing the S Pen to its notebooks, with the Samsung Notebook 9 Pro packing both digital stylus support and a 360-degree hinge. Helping tide us over between now and the Galaxy Note 8 expected to be released later in the year, the new convertible will be offered in two sizes, 13.3-inches and 15-inches. Either way, it packs some of the advanced pen features we tested out on the Galaxy Book earlier this month.

Like the Galaxy Book’s S Pen, the Notebook 9 Pro’s stylus has a 0.7mm tip for more pencil-like accuracy. It can also differentiate between 4,096 levels of pressure, for increased precision in graphics software and while writing. Finally, tilt recognition means that, in supported apps, the angle at which the nib is approaching the display can also be taken into account.

Just as on the Note series, there are some added S Pen extras in the software. On top of Windows 10, Samsung adds Air Command, its pop-up radial menu triggered with the side button on the stylus. That allows quick access to sketching, taking notes, and editing documents. It’ll also work with Windows Ink Workspace. 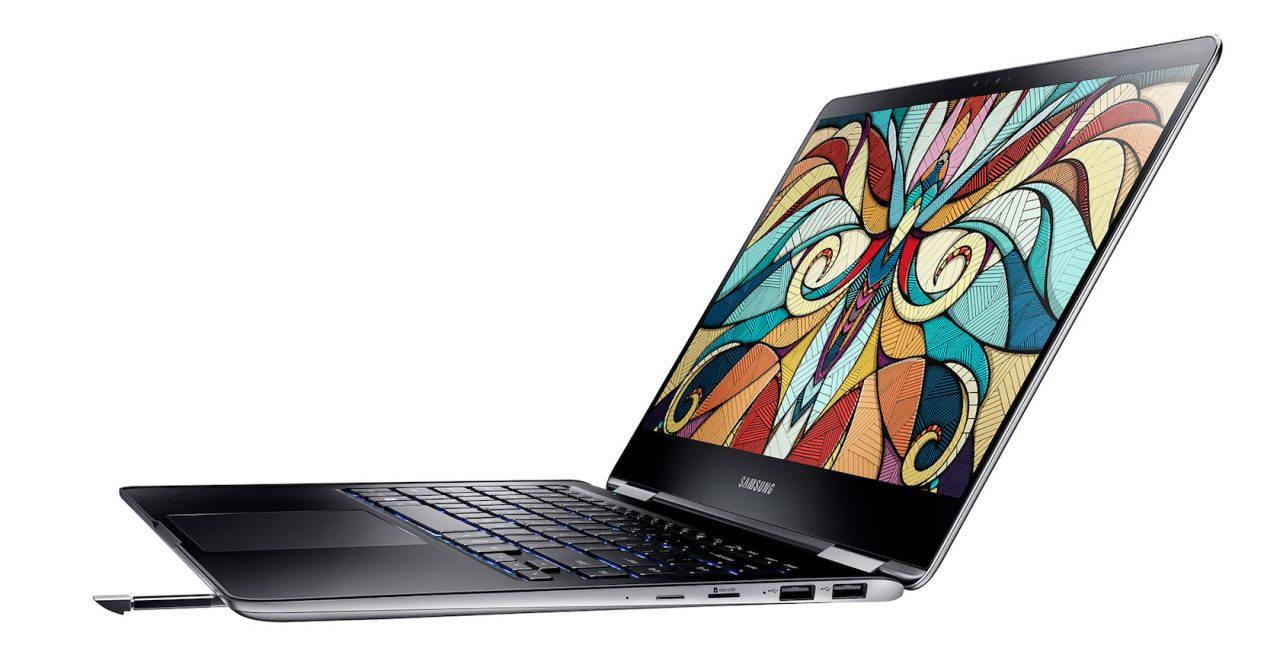 Twin 1.5W speakers and a 720p HD camera with IR support for Windows Hello are also standard, along with a dual-array digital microphone. The keyboard has 1.5mm travel. Both sizes pack a 54 Wh battery, with fast-charging support; thanks to the USB-C port, you’ll also be able to recharge with an external battery pack too.

Those with a Samsung Galaxy phone, meanwhile, will be able to remotely send messages through it, triage incoming calls, and access content stored on the device wirelessly from their notebook. No word at this stage on how long the battery will last for either the 13.3- or the 15-inch Notebook 9 Pro, however, nor how much either convertible will set you back.